Future of SMEs after Brexit

What does the future hold for SME’s in the wake of the UK’s vote to leave the EU? It’s not quite all doom and gloom 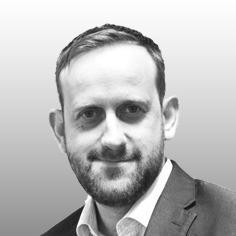 We’re in stormy, unchartered waters. The UK’s vote to exit the EU saw an immediate period of volatility in the financial markets as they look to offload their positions, which has seen the pound weaken against the dollar to a level not seen since 1985.

All of us are looking to the political establishment for clarity and a clear vision for the future as an independent state, but here we find ourselves with even more uncertainty.

David Cameron, our Prime Minister, has announced his resignation. Leader of the opposition Jeremy Corbyn is stubbornly refusing to accept what appears to be his inevitable demise when facing a vote of no confidence from his party, and now an official challenge to his leadership from Angela Eagle.

Nicola Sturgeon, the First Minister of Scotland, seems hell bent on forcing a second independence referendum, whilst talking up the prospect of Scotland remaining in the EU as an independent nation.

At the moment our United Kingdom does not seem particularly ‘united’, and all across the country opinion is divided regarding how the UK will survive this period of uncertainty.

So what happens next? Mark Carney has hinted that an interest rate cut could be on the horizon, while George Osborne’s recent announcement that he intends to cut corporation tax to somewhere around 15% has provoked further debate. This is unprecedented and would mean that the UK is by far the lowest corporation tax of any major economy. When you consider that the US is currently 39% and Germany 29%, this is going to make interesting news for UK businesses.

So what affect is this having in the construction industry? I have worked in the construction sector for many years and Brexit has been a topic debated at Board level for some time. We are a proud UK manufacturer with 10% of our £10m turnover being directly exported to Europe. We are laying the foundation to develop our business further in the US, so as an exporter could this help us?

A weak pound may not necessarily be a bad thing as most involved in UK business would accept that the pound has been over-valued for some time. A reduction in the cost of exports will undoubtedly see a rise in demand, which may potentially open up new, previously non-viable markets. However, this area of growth may be quickly impeded by any tariffs imposed by Brussels as part of a post-Brexit strategy.

What about importers? The UK imported £474bn of goods and services in 2015 from countries such as Germany, China, the United States and France, so a weak pound will inevitably see the price of imports rise.

We design and manufacture all of our products in the UK but as with most modern manufacturing companies, we import some raw materials and extrusions from both inside and outside the EU. Uncertainty in the global economy will almost certainly make importing materials more expensive, which affects our bottom line and potentially the retail price of our product to our customers.

The property market in the UK is critical to our success, with our customers falling mainly into the high-end residential market. London in particular has seen a huge amount of foreign investment in recent years with cash being splashed on extravagant developments. A weak pound and a supressed property market may prove beneficial to UK construction manufacturers: as cheaper property becomes more freely available, investments may actually rise.

So is it all doom and gloom? Not quite. But uncertainty makes many of us sat around the boardroom table uncomfortable and if we can’t rely on the political landscape calming down, we should look to our own business strategies. We need to make sure that we put in place the steps required to weather this storm and guarantee that the UK remains a prosperous place to do business.