Has the government reset the planning system? 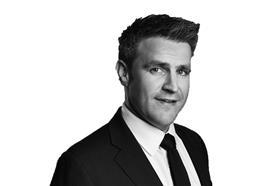 The previous package of ‘fixing the broken planning system’ reforms were prepared during the economically jittery post-recession years and therefore had a very pro-economic development undertone. Unsurprisingly, this time around its housing’s turn to take centre stage. The Prime Minister’s decision to unveil the National Planning Policy Framework (NPPF) consultation document herself is telling – this Government is serious about increasing housing delivery. Failure at the time of the next election is not an option.

Across the entire package of reforms, there appears to be a deliberate style shift away from the traditional approach of always applying local interpretation of national policy and guidance, towards a more formulaic ‘black and white’ approach. This, alongside nationally prescribed starting point housing figures and increased threats of Secretary of State intervention in plan-making, arguably heralds the dawn of the most centralised planning system for many years. The 2011 cries of ‘localism, localism, localism’ have long fallen silent in the corridors of SW1A.

Whilst formally requiring the re-introduction of strategic plans which would be politically untenable (regional plans or Structure Plans), there appears to be a discrete but strong encouragement within the NPPF consultation document for local councils to push towards strategic plan-making.

The biggest elephant in the room with the most potential to make inroads to fixing the housing crisis is not only the release of land from the green belt (although this is necessary) but the role that a new programme of Government-led housing construction could have.

The existing NPPF focuses on the preparation of a single all-encompassing local plan containing strategic and detailed development management policies. However, these plans take a long-time to prepare and result in plan-making that is unresponsive to rapid change. Such detailed plans also do not easily lend themselves to being jointly prepared with neighbouring authorities.

This encouragement to local councils to prepare individual or joint strategic plans, ideally covering a number of authority areas, is clearly to be welcomed. Indeed, such pragmatic concepts are already evolving in areas such as Oxfordshire, Warwickshire and the West Midlands, and accordingly seem to be the direction of travel.

From 8 April, legislation came into force requiring local councils to review their local plans every five years. However, disappointingly, the draft Planning Practice Guidance (PPG) outlines that this only requires a local council to go through a process to consider whether the plan as a whole or in part should be updated and to publish a timetable for any revision.

That said, the clear requirement to consider a local plan review on a regular basis and that this review should be ‘completed’ within five years, should mean that where there are material changes in circumstance, local plan reviews happen much more frequently – which must be welcomed. If a council did not carry out such a review, the onus would shift from the applicant / appellant to the local council to demonstrate that the policy or plan remains up-to-date.

The infrastructure delivery carrot associated with large strategic sites is often attractive for many local councils. However, some large strategic sites can have longer lead-in times. To ensure more of a balanced portfolio of sites the Government proposes that 20 per cent of sites allocated in Local Plans should be half a hectare or less. However, whilst this is welcome in theory, it lacks practical understanding. On the Government’s logic, if the role of small sites is to make any meaningful contribution then it should presumably be at least 20 percent of the housing requirement as opposed to 20 percent of sites?

The Chancellor’s financial backing to housing delivery in the Autumn Budget and Spring Statement is welcomed. However, whilst on first glance the level of funding support appears significant, let us not forget that this funding is spread over five years and is intended to help build over 1.5 million new homes. Therefore, whilst welcome, the Chancellor’s financial support is likely to only represent a small but positive contribution to solving the housing crisis.

Fixing the housing crisis will not happen overnight, and is unlikely to be achieved ahead of the next election. Indeed, successive Governments have tried and failed to solve it through planning system reforms. However, the biggest elephant in the room with the most potential to make inroads to fixing the housing crisis is not only the release of land from the green belt (although this is necessary) but the role that a new programme of Government-led housing construction could have.