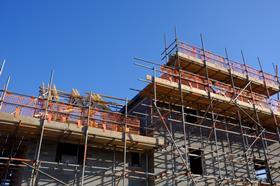 The government is pressing ahead with controversial plans that will dramatically increase housing targets across large swathes of the south of England.

Sajid Javid, secretary of state for housing, communities and local government, told parliament this week that the government is introducing a standardised methodology for calculating housing need at the individual council level.

The new formula, which is being introduced via alterations to the National Planning Policy Framework (NPPF) introduced on Monday, replaces the existing system under which planning authorities can decide how to measure their local housing needs.

It is understood a paper outlining the details of the new formula is due to be published this week.

A draft version of the new methodology, known as “objectively assessed need” was unveiled in a consultation paper issued last autumn, sparking a backlash.

The document, entitled Planning for the Right Homes in the Right Places, contained a table showing that some local authorities were likely to see a doubling of the official assessment of the number of new homes needed in their areas, mainly in the major cities and south-eastern shire counties.

Announcing the revisions to the NPPF this week, Javid said that the formula would be “no different” from that set out in the September consultation.

Reflecting the concerns of the Conservative Party heartlands, the publication of the consultation document led to the establishment of a new all-party parliamentary group to defend the green belt, chaired by Reigate MP Crispin Blunt.

Javid told the House of Commons that the new formula for calculating housing need will be “a big improvement on the current situation in which different councils calculate housing need in different ways, wasting time and taxpayers’ money”.