While the government is preoccupied with Brexit, the housing crisis has been laid at the door of local authorities and developers 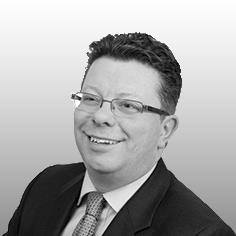 There are things we know we know; the British housing market is in crisis, for example, and there are not enough homes to go around, affordable or not. We also know there are known unknowns. Since the Leave campaign admitted on the 24 June last year that it hadn’t actually planned for Brexit, none but the most ardent Eurosceptic will claim to have fully envisaged the sunny uplands waiting for us after leaving the EU. So the publication of housing white paper last month revealed a perfect storm of unknown unknowns. And that, with no apologies to Donald Rumsfeld, is where a real problem lays for our development and construction industry and this country.

While the government is preoccupied with Brexit, drawing together its negotiating tactics and overall strategic approach for triggering Article 50, the housing white paper effectively just passed the buck and laid the housing crisis at the door of local authorities and developers. But the two things are indelibly linked - and the result is that it raised more questions than it answered.

Despite chronic cuts threatening their statutory services, councils have been blamed for failing to allocate enough land for new housing requirements. Too slow. Too unresponsive. And so they have been told that those who fail to meet 65% of their housing need targets by 2020 will effectively be stripped of their right to control where homes are built. Research indicates that 125 councils are not meeting targets and, as currently stands, those face a fate of rubber stamping planning applications due to a the presumption in favour of sustainable development.

Even if central Government support materialises in the form of funding so that regenerated planning departments are able to engage with and fast track applications for housing, where is the ability for a council to force a developer to reach completion on a scheme?

There’s a move to reduce the period a planning permission lasts to two years, but how can the construction industry move faster when, without clarity on the fate of EU nationals already here, it is getting harder to find builders?

There’s a move to reduce the period a planning permission lasts to two years, but how can the construction industry move faster when, without clarity on the fate of EU nationals already here, it is getting harder to find builders? Housing developments are not created in isolation; the rest of the UK still requires infrastructure- including resource-hungry power stations, transport, and logistic hubs. How, while access to the single market looks precarious at best, do you commit to supply contracts for raw materials or modular units from overseas?

And while the local authorities and industry grapple with the practical problems of delivery, overarching principles governing the country’s built landscape seem to be less certain. Let’s hope, and assume that it must be correct, that government is also looking at the future planning and environmental framework. News emerged recently that the EU Habitats Directive will be repealed more definitively than most regulations. And urban parks are under considerable strain – a committee of MPs recently reported that existing parks are at tipping point, unable to be maintained on account of core central funding cut-back on budgets. Armies of volunteers are required. Does this mean then that existing parks will simply be abandoned and instead, developers will be promoting new parks as part of their wider schemes with large commuted sums?

The three pillars of a sustainable development (economic, social and environmental) must be properly articulated sooner rather than later to ensure that in the rush and in the need to build, the UK is still an attractive place to live, move to and be part of. Without a workable and, ambitious vision for our brave new world, the unknowns look and feel like they are going to loom large.