We need to build 300,000 to meet growing demands of a growing population. But we need to adopt a joined-up approach to housing and transport in order to succeed 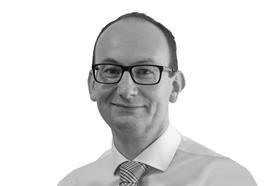 The UK population is set to soar by 3.6 million over the next ten years, taking us to over 69 million by 2026. If we’re to take a global lead, post-Brexit, we need to provide people with the opportunity to live and work where they can be productive and contented members of society.

But to deliver the 300,000 homes per year targeted by government to solve our housing crisis, we need to adopt a joined-up approach to housing and transport. By doing so, we can look to major infrastructure projects, like HS2 and Crossrail, as catalysts that will regenerate our towns and cities.

Just look at London Bridge Station and the capacity boosting Thameslink Programme that enabled it. For more than a decade, WSP and its partners have worked to allow Network Rail to complete its biggest station project – an innovative transport hub capable of serving up to 96 million people a year.

It serves as a great example of how transport-led development can support urban regeneration. The whole area has been revived; alongside the Shard, Shard Place and News Building, there have been more than 11,000 new homes built over the past six years. But was this achieved through a cohesive plan from the original Thameslink concept, or did the regeneration simply follow the transport investment?

As a regeneration hotspot, HS2’s Old Oak Common station offers an even bigger opportunity than London Bridge. And as the station designers we are excited to play a role in the creation of the 25,000 new homes and 55,000 jobs that the project is promising to bring, just to the local area.

The Department for Transport “Guidance to Rail market-led proposals” calls for the private sector to share its ideas for investing in the UK railway, acknowledging that without a cohesive approach we might not overcome challenges in the UK. This is a clear opportunity for the private sector to develop transport hubs or build over the railway corridor to unlock land on which to develop much-needed housing, retail and leisure facilities.

London Bridge and Old Oak Common offer a blueprint for transport hubs that meet much more than just transport needs. By applying the same approach to other station redevelopment opportunities, we can help make our cities and infrastructure ready for the future needs of a growing population.

Below are two more examples of projects from which learnings can be gleaned.

The publicly funded California High-Speed Rail, which will connect San Francisco to Los Angeles in less than three hours, is set to open up development opportunities along the whole route.

A good example of Transport-Led Development can be found on the line’s northern terminus with the Transbay Transit Center. WSP is currently working on a proposed five-acre public rooftop park, as well as on the Transbay Tower, an office high-rise adjacent to the centre.

The Transbay Transit Center will accommodate 11 mass transit systems under one roof providing extensive transport connectivity which will serve as a catalyst for further development.

WSP has been commissioned by FUT, Stockholm County, to develop the design of the the metro extension from Odenplan to Arenastaden .

From Odenplan, the subway extends to Hagastaden which is a brand new neighborhood with a mix of hospitals, universities, research institutes, companies, housing, culture and services that connect Solna and Stockholm.

The new station at Södra Hagalund will provide opportunities for Solna to build more homes.

The line will terminate at Arenastaden which is a neighborhood on the rise; close to the Friends Arena and the Mall of Scandinavia this area has a range of new housing and thousands of workplaces in development.