There is a lot going on in the development of smart city concepts, but what are they prospects for us, mere humans? 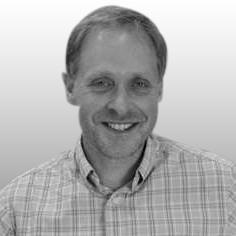 There is a lot going on in the development of smart city concepts. Tremendous excitement is building with regard to the integration of city systems. In all of this, I wonder what prospects there are for us - mere human city inhabitants - to get somewhat sidelined and designed out.

Can machines really put us first and care about our needs ? Behind them sit our dear IT friends and their software programming kith and kin - one might argue not always the quintessentially empathetic and humanistic amongst us ?

I generalise of course, but how often do we feel utter fools by such sideways comment as ‘did you not turn if off and then back on again first ?’ Imagine that on a city scale.

Possibly announced (Middlesbrough style) through a speaker attached to a lighting column: “Doh ! …..Yes, I was just sick in that bush, but it is 4am and I am after all a student going through a hyper socio-pyschological development programme that is called growing up in the modern world.” “Sorry, buster, but your infringement is now permanently recorded.”

We see the idea of a smart system telling us - which way to travel, where to find the nearest restaurant or cafe, and how to go about our business in the city.

Google glasses to record our meetings, sensors to know where and indeed who we are, a third party memory through shared knowledge and “lifestyle patterning” to suggest what we might want to do today. Not just “Have a nice day” but: “Have you thought that you might have a nice day if you …”

American economist Jeremy Rifkin tells the story of a seminal board meeting at a large US corporation where they are said to have discovered in the last great depression of the 1930s that manipulation - and most notably the inculcation of a feeling of inadequacy - is a great way to sell.

This whole thing could find a new level. Who is going to pay for all of these smart city systems after all - in an age of austerity and government withdrawal from risky investments - other than very large and smart organisations. Not feeling on top of the world ? Come to my emporium 0.05km away and spend your way out of it !

Additionally, a key driver of city living is anonymity and to ability to re-invent one’s self, to grow, develop, make mistakes and learn. Does ubiquitous and permanent connectivity - a kind of fixity - somehow restrain this.

In small communities you can only ever be who you were when you first went there ? That’s one of the reasons people escape to the city. But in a smart city, your arrival will be keenly awaited, and quite possibly your purchasing, lifestyle and even maybe your voting habits keenly reinforced ?

Is there ironically, the danger that smart cities will impose the kind of sociological and behavioral restrictiveness more common to smaller communities?

To what extent is this all being thought through? Where are the democratic processes in all of this? Most fundamentally, I believe that we have to create the idea of a digital commons, and the acceptance that we can chose to be anonymously participant, but also receptive in a way that suits us. Having a bad day, late and hungry? Yes, but bugger off. It’s none of your business.