Employers must work with government to clampdown on illegal working 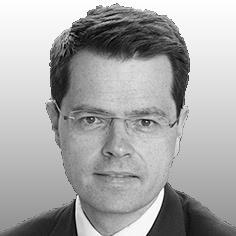 Illegal working poses a significant threat to the construction industry.

Employers who refuse to play by the rules have an unfair and unacceptable advantage over those who do. Moreover, they are exploiting the illegal migrants they employ, damaging the reputation of the industry, driving down wages, and denying employment to hard-working UK citizens and legal migrants.

We know the nature of construction work means that the industry can be particularly exposed to the risk of illegal employment, due to historical skill shortages, reliance on transient labour, and forged identity documents being used to gain access to work.

But great progress has already been made in tackling the issue. This Government has been engaging with employers keen to maintain the integrity of the sector, and working with them to stamp out illegal working. And we are doing more.

On 11 October we launched the first UK-wide enforcement initiative targeting those in high risk sectors - beginning with the construction industry - who employ and exploit illegal migrant workers.

The construction industry has worked extremely hard to improve all aspects of health and safety. Employing illegal workers who are unskilled and lack the correct training will jeopardise that hard-won reputation

This is part of the Government’s concerted effort - backed up by the measures included in the new Immigration Bill currently going through Parliament - to create a controlled immigration system that truly works in the best interests of the whole country. New measures, including increased punishments for rogue employers and tougher sanctions for those working illegally, will make it harder for people to work and live in the UK illegally.

Employers within the construction industry have a critical role to play in preventing illegal working and ensuring compliance with our immigration laws by ensuring they carry out “Right to Work” checks. These are simple, straight-forward checks that will let employers know if potential employees have the right to work in this country.

We have made it much easier for employers to conduct these checks. The rules have been strengthened and simplified and we have reduced the frequency of checks and the range of documents needed.

But we will be taking robust action against employers who break the rules. We will make it easier to prosecute employers who use illegal labour - and for those convicted, we will increase the maximum prison sentence from two to five years.

Failure to comply will also have serious financial repercussions - we have doubled the maximum civil penalty to £20,000 for each illegal worker employed. In 2014 we collected £7m in civil penalties from employers across all industries who hired illegal workers, the highest annual total since the scheme started in 2008. Through the current Immigration Bill illegal workers will face the prospect of having their earnings seized and employers could have their businesses closed and face prosecution if they continue to flout the law.

The construction industry has worked extremely hard to improve all aspects of health and safety. Employing illegal workers who are unskilled and lack the correct training will jeopardise that hard-won reputation. Employers should remember that hiring illegal workers also risks invalidating insurance and liability cover.

The support we have experienced within the industry so far has been very encouraging, and I hope legitimate employers will welcome these new powers, which will help us improve the industry for everyone and build a stronger economy.

James Brokenshire is immigration minister at the Home Office