Inspiring more than one generation…

It’s no secret that different generations of people are moulded and shaped by the social, economic and political environments within which they grow up, but it’s only by understanding these influencers and resulting attitudes that one can empathise, inspire and get the best from a colleague 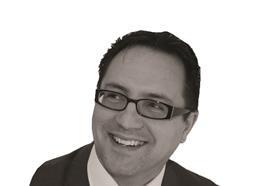 One of the most rewarding things in construction, or any industry for that matter, is the achievement of a goal or objective through teamwork. This is particularly the case when the teamwork is performed by people of multiple generations.

We work in an industry where many of the people who ‘call the shots’ are of a baby-boomer generation, born in the post-World War Two baby-boom between 1946 and 1964. However, those who need to respond and be inspired are from either generation X born, 1965-1979, or the much talked about millennial generation (often referred to as generation Y) born between 1980-1995. Those that come after the millennials, generation Z, or sometimes referred to as screenagers, are still being understood!

It’s no secret that different generations of people are moulded and shaped by the social, economic and political environments within which they grow up, but it’s only by understanding these influences and resulting attitudes that one can empathise, inspire and get the best from a colleague. Everyone has something to offer, but often alternative views or ideas are overlooked or dismissed because the person in charge of the issue at hand is unable to relate to that way of thinking, so it must be wrong or a bad idea, mustn’t it?

There are now some quite striking differences in attitudes and thought processes between the over 50s and the under 25s: but the truth is that those generations can learn and be inspired from one another. The over 50s have grown up within a culture of a strong work ethic, placing emphasis on words such as relationships, results and career; hesitant of taking too much time off work for fear of losing their place on the team.

The ‘youngsters’ appreciate a more balanced approach to life, but with a work ethic of ambition, multi-tasking and being entrepreneurial, with emphasis on words such as global and networked. There are fascinating differences in the workplace, which are often brought alive in amusing moments, such as when a reference to ABBA, for example, is met by the youngsters with a question - which immediately makes one feel rather old! In the same conversation, any mention of Love Island is met with equal vagueness from the more mature amongst the office.

So, to achieve great results and create a high performing work environment, forget the ’who’s right and who’s wrong’ approach and start seeing challenges and opportunities from the many valuable angles that exist within the workforce.

Iain Parker is a partner in Alinea Consulting