Legal: a matter of principle

Lindy Patterson on how even if the employer is partly responsible for a delay in completion, the contractor may be liable for liquidated damages 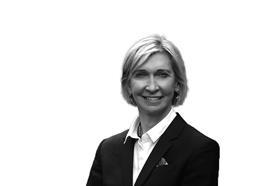 This case is a reminder that the word of the written contract almost always reigns supreme. The ability to imply terms – such as, here, through the prevention principle – is increasingly uncommon, as contract drafters try to cover every eventuality.

The judgment in question is North Midland Building Ltd vs Cyden Homes Ltd from the Court of Appeal in July 2018. North Midland was the contractor and Cyden Homes the employer on the construction of a large private home. The judgement concerns interpretation and enforcement of an amended extension of time clause under JCT. The contract was governed by JCT Design and Build 2005. The amended clause provided that, to the extent the completion date had been delayed by concurrent events where one was contractor’s risk, the contractor would not be entitled to an extension of time.

North Midland had claimed an extension for certain delay events which were rejected on the basis that any delays arising from these events “have been consumed by culpable delays attributable to North Midland”. North Midland sought declarations as to the meaning and effect of the amended contract clause. It argued that in the circumstances of concurrent employer and contractor delays, time became “at large” and that the employer could not recover liquidated damages. This was on the basis of the application of what is known as the prevention principle.

It argued that the amended extension of time clause could not alter that fundamental principle.

The principle is most often argued in claims for delay to the completion date and the application of liquidated damages. To avoid triggering the prevention principle, most standard form contracts have, as a ground for an extension of time, “employer acts of prevention or impediment”. This then preserves the employer’s right to damages beyond a later completion date adjusted to reflect the consequences of the employer’s acts.

But what about when the same period of delay is caused by employer and contractor risk events? Lord Justice Coulson, who gave the leading judgment in the North Midland case, said what happened under JCT when there was concurrent delay was not free of doubt. He referred to Walter Lilly vs Mackay, where Mr Justice Akenhead said: “I am clearly of the view that, where there is an extension of time clause […] and where delay is caused by two or more effective causes, one of which entitles the contractor to an extension of time as being a relevant event, the contractor is entitled to a full extension of time.”

The court examined the wording of the amended extension of time clause, and did not see any ambiguity there. Then it looked at whether any overarching legal principle would prevent the contract term regarding concurrent delay being given effect to.

The extension of time clause did allow for an extension for employer’s acts of prevention. One of the relevant events was “any impediment, prevention or default whether by act or omission by the employer except to the extent caused or contributed to by any default whether by act or omission of the contractor”. The court therefore found that time could not be at large in these circumstances.

Lord Justice Coulson found that the separate clause dealing with the effects of concurrent delay was unconnected to the prevention principle.

Most importantly the court found that parties can “contract out” of the effects of the prevention principle. There is no legal principle that prevents them doing so. That is what parties did here. They had drafted an extension of time clause that would operate in the employer’s favour even though both employer and contractor were to “blame” for the delay.

The court concluded by stating that parties had by their drafting sought to reverse the Walter Lilly outcome and provide that the employer should benefit, despite any employer act of prevention.