NEC4 Alliancing Contract: Let’s do this together 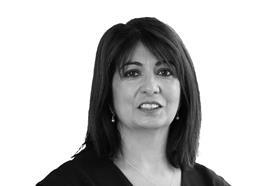 Alliancing, and specifically the new model of procurement under the NEC4 Alliancing Contract (ALC), is steadily gaining momentum. National Grid, Network Rail and the UK’s water industry have all used alliancing successfully. Highways England recently moved to the alliance procurement model under the ALC for its £4.5bn Smart Motorways Alliance.

Alliancing, in general terms, can be described as a single agreement bringing together a collaborative and integrated team that includes the client and an extended supply chain; the team share a set of common goals that meet client requirements and work towards common incentives. An important feature of most alliance agreements is that the risks are shared, as is the commercial return. The parties to an alliance agreement are, in theory, aligned so that the interests of all participants are as equal as possible and the level of integration is high.

Alliancing can take different forms. What are the key points to note from the ALC?

For perhaps the first time in a standard form contract, the ALC includes an agreement that a single breach will not give rise to an enforceable right, except for client and partner liabilities

The client and the delivery team are also required to act in a way that is best for the project, rather than their own interests. This emphasises the need for a real change in mindset, culture and ways of working.

The alliance board is key to the operation of the ALC. It is made up of one representative from each member of the alliance. The importance of the alliance board is shown by key aspects of its role under ALC, which include setting the strategy for achievement of objectives, allocating work, appointing and instructing the alliance manager and resolving disputes. It is important to note that for the alliance board to make a decision, agreement of all members is required, save in limited circumstances such as termination. This is a common position in “pure” alliance agreements, but without any deadlock resolution mechanism it could create difficulties.

The ALC includes a complex liability position. The regime allocates liabilities between the partners, which are required to reimburse each other for costs incurred as a result of their liability. This is similar to an indemnity, which can increase one’s exposure to risk on a project.

Both the partner and client liabilities include “an intentional act or omission to not comply” with their obligations. This appears to be trying to capture the concept of wilful default, which is a common exception to the no-claims approach of “pure” alliance contracts. However, the scope of wilful default under the ALC is much wider and less clear than would ordinarily be the case in other forms of contract.

Unless particular options in the ALC are chosen, the partners’ liabilities are unlimited and, unlike other “pure” alliance contracts, the contract has no scope for an aggregate limit on liability. Generally, the liability provisions under the ALC should be considered very carefully and amended if necessary.

The contract requires the usual core insurance policies, but note that it is silent on professional indemnity (PI) insurance. This is not unusual in a “pure” alliance contract, as claims in respect of design issues – one of the key areas that PI insurance is intended to cover – would be inconsistent with the no-claims culture. However, PI and other insurances such as an owner-controlled insurance programme or integrated project insurance can be included in the ALC if and when required.

One of the key differences in the ALC compared with other NEC4 forms is the approach to dispute resolution. For perhaps the first time in a standard form contract, the ALC includes an agreement that a single breach of the contract will not give rise to an enforceable right, except for client and partner liabilities (as mentioned above). If a dispute does arise, the main course of action is to refer it to the alliance board. As noted, this process could create problems since the alliance board requires unanimous agreement.

The effectiveness of the no-claims provisions has not been tested by the courts and may be found to have little effectiveness in overruling the courts’ jurisdiction. Furthermore, a common exception to the no-claims position is non-payment and/or the right to adjudicate, which cannot be excluded if the 1996 Construction Act applies, as it will to most contracts in the construction industry.

Despite the laudable aspirations of this form of procurement, the ALC, like any form of contract, will require some negotiation and amendments in order to reasonably protect each alliance member’s interests, including their insurance coverage. It may, however, be more difficult to do so – trying to strong-arm the other project partners into accepting a large number of amendments may detract from the collaborative spirit these agreements are meant to encourage.