Lindy Patterson explains a key principle of contract interpretation, based on a presumption against the use of surplus words 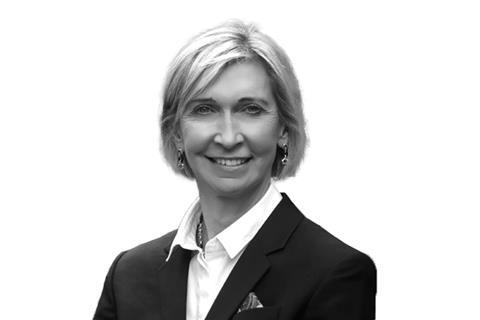 Much is written about the general principles of contract interpretation and to what extent the judgments in Wood vs Capita and Arnold vs Britton have changed or been finessed these over the past few years.

There are, however, certain linguistic “rules” or guidelines to interpretation which, although secondary, can provide a useful starting point in interpreting a provision or a set of words. One of these is the eiusdem generis principle.

Eiusdem generis means “of the same kind or nature” and this may be relied upon in contract interpretation where there is a list of specific items followed by a wider description (note: never the reverse order).

In general terms this principle provides that where words of a particular class or group are followed by general words, the general words are interpreted as being restricted to items within the same class as those preceding it.

The rationale of the eiusdem generis rule is a presumption against the use of surplus words. If the intention was that the general words have a wide meaning, there would be no need to list specific examples – they would be surplus. It is also about words being limited to the subject matter in which they are being issued.

The type of phrase to which this principle may apply is best illustrated by a few examples:

The application of this rule is not without controversy, with some judges stating that there is no place in contract interpretation for such a rule. In the Transocean vs Providence case, the trial judge interpreted the exclusion of liability clause and the meaning of the words “ loss of use” with reference to the eiusdem generis principle.

This principle provides that where words of a particular class are followed by general words, the general words are interpreted as being restricted to items within the same class as those preceding it

This concerned a contract for hire of a drilling rig where drilling operations were suspended by reason of a blowout, and the issue was to what extent Providence could recover its third-party costs incurred, but wasted, as a result of the delay. It turned on the definition of consequential losses in the contract, within which loss of use was mentioned and for which each party had agreed to bear its own losses.

He took the view that, as this limitation of liability clause listed seven other types of loss, all of which were types of loss of income, he would interpret “loss of use” in a restricted way as referring to loss of use of property or equipment. That is, he would apply the eiusdem generis principle.

This was overturned on appeal when the Court of Appeal stated that this principle had no application to the clause especially where the words “without limitation” appeared immediately after the defined term.

So, when does this principle apply?

There appears to be no presumption one way or the other that a list of events followed by a general description should be interpreted eiusdem generis. As every part of a document must be considered in construing any one provision, it would go against that approach if eiusdem generis were always to prevail.

Questions may arise, for example, as to what is meant, at the end of a list of specific causes of delay, by the words ‘by any other cause’. Does that limit these other causes to those of the same type? as listed before it?

Equally, there is no presumption against its application.

However, those drafting contracts over the years have adopted certain language to signal when this principle is not to apply. These include the words “without prejudice to the foregoing generality” or “whether or not similar to the foregoing”. Alternatively, use of the word “whatsoever” following the general category can achieve the same effect.

In the shipping case of Laconian Confidence, the judge stated that use of the words “any other cause” should be construed either eiusdem generis or in some limited way but that if the clause had been amended to include the word “whatsoever” that would have displaced the principle.

None of this is determinative as to when the principle will apply, but there are useful pointers here when seeking an answer to the question “what do these words mean?”.