Legal and regulatory hurdles are making offshore wind power unneccessarily expensive. Before the next round of projects is procured, we need to cut the costs in half 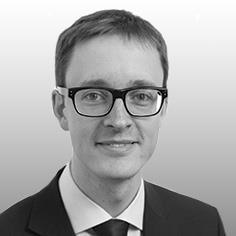 We didn’t need the threat of Russian gas taps being turned off to appreciate that the UK’s energy needs require some hard decisions to be made over the next few years. With existing nuclear capacity going offline and the promised boom in shale gas fracking not yet here, the need for offshore wind power is still present. But it faces some significant hurdles before the next round of projects can be committed to construction.

As Simon Rawlinson commented in these pages, since Christmas we have seen the cancellation of approximately 3.2GW of planned capacity. Potential financiers of the round three projects are looking at the likely costs of construction and comparing them to the strike prices available for the power once it is finally generated - and as yet the numbers are a little tight for comfort.

Costs of construction need to be cut in half if they are to rival those of a gas-fired power station, and pound for pound offshore wind by some measures is still more expensive than nuclear power to construct.

Much of the blame for this cost can be placed on the complexity of building larger and relatively untested projects in progressively more hostile environments. As the sites move further offshore, the complex technologies for foundations, cabling and turbines become exponentially more complicated.

In the 14 years since Blyth Offshore Wind Farm was constructed, a phenomenal body of expert engineers and contractors has grown up in the UK and around the North Sea. But despite their extensive experience and continued efforts, the projected costs of the new super-projects remains stubbornly high. But not all the blame can be laid on technical hurdles: if we are serious about reducing the cost of these projects and getting them built, the legal and regulatory framework also needs to be addressed.

Many suppliers have commented on the need for greater transparency and more consistency in the tendering process for the next round of development. The various projects to date have been carried out under differing procurement regulations - or have been outside the scope of the European Public Procurement Regulations entirely. The result of this is that potential contractors are not necessarily being asked to tender on the same works.

In this arena the methods and logistics of construction are also being developed as much as the technology itself. As a result, the failure to treat tendering contractors on a level playing field may mean that developers will not be receiving truly comparable prices. Potential benefits may also be lost where a purchaser chooses to adapt certain advances proposed by a contractor and then to apply them in a piecemeal fashion to other tenders.

With the enormous projects under consideration, tendering costs for contractors will be very large, and so efforts will need to be made to ensure that contractors can keep such costs to a minimum. A lack of transparency means that contractors will be second guessing a purchaser’s intentions which in turn results in wasted expenditure. And wasted costs will eventually find their way onto the construction cost.

Because of the nature of the market, competition laws may also operate to keep costs high. However, a stricter procurement regime may also be necessary to enable parties to talk to each other without running into the problems of collaboration in such a small market. The sharing of commercially sensitive information between competitors could of course infringe competition law.

Despite its recent and rapid growth, the offshore wind market is made up of only a handful of major players on the developer side. Equally there are few specialist contractors capable of undertaking some of the particular tasks required in these projects. For them to collaborate without careful planning on matters of design, methodology or even sharing the use of specialist equipment there is a danger that co-operation between tendering contractors could be seen as attempts to carve up an already limited market.

A third issue is red tape. Many of the regulatory hurdles imposed in the UK market are currently making German, Dutch and Danish projects appear cheaper in many respects. Frequently this is due to a lack of consistency in applicable design standards (cable burial depths, foundation specifications and such like). A lack of harmonisation means that each new project has to reinvent the wheel on so many issues that costs are pushed up unnecessarily.

RenewableUK and others are working hard to deal with these issues. It is only through improved communication across the industry that we will manage these legal and regulatory hurdles and drive down the costs of procurement to levels where the projects will start up.

Robert Blundell is a partner at Holman Fenwick Willan