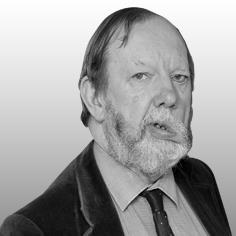 Paul Everall has been chief executive of LABC, the representative and promotional body for building control teams working in local authorities, since its formation in 2005. In that capacity he is a member both of the Buildings Working Group of the Green Construction Board and of the Maximisation of Energy Efficiency of Buildings Forum set up by the government in support of the Green Deal.

Prior to that Paul spent almost 40 years in the civil service in a range of jobs, all in the field of environment and transport and culminating in 14 years from 1991 as head of the building regulations division in the Office of the Deputy Prime Minister. During that time he oversaw a number of improvements to those regulations on sustainability, in particular several strengthenings of the energy efficiency requirements. He helped Andrew Stunell take his Sustainable and Secure Buildings Bill through Parliament. Earlier in his career he was responsible for legislation requiring the environmental restoration of old mineral workings.

Paul lives in Dorset, and as part of his charitable work there he chairs the West Dorset Partnership and its Climate Change Group, and helps distribute European Commission rural funding through the Chalk and Cheese programme.