There has always been a gap between productivity levels in UK construction and those in most other sectors. Unless we focus on the reasons for this, we’ll always be underperforming 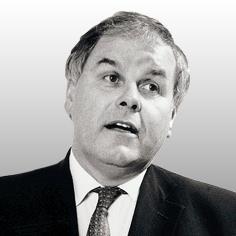 At the beginning of February the House of Commons Business Select Committee published the results of its inquiry into the government’s Productivity Plan. The Specialist Engineering Contractors’ (SEC) Group submitted evidence to the committee.

In July last year the government published its Productivity Plan. Construction hardly featured in the plan. The Select Committee has criticised the plan as lacking specifics and the means to measure progress on improving productivity.

There has always been a gap between productivity levels in UK construction and those in most other sectors. According to the latest Office for National Statistics (ONS) statistics this gap is growing. The prime reasons are:

Unless these are adequately addressed, productivity levels in construction will remain below those of other sectors. Unfortunately the government seems to have relegated to the sidelines the previous coalition government’s industry strategy for construction, Construction 2025. At present the government doesn’t have a plan for the construction industry.

Unlike many other sectors, construction firms deliver their outputs in conjunction with other firms as part of the process of delivering projects. Individual firms have little influence on how projects are procured, on the design solutions and on the risk management processes. As part of a very disaggregated and fragmented supply chain they have to work around project practices and processes which are often inefficient and positively harmful to their businesses.

By way of example, the cost of re-design and re-work due to design shortcomings and poor or late information tends to fall on SMEs in the supply chain. Construction collaboration platform GenieBelt.com has estimated that £2bn is spent annually on re-work; this comes at a time when the industry is complaining of skills shortages. If we were enabled to make more efficient use of our existing skills base we wouldn’t need to whinge so much about skills shortages.

As far as government procurement is concerned an attempt was made to address this state of affairs by the Cabinet Office in 2011 when it published its Construction Strategy for government clients (an updated strategy is expected shortly). The strategy recommended the piloting of three model procurement routes. One of these was Integrated Project Insurance (IPI).

IPI facilitates a far more efficient approach to procurement and delivery by allowing for early appointment of supply chain firms to “buy into” the key decisions on design, planning, risk and cost. The emphasis is on collaborative working with the team coming under one insurance umbrella. The insurance policy underwrites the cost plan subject to an excess shared by team members.

While this initiative remains the best hope for improving construction procurement and, thus, the productivity of the firms involved, there has been little enthusiasm on the part of government to put forward pilot projects. However, the first IPI pilot is now under way and it is hoped that others will follow.

“The City regards construction as a business that is unpredictable, competitive only on price not quality, with too few barriers to entry for poor performers,” wrote Sir John Egan in 1988.

Reputable SMEs in the industry regularly complain that they do not compete on a “level playing field”. They are disincentivised to invest to any great extent in the drivers of productivity - such as upskilling of staff, innovation and technological advances - because they are often out-bid by firms which offer lower prices; such firms have little or no interest in investing in training or technology.

Furthermore the general lack of enforcement of existing regulations governing standards across the industry only serves to encourage entry by businesses which often do not intend to comply with the relevant standards.

By far the greatest barrier to improving productivity in construction is the widespread abuse of the payment process - lengthy payment periods, late payment and spurious reasons for non-payment. The only initiative which is having an impact is project bank accounts but, because they are so effective, some large companies have set out to bamboozle clients into believing that they are too costly and/or bureaucratic. The National Audit Office has observed that non-enforceable payment charters are about as useful as an ashtray on a motorbike.

The cashflow uncertainty in the industry presents a major obstacle to small firms when seeking to borrow from banks. Unless cashflow security is improved, there’s no reason to believe that the problems facing SMEs in accessing finance will reduce. This has, of course, adverse implications for productivity.

If the government’s Construction Leadership Council is to show its mettle it will need to focus on these structural weaknesses. In a report on construction at the beginning of the recession the Business Select Committee observed: “Unreliable rates of profitability have repercussions on the sector’s approach to investing in areas such as training and innovation, which are likely to be exacerbated under current market conditions”.

It is almost eight years since this statement. Unless decisive action is taken now, we’ll be saying the same in eight years’ time.