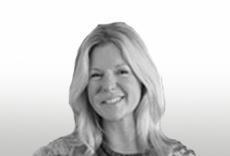 Falling property prices and a spike in repossessions has led to an increase in lenders making allegations of negligence against surveyors. Losses to professional indemnity insurers (PII) are believed to exceed £500m against total professional indemnity premium income of less than £40m a year from the first £1m of insurance purchased by every RICS regulated UK firm.

As a result, the PII rate for valuations for lending has increased to as much as 15% of related fee income. When compared with a rate for project management of as little as 0.75%, it is understandable why some believe valuation exposures are almost uninsurable and the future of the valuation profession is threatened.

Against this gloomy backdrop, surveyors with low levels of or no valuation exposure, for example project managers, quantity surveyors and building surveyors, remain attractive to insurers and have experienced a reduction in PII rates.

While these disciplines are not immune to allegations of negligence, claims are more predictable, less frequent and easier to avoid. Valuations have always been considered higher risk than other surveying disciplines.

For the valuation community there are some key “events” that may have a positive impact over the longer term:

Summer 2013 is broadly considered to represent six years past the peak of the property market. Therefore claims relating to valuations done at (and before) become vulnerable to a limitation defence

In recent court cases, for example Paratus AMC vs Countrywide, decisions have been reached that favour the surveying profession where the claimant’s own actions are found to be partially responsible for the loss. In Paratus, the defendant was found not to be negligent, but the court held that even if negligence occurred the lender’s conduct would have justified a reduction of 60% of any damages due as a result of its contributory negligence during the mortgage application and approval process. It is hoped these cases will discourage lenders from pursuing embarrassing claims to trial

Implementation of the Jackson reforms

Lenders have relied on ATE insurance and CFAs to fund cases against surveyors at no risk to themselves. That luxury should end from 1 April 2013 when the costs reforms, resulting from Lord Justice Jackson’s review of civil litigation costs, are implemented, meaning that lender claims will be less financially viable

The RICS’ consultation and report about PII – published in October - raised the profile of the issues valuation surveyors face and encompassed some valuable recommendations, particularly an increased use of alternative dispute resolution. However, there is nothing in the report that will instantly halt notifications and so it will not have an instant impact on PII premiums.

In the immediate future PII rates for valuers will largely be determined by levels of lender litigation, but it is not unreasonable to expect insurers to start taking a more positive view of valuation exposures. That said, the valuation industry must recognise that unless a series of fundamental problems are addressed this situation will be repeated after the next major economic downturn.

Emma Vigus is a director at insurance broker Howden Windsor