When it comes to competition law, parent companies need to keep a close eye on their subsidiaries, even if they operate independently 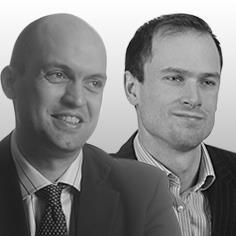 As a general rule, parent companies are not legally liable for their subsidiaries’ conduct. However, a recent European court judgment has highlighted that this rule does not apply to infringements of competition law. The ruling is particularly relevant for the construction industry, which makes full use of group structures and joint ventures (JVs).

On 8 May 2013, the Court of Justice of the EU rejected an appeal by the multinational energy company Eni SpA, effectively confirming that it was liable for the involvement of its subsidiary Versalis SpA in illegal price-fixing and market-sharing cartels. The judgment was based on the EU law presumption that a parent company is responsible for subsidiaries in which they hold 100%, or nearly 100%, of the issued shares.

This presumption can be rebutted if it is shown that the subsidiary retains operational and, crucially, financial autonomy. In reality, however, a parent company is unlikely to be able to displace the presumption, and this was true for Eni SpA despite the fact that the subsidiary had its own management, autonomy over its operations and strategy, and had no overlap with the parent’s operations.

Eni SpA retained control over its financial investment in the group of companies it owned. The court saw this as evidence of exercising “decisive influence” over the subsidiary, which triggered legal responsibility. The subsidiary would only be fully independent if it exercised financial, as well as operational, autonomy.

The judgment therefore showed that parents can be liable even in situations where they have played no part in the anti-competitive conduct of its subsidiary, or in the market to which the infringement relates.

Even though neither owned a majority of the shares or had outright control over management, each parent was held to exercise “decisive influence” over the JV through their 50% shareholdings and voting rights, so were jointly and severally liable for infringements.

Combining the principles from Eni SpA and Du Pont / Dow, it becomes apparent that significant issues could in principle arise in scenarios where contractors enter into JVs through their subsidiaries.

Meanwhile, under Eni SpA there will also be a presumption that the Sub is controlled through decisive influence by Contractor One, meaning that Contractor One is responsible for any breach by the JV unless it can demonstrate that:

As the court went on to explain in Eni SpA, without being able to show autonomy on the part of the Sub, a parent would need to show that its control over the infringing subsidiary was temporary or that it ceased at material times during the period when the subsidiary committed its breach(es) of competition law.

The Eni SpA ruling underlines the importance of taking a group-wide approach to competition law compliance. This means the holding company must take responsibility for ensuring staff, executives and agents of all group companies receive appropriate training in areas such as tendering practices, communications with competitors and arrangements with suppliers.

Fines for any breach of the law may be up to 10% of the worldwide turnover of the group, not of the entity which committed the breach.

Third parties could also claim damages if they have lost out as a result of anti-competitive behaviour. Again, the parent could find itself picking up the damages tab for its subsidiaries’ misdemeanours.