As a recruiter I see firms struggling to attract construction talent, we need a concerted push to tackle this head on 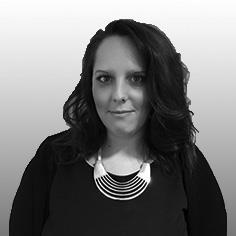 The skills shortage in construction is a well-documented problem, and one that’s getting worse.

Employees are more expensive than ever, in 2015 wages rose 8% year on year. Industry output is falling rapidly, in June 2016 it recorded its worst performance since 2009. One of Chris Grayling’s first actions as the newly-minted secretary of state for transport was to confirm that the development of HS2 would go ahead - but with the skills gap contributing heavily to its already-ballooning costs, it’s tempting to wonder how he intends to achieve this.

As a built environment recruiter, I can confirm that smaller-scale projects are also imperilled. Many of my commercial and house-building clients are attempting technically challenging developments but the lack of qualified, experienced quantity surveyors has stifled these efforts and led to several false starts.

The talent shortage already represents an existential threat to some British construction firms and it may yet endanger the wider industry. But why is it particularly pronounced at this time and what can be done about it?

Good help is hard to find

You don’t have to look particularly hard to find reasons for the current shortfall in contract and permanent construction workers.

For example, during the first two years of the financial crisis, some 300,000 builders left the profession and the number of individuals awarded relevant qualifications decreased by 10,000. The 2014 crash in oil prices had an indirect effect on construction markets all over the world and while HS2 may be affected by skills shortages, it can be argued that large government projects of its kind partially cause them - Crossrail regularly draws workers from over a hundred miles away, simultaneously draining local and national talent pools.

There is, of course, also the result of the recent EU referendum, which many expect to widen the skills gap further.

In some respects, companies hoping to narrow this gap should stop looking for talent and start making it. The government’s apprenticeship levy comes into effect in April 2017 for firms with a paybill over £3m, which will receive £15,000 back. These employers will have an immediate incentive to recruit and train young talent.

Where more qualified talent is concerned, education is still important. For instance, the skills shortage in engineering is a by-product of a wider shortfall in STEM graduates. More certainly needs to be done to make the subject attractive to prospective university students, but that’s within the government’s power rather than that of the construction industry.

In the short-medium term, it’s important that firms make themselves as attractive as possible to the best talent available. This is partially a matter of salary, but only partially. Skilled employees expect certain concessions from their employers - and when I say “concessions”, I don’t mean “perks”. Flexibility with hours and remote working aren’t optional for the modern professional. If they can’t get them from one firm, they’ll get them from another.

The skills shortage is a particularly longstanding problem, but it is not an insurmountable one. Where the right efforts are made with education, compensation and recruitment, construction firms may yet find great rewards.

Zoe Lane is head of built environment at Spencer Ogden