While Osborne’s £100bn commitment to infrastructure is good news, all eyes will be on the detail of the Spending Review for greater clarity 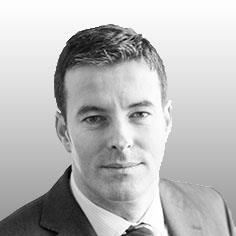 George Osborne has promised to put infrastructure at the heart of this week’s Spending Review. Indeed he’s already committed to spending £100bn on roads, rail, flood defences and other vital projects in this parliament. Yet while this announcement is undoubtedly welcome news, all eyes will be on the detail of the Spending Review for greater clarity.

After all, Spending Reviews are typically about saving money and managing with less, and the chancellor has also announced spending cuts across a number of government departments, including the Department for Transport. This suggests a tension between the £100bn of infrastructure investment and public sector budget constraints. Industry needs to know if the money earmarked for infrastructure will be spent on transformational projects already in the pipeline but in the early stages, like HS2, or whether it will be used to fund ongoing necessary work to keep the UK’s aging infrastructure running.

Greater clarity would also allow industry to map expertise against pipeline projects. The recent publication of the National Infrastructure Plan for Skills goes some way towards informing companies’ recruitment strategies and identifying the gaps that need to be filled.

But with a pipeline of ambitious projects already identified in the National Infrastructure Plan (NIP), further support for the development of skills is critical. The NIP has a list of projects that totals more than £400bn, which is an awe-inspiring amount of work. This is likely to apply pressure across the infrastructure supply chain for the next 10 to 15 years, so government and business must work together to develop and plan for the required organisational and technical skills.

This government has built on the achievements of the previous parliament and created good momentum for infrastructure. Recent moves such as the creation of the National Infrastructure Commission should provide industry with increased certainty by taking a longer term approach to planning, underpinned by a steady funding stream. Yet it remains to be seen whether the new body will have the necessary powers to make decisions - it cannot become a long-grass commission into which politically sensitive decisions can be kicked.

Given the importance of infrastructure to the UK economy, the country can ill afford delays to decisions around vital infrastructure. The focus now must turn to delivery. Industry needs a business environment that supports the accelerated delivery of ambitious infrastructure plans and eases the transition from decision-making to spades in the ground.

Industry hopes are high that the Spending Review will provide the much needed detail that will get Britain building.