There’s nothing inherently wrong with main contractors arranging finance for their subbies, but wouldn’t it just be easier to pay on time? 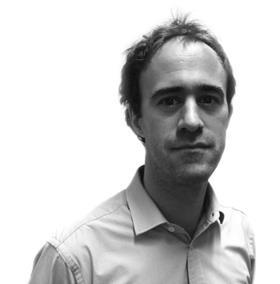 The continuing fault line between main and subcontractors, which defaces the construction industry, was on definite show this week in its current favourite form - the growing debate over supply chain finance (see news, news analysis and our interview with Mike Putnam). Not so long ago the idea that listed contractor bosses would spend time discussing the relative merits of reverse factoring would be dismissed as the fantasy of a bureaucrat with time on his hands. But a combination of the recession and pressure from the government on big companies to help it make up for pathetic levels of bank lending to SMEs has put this techie issue centre stage.

There is nothing inherently wrong with main contractors arranging finance for their suppliers to help the cash flow of both parties - particularly as main contractors will be able to secure the financing at far better rates than smaller subbies. However, this week the National Specialists Contractors Council published its analysis of Carillion’s scheme, which involves resetting suppliers’ basic contractual terms to 120 days. The picture it gives is of a scheme that couldn’t be designed better to arouse the suspicion and fears of subcontractors ever ready to blame the main contractor for their woes.

The further we can get without having to create innovative financial products to deal with everyday problems, the better we all are

Whether you believe that Carillion’s version of supply chain finance is really a cynical attempt to lengthen their suppliers’ terms, or just a somewhat over-complex attempt to help them, probably depends upon which side of the fault line you sit on. Certainly Balfour Beatty and Kier seemed able to demonstrate this week that it shouldn’t be impossible to devise schemes that don’t scare the horses.

But ultimately, in this race to introduce supplier finance, aren’t we missing a basic point? As Chris Webster, chief executive of Miller Construction, tells us - I paraphrase - what’s wrong with just paying on time? Would subcontractors that are paid promptly and reliably on 30 days really need the complexity of bank finance to shave that by a week or two? Because of course any finance solution such as this will only ultimately benefit the UK’s banks, and add cost to the construction process.

So, as the credit crunch showed, the further we can get without having to create innovative financial products to deal with everyday problems, the better we all are. The best hope is that the improving economic environment, which is already starting to see contractor and subcontractor order books and cash flows stabilising, means that these schemes will in the end not be needed.

That would help both sides of the divide.

It’s hard to tell if the calculated depth charge dropped on UK energy companies by Ed Miliband at this week’s Labour Conference will pay off at the ballot box.

But if Labour wants the support of the construction industry, it will have to be a deal more sure-footed. Conflicting messages over conditional Labour support for HS2 on the one hand while stressing the importance of political consensus on major infrastructure on the other, and a seemingly offhand pledge to abolish - or was that reform? - the struggling Green Deal (see news), aren’t the way to convince the industry this is a government in waiting.

Labour needs to get its messages organised.