As more and more contractors consider adopting supply chain finance, fears are growing that it could be used to worsen suppliers’ payment terms 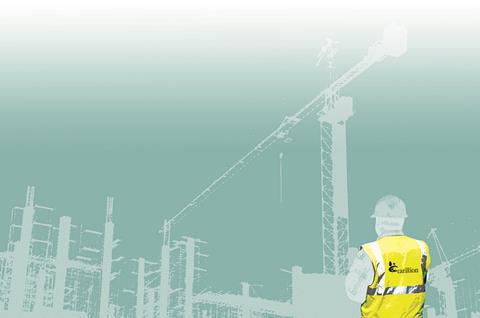 This week the National Specialist Contractors Council published its long-awaited verdict on Carillion’s controversial scheme for early payment of its suppliers. Carillion’s initiative, known as the Early Payment Facility (EPF), may sound benign, but an NSCC report finds the small print contains a number of serious elephant traps for unsuspecting subbies - largely down to the fact that while in its current form it enables suppliers to get paid more quickly at no extra cost, it at the same time extends suppliers’ baseline contractual payment terms to 120 days (see below).

But Carillion is not alone in implementing a form of what’s known as supply chain finance. In fact, the NSCC’s study of the scheme could not be more timely. Balfour Beatty this week became the latest to lay out its plans, while Mears has already done so with a system whereby suppliers are paid by Barclaycard. Kier looks next in line, telling Building this week it has designed a system which it is ready to roll out if its suppliers are interested.

With the government encouraging main contractors to look at implementing similar schemes, a number of others, including Wates, Willmott Dixon, ISG and Morgan Sindall, are understood to be giving it serious consideration. In addition intermediaries like Platform Black are marketing their own products designed to give suppliers access to cheap finance. This sudden rush of interest makes it vital for specialists and suppliers to understand what the implications for their businesses are of getting involved in these financing systems. And it also makes it vital to work out whether - as the government believes - the systems can genuinely be designed to benefit subcontractors, or are instead simply a ruse to help main contractors improve their cash positions.

What is supply chain finance?

Supply chain finance simply refers to the use of a third party to fund - at a small cost - early payment of suppliers’ invoices, something a proportion of suppliers have always done in order to aid their cash flow while they wait to get paid. If they have a specific facility set up to do this, it is known as factoring. The form of supply chain finance being considered by most main contractors is known as reverse factoring. This is because the loan facility to cover the wait for payment is taken out by the main contractor, not the supplier. This makes it potentially much more advantageous for suppliers, because the main contractor tends to be much larger, meaning that borrowing against its balance sheet is far cheaper.

Haydn Mursell, group finance director at Kier, which has arranged a £10m facility for a potential scheme, says its suppliers would pay less than 1% of the value of the invoice to access early payment. “Kier’s cost of capital from its banks is around 4%, so we can negotiate cheap rates. Commonly a subcontractor would pay double or worse cost than we would for this kind of finance.”

Contractors are in a weaker credit position than, say, housebuilders, so if they can find ways such as supply chain finance to improve their cash, they will

The system can also benefit contractors. Because a bank finances the prompt payment, this means the contractor doesn’t have to pay its bills until much later - in Carillion’s case not for 120 days. With over £550m in cash having disappeared off listed contractors’ balance sheets in the last year due to the continued contraction in the construction market, this is a major potential benefit. Jan Crosby, director at KPMG corporate finance, says his firm is dealing with an increasing number of enquiries over the issue. He says: “Contractors are in a much weaker credit position than, say, housebuilders, which have big assets. This makes it hard for them to re-finance their balance sheets, so if they can find ways such as supply chain finance to improve their cash position, then they will look for it.”

Nevertheless the market reaction to Carillion’s scheme has been very mixed. So why is reverse factoring so controversial if the principle is sound? The answer is in the detail of the way schemes are implemented. If supply chain finance has the potential to be beneficial to both contractor and supplier, it also has the potential to benefit one more than another dependent on the terms and conditions of the scheme. And with three years of recession driving down prices and driving up contractor-supplier animosity, it should be no surprise that many in the supply chain fear they will be taken advantage of.

Subcontractors can be forgiven for questioning main contractors’ motives, with Kier’s Mursell admitting it is undoubtedly true that the squeeze on their cash has focused the mind of contractors on this issue. He says the two questions suppliers should ask are, first, what is the scale of the programme, and, second, is it optional for the supply chain?

If contractors are trying to strong-arm suppliers to take up the scheme, then this is a clue, he says, that it is more for the benefit of the contractor. He says: “Well-capitalised subcontractors wouldn’t take this kind of system up, because why would they want to pay a charge to receive money early if they have a strong balance sheet? If it is applied carte-blanche by the contractor then it’s likely to be more in favour of the contractor.”

Mursell says that Kier’s scheme, with just a £10m facility, would represent less than 10% of its monthly payments to its supply chain, that it will only be used to provide genuinely early payment, and that it will only be implemented if suppliers express a desire for it. Carillion, likewise, says it expects that only 400 of its 5,000 suppliers will use the scheme, though it is planning to expand it.

Fears over Carillion’s scheme focus on the fact it has accompanied the roll-out with a move to 120 day standard payment terms, something NSCC chief executive Suzannah Nichol says is “commercially and ethically unacceptable” and that Mursell said would not be echoed in Kier’s scheme. Carillion claims this is merely a technicality, and that under the actual operation of the scheme, most suppliers will be paid more quickly than they are now, at no extra cost. The NSCC’s analysis added that “it would appear that Carillion is seeking to extend its payment terms across the board even though not all of its suppliers will be able to benefit from the EPF”, an assertion denied by Carillion. Nevertheless, the NSCC’s assertion reflects the supply chain’s fear - whether irrational or not - that the scheme masks a hidden agenda to worsen payment terms for the firm’s suppliers.

These concerns explain why despite the current push, not all contractors are interested. Chris Webster, chief executive of Miller Construction, says: “We’re not going down that route. We think our suppliers are paid to reasonable agreed terms. If we do that, why is this needed? As an industry we need to take on board responsibility to ensure suppliers are paid promptly.”

The NSCC’s Nichol says: “If everyone was paid in good faith for work undertaken in a timely fashion, then there’d be no need for all these complicated schemes.”

There is some frustration that the government has so enthusiastically backed a route which will ultimately add cost to the industry, by requiring extra external finance. There are also risks to contractors from the system: suppliers being paid early means contractors’ leverage is reduced in the event of disputes and the money is lost if a supplier goes bust. Hence Kier says it will only roll out its system after credit checks on participating suppliers.

So in signing up to any supply chain finance scheme subcontractors need to be aware of the potential pitfalls and concerns. The idea of being paid early may initially appeal - but suppliers need to know whether the specific terms and conditions have the potential to ultimately leave them worse off.

This week’s report by the National Specialist Contractors Council into Carillion’s Early Payment Facility paints a picture of an immensely complex system. It works via a finance facility provided currently by Lloyds HBoS and the Royal Bank of Scotland. Carillion’s suppliers, who are typically paid at 65 days currently, are asked to sign two agreements - one with Carillion, and one with either of the banks, which act to set their contractual payment terms to 120 days. Suppliers can then pay a financing charge to have their payment earlier than this. However, under a separate system, which Carillion calls its Supplier Incentive Scheme, suppliers can apply to Carillion for “incentive” payments, which will refund charges incurred for receiving payment under their previous payment terms.

The NSCC says it has been told by Carillion that it will, furthermore, refund finance charges paid for invoices paid down to as little as 45 days. While the NSCC says there is nothing in generic documents it has seen which will guarantee subcontractors any right to have these charges refunded, Carillion says suppliers will have individual agreements covering this issue.

A spokesperson for Carillion, accepted the NSCC’s description of the scheme was broadly accurate but added: “The NSCC’s analysis tends to lose sight of the fact the Early Payment Facility is working because Carillion is willing to use its balance sheet to enable suppliers, and particularly SMEs, to gain access to funding at low interest rates that they are unable to get directly from banks, because banks will not lend to them.”