Recent amendments to two powerful pieces of legislation around recovery of costs in construction contract adjudication mean they contradict each other. So, which takes precedent? 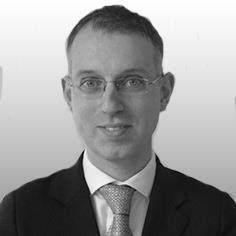 The flow of cash in the construction industry has long been the source of concern and motivated the Latham and Egan reports in the nineties. In an article in Building last November it was reported that more than £200m of bad debts have been written off by subcontractors (“£200m of late subcontractor pay written off as bad debts”, 28 November 2014, page 13).

It is shocking to think that nearly 20 years later the same problems are still occurring given that there are now two powerful pieces of legislation in place to prevent them - the Housing Grants Construction and Regeneration Act 1996 (the Construction Act) and the Late Payment of Commercial Debts (Interest) Regulations 1998 (LPCDA).

On 16 March 2013, the Late Payment of Commercial Debts Regulations came into effect; they apply to all contracts entered into after that date and entitle creditors to the cost of debt recovery. They insert a new provision into the LPCDA which states: “If the reasonable costs of the supplier in recovering the debt are not met by the fixed sum, the supplier shall also be entitled to a sum equivalent to the difference between the fixed sum and those costs.”

This will be of interest to anyone who is involved in the adjudication process for construction contracts, as costs can be high, and have so far been held by the courts not to be claimable by referring parties seeking the payment of sums due under contract (see Northern Developments vs J&J Nichol).

The amended LPCDA contradicts the provision inserted into the Construction Act at section 108A by section 141 of the Local Democracy Economic Development and Construction Act 2009, which bans the contractual allocation of the costs of adjudication (so called “Tolent” clauses) by requiring that such clauses are made in writing and after the giving of notice of adjudication. The new LPCDA requirement is not made in writing; it is implied into the contract, and even if it could be argued that it is written in the act, it is not made after the giving of notice of intention to refer the dispute to adjudication.

Does the construction act or the LPCDA take precedence? This article contends that the issue has long since been decided

Commentary so far has been that we need to wait for the question of whether the Construction Act or the LPCDA takes precedence to be decided in court. This article contends that the issue has long since been decided: in parliament in 1972 and in the Supreme Court in 2002.

The amendment to the LPCDA implements an EU directive, Directive 2011/7/EU. The directive requires, at Article 6: “The creditor shall… be entitled to obtain reasonable compensation from the debtor for any recovery costs exceeding that fixed sum and incurred due to the debtor’s late payment. This could include expenses incurred, inter alia, in instructing a lawyer or employing a debt collection agency.”

In order to understand how the LPCDA and the Construction Act should be interpreted in the event of any conflict, it is necessary to go back to the European Communities Act 1972 (ECA). This states: “All such rights [in European law] [my brackets] are without further enactment to be given legal effect or used in the United Kingdom shall be recognised and available in law, and be enforced, allowed and followed accordingly.”

So any rights conferred on individuals by European Union directives are recognised by the English courts. The ECA then goes on to state that “any enactment passed or to be passed, other than one contained in this part of this Act, shall be construed and have effect subject to the foregoing provisions of this section.”

The effect of this was explored in the “Metric Martyrs” case of Thoburn vs Sunderland (2002). Lord Justice Laws held that: “Community rights prevail over the express terms of any domestic law, including primary legislation, made or passed after the coming into force of the ECA, even in the face of plain inconsistency between the two.”

Any conflict between the new clause in the LPCDA and the Construction Act results in the latter being overruled as it is not consistent with the ECA. The Construction Act does not have equivalent status to the LPCDA in that it does not implement an EU directive. The cost of going to adjudication to recover debts arising out of construction contracts must therefore be awarded to successful claimants.

This argument has been successfully used in adjudication to recover costs.

Peter Wright is a consultant at Knowles