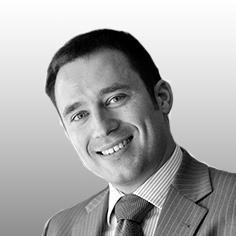 Whilst undertaking my usual (albeit somewhat belated) review of the recent TCC judgments I stumbled upon Liberty Mercian Ltd vs Cuddy Civil Engineering Ltd & another (October 2014) which caught my eye as it was unusual. It was a case regarding specific performance rather than the usual matter of damages and it dealt with the proposition  of impossibility to perform.

It appears that Cuddy went to some length to obtain a performance (one subsequently appeared to redact that offer) and these were upon the terms of Cuddy providing a cash deposit for the full sum and various other unfavourable conditions. In particular it appears that the bondsman who made the only offer available was not terribly credible and could have deducted sums at will from the deposited sum and held it in an account of its choosing. The judgment decided that it was not commercially prudent and no commercially aware party would enter into such bond. Hence the alternative of substituted performance was provided.

The final conclusions reached were that Cuddy had to pay a sum of £420,000 into the court as substituted performance and that it had to enter into warranties. In addition there were various other costs orders.

I have encountered impossibility clauses in the past and I have been involved in dispute proceedings and various negotiations interpreting these clauses either in absolute terms or in commercially reasonable terms. This case, as most are, is clearly fact specific but I think it is useful knowledge to understand that the judiciary can interpret impossibility clauses in terms of whether a prudent party would undertake the lengths necessary to discharge the condition.