We must act on cycling safety in Golding's name 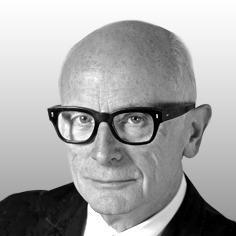 Francis Golding - civil servant at the Department of the Environment, secretary of the Royal Fine Art Commission and Cabe, and leading planning consultant - spent his career making cities better places to live and to work. He helped with the regeneration of Liverpool and other inner city areas riven by rioting in the 1980s; he improved buildings through design review at the RFAC and Cabe; and over the past decade he advised large London developers about the creation of good architecture within the sensitive historic townscapes of the capital. He advised on Jean Nouvel’s One New Change, Vinoly’s 20 Fenchurch Street, Rogers Stirk Harbour’s plans for Chelsea Barracks and Make’s 5 Broadgate.

So it is particularly cruel that he was killed because of the lack of decently designed roads and infrastructure suited to the changing modal share of transportation in London. He was an inveterate cyclist, recognizable in his tailored suit, cycle clips, branded hi-viz vest, often borrowed from a contractor or client, and silver case attached to the back of his bike.  Francis was no Lycra lout, yet despite his experience and his cautious cycling style he was thrown to the ground by a left-turning coach and died four days later from the massive head injuries incurred by his fall.

We - friends, colleagues and fellow cyclists - will do something

He was the 10th cyclist to be killed this year in London and the manner of his death will surely add to the pressure on the mayor and the government to sort out the unacceptable conflict between riders, large vehicles and left turns. As has been excellently highlighted by Will Hurst in Building, construction vehicles are responsible for a disproportionate number of cycling accidents, the majority of which, like the incident where Francis Golding met his end, occur at junctions.

There has been much discussion about the design of Cycle Super highways in London and the details of junctions and roundabouts; while these certainly need to be improved to take into account the exponential growth of cycling, I think the main issue we have to face is driving habits. We need to address how vehicles turn left in all circumstances.

When I cycle in Denmark, Holland, Belgium or Germany I find that, in the main, drivers turning (in their case to the right), will wait for cyclists on their near side to pass before making their move. In London drivers believe that as long as their nose is ahead of the bicycle, and they indicate, they have the right of way to cut across. In the case of cars the cyclist can generally brake to avoid a collision, in the case of larger vehicles it is not so easy.

Is there a way this culture of driving could be changed? Does it need new laws? Can we strengthen the Highway Code? Can we appeal to the European Parliament? Does it need a public information campaign? These are some of the questions that need answering. A number of friends of Francis have been in touch to suggest something should be done in the hope that good can come out of the tragedy of his death and he can inspire one final improvement in the quality of life in the capital.

We - friends, colleagues and fellow cyclists - will do something! Edward Moody, of developers Minerva, has suggested calling it the Golding Rule - a new measure that changes London’s roads for the better.