Will weather or politics dictate the path for sustainability? 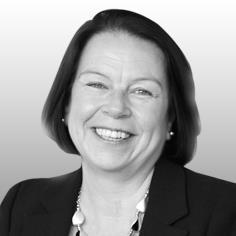 With a growing swell in popular activities such as recycling, ethical products and cycling, it is hard to predict the most influential events that will determine the future path for sustainability.

The fact that some islands in the Pacific will become uninhabitable in a few years or simply disappear, drought will cause massive population shifts and food may become scarce for some as a result, do not tend to have as much motivation for people in the UK to act as more direct discomfort.

Political areas such as policy on climate change and energy efficiency are seldom linked to the more personal issues of one’s home flooding, electricity power cuts or waiting hours in A&E during a heat wave. So which events will grab the attention of voters enough to influence their decisions?

Will it be the postulating and short term point scoring of politicians in the lead up to the next general election which ‘tips the balance’ into action? Somehow I doubt it

The fact that the current government came in on a pledge of being ‘the greenest government ever’ and then failed to deliver on nearly any initiative, even those already well developed by their predecessors, such as Display Energy Certificates for commercial buildings and a plan for Zero Carbon Non Domestic buildings by 2019, has not helped the path to date.

In fact the only remaining UK initiative with a remote chance of surviving the sustainability policy void created by the coalition is the Minimum Energy Performance (MEP) requirements already set in stone by the Energy Act 2011. And even on MEPs considerable costs have been spent postulating, consulting and extending the debate, to buy time, while Scotland has just taken the initiative and published plans for its implementation in 2014.

However, public pressure is growing and there are a few close to home “events” which might reverse this “drought” of action on climate change and sustainability, resulting in public demand for long term government, ethical thinking.

Another extreme winter, such as we saw in 2013, with residents in the Somerset Levels still unable to inhabit their homes, may put pressure on the government to act. Or if the Thames floods two years in a row, how will the comfortable residents of Kingston react? Similarly heat waves this summer, which cause power blackouts in high density hot spots such as Oxford Street and the City, may mean Londoners start connecting the dots? Or if our hospitals get stretched to breaking point by those more vulnerable to extreme weather conditions, will the public really still say ambivalent to no long term thinking on climate change?

Or will it be the postulating and short term point scoring of politicians in the lead up to the next general election which “tips the balance” into action? Somehow I doubt it. For sure this will delay any meaningful decisions until the next five year regime can do their bit to allow the planet to degenerate even further.

Unfortunately the protection of the planet and correction of the destruction that anthropological climate change has already caused is a long-term issue, which does not obviously fit with the vote-winning, short-termism policies of a temporary political watchtower.

So here is to a year of extreme weather, hospital crises, food and fuel shortages and mass population movement, in order to make people “wake up” to the fact that they are all individually and collectively responsible to ensure long-term solutions are put in place. It is far too serious an issue for our survival to be left in the hands of self-interested, politicians or individual mass collectiveness.