We can learn much from Coventry's apprenticeship scheme 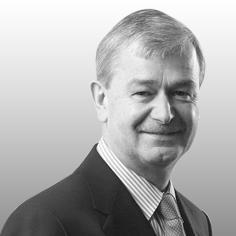 Going around my business I’m able to see a great deal of our people and what they do. Like any other firm in the construction sector, we have a role to play identifying and developing the workforce of the future. One scheme, for me, stands out as being different.

In Coventry, we’ve found an especially enlightened city council, which has taken apprenticeship schemes into the realm of social provision.

Although operationally there is a regular scheme underlying this one, Coventry and Warwickshire’s shared apprenticeship scheme doesn’t concentrate exclusively on churning out numbers of young people. It concentrates on improving their whole life chances.

It is not a scheme exclusively for ‘A*’ learners as it also focuses on young men and women from more disadvantaged groups, whose lives may have taken an unfortunate turn. It might just be that they were classified, somewhere along the line, as ‘difficult’.

These are young people in need of skills but also in need of a greater support and an individual approach to their needs and aspirations.

Because of Coventry City Council’s insight, Bam has been able to work with them to provide this unique apprenticeship.

Some of the people we’ve been lucky enough to see change their lives were unable to secure an apprenticeship before they were introduced to this  scheme. They simply could not get to employers who were willing to take them on their books.

The shared scheme gets behind these problems. It produces personalised action plans. We don’t give them an easy ride. Often what’s missing is some authority and discipline, as well as an arm around the shoulder.

The scheme looks at the apprentices as whole people, not just numbers on programme.  On top of the skills and experience created, it provides a shop window for the apprentices to demonstrate their commitment and skills to potential future employers.

This approach had to be funded directly by Coventry and ourselves because the model was different to the ATA (apprenticeship training association) or GTA (group training association). It can involve micro-management, and it can be demanding on the employers. You have to be prepared to roll up your sleeves on both counts. So far the scheme has helped many young men and women

Imagine one of these schemes attached to all the other larger apprenticeship schemes? What a difference that could make. No wonder it won the Apprenticeship Scheme of the Year award from the National Federation of Builders.

A scheme like this can’t churn out hundreds of people. It can’t replace the many great schemes that do. But it’s an approach – if funding could be secured centrally - that many other local authorities  could adapt for themselves.