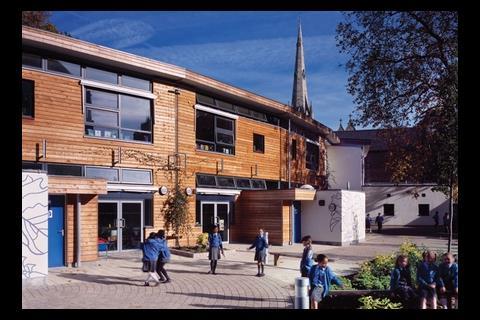 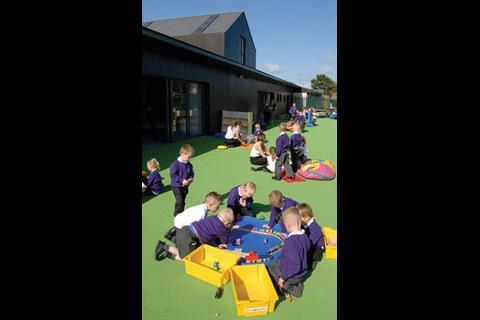 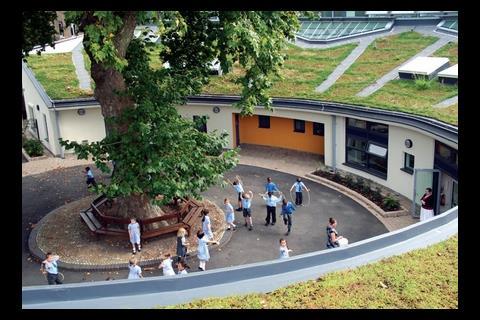 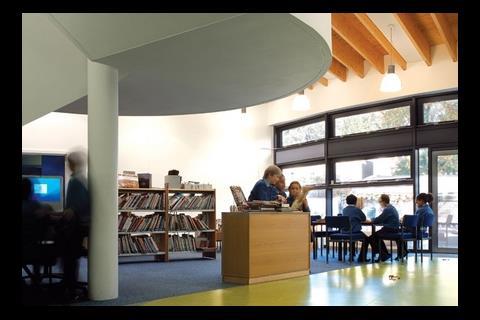 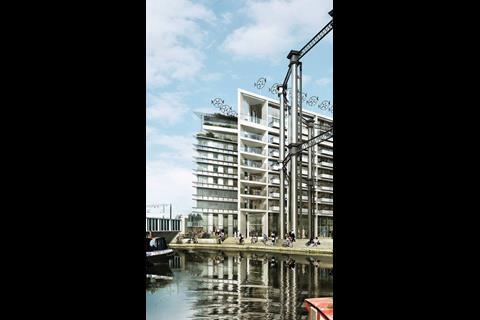 Over the next five years, 284 affordable homes will be built at the multibillion-pound King’s Cross Central development in London 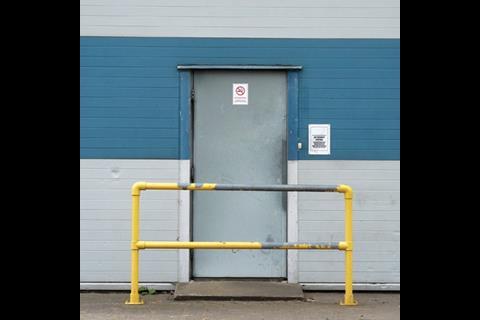 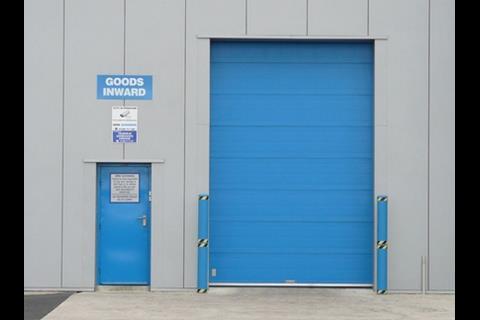 Given the current market, we are using this cost model update principally to track changing market prices in specific building types. With major changes to specification requirements likely to be introduced by this year’s update to Part L of the Building Regulations, future issues of the mini cost model update will also reflect these, as well as market conditions.

As the LIFT programme is now well established as the means of delivering large-scale primary health facilities, we have included new social housing in this latest update, rather than a health centre.

Market conditions continue to be very difficult in many sectors. Davis Langdon’s January tender price forecast has confirmed that average prices fell 11% in 2009 and are expected to fall by a further 4 or 5% in 2010.

Although workload in the infrastructure sector has grown robustly on the back of programmes with long-term funding arrangements already in place, general contracting has faired less well. Volumes of new work in the public sector fell in nominal terms by 8% in the fourth quarter, relative to the fourth quarter of 2008, and by 24% compared with the third quarter of 2009. Compared with the industrial and commercial sectors, where new orders over the same period have been falling by more than 30%, conditions are relatively benign, but with many public bodies now announcing cut-backs, further declines are likely.

Demand from the public sector is diverse, and different groups of contractors have experienced different fortunes. On the large frameworks, such as Building Schools for the Future, Procure 21+, Hub Scotland, Office of Government Commerce Buying Solutions and the Homes and Communities Agency (HCA) Public Land Initiative, the barriers to entry are high, and as a result, the pool of opportunities available to smaller contractors has diminished.

So far in the construction recession, the brunt of the impact of insolvency has been felt by medium-sized contractors, where many well known names have ceased trading, such as , including Haymills, Pierce and William Verry Construction. Further evidence of the difficulties faced in the sector comes from the Red Flag Alert data compiled by insolvency specialist Begbies Traynor. The latest information, published in January 2010, shows that although the number of companies with “critical” or “serious” solvency problems fell compared with the third quarter of 2009 and fourth quarter of 2008, the proportion of construction companies with the most critical problems remained very high – 35% of the total. Unfortunately, in the current business environment, construction companies are vulnerable to a reduction in public sector workload, increased National Insurance payments and the end of HM Revenue & Customs’ “time to pay” scheme. As a result, insolvencies are forecast to accelerate during 2010.

This consolidation, combined with material price increases, is likely to further reduce the potential for deflation, even though workload is not expected to pick up substantially in 2010 or 2011.

In addition to continuing reductions in the pricing of measured work, we have seen further reductions in preliminaries – down to about 9-11% on smaller projects. Davis Langdon’s sample of lump sum tendered projects suggests that overheads and profit have fallen to between 1% and 3.5%.

In the current market, clients should continue to allow for the greater likelihood of variations, claims or subcontractor failure on projects tendered on low margins. Therefore, in line with the previous mini cost model update, a 5% level for contingencies has been included.

No recent changes have been introduced to Building Regulations, but the final versions of Part F and L will be released shortly, ahead of implementation in October 2010. The cost models reflect current design standards and will be updated next year to reflect the revised requirements. Davis Langdon will publish cost models examining the effect of the revised Part L for naturally ventilated and air-conditioned buildings later in 2010, once the regulations have been released.

A combination of baby boom and credit crunch has led to a significant increase in demand for primary school places in many locations. In November 2009, the government announced additional funding of £300m for the construction of 15,000 extra school places in the 34 local education authorities under the greatest population pressure.

Looking beyond the immediate timescale, councils in London estimate that there will be a £480m funding shortfall for additional primary school places between 2011 and 2014.

The provision of additional capacity – typically in small classroom blocks as part of incremental development – could be a great opportunity for medium-sized contractors that already have places on frameworks.

The Primary Capital Programme, now managed by Partnerships for Schools, is also making progress towards its initial total spending target of £3.8bn for the period 2008-11, although local authorities may be find it difficult to raise their local funding contribution, given the current market for asset disposals. Similarly, dioceses are required to make their 10% capital contribution.

Local authorities and dioceses have some flexibility in choosing their procurement route, although there is a general presumption towards using existing frameworks such as Local Education Partnerships, LIFT, local authority framework or the Office of Government Commerce’s Buying Solutions.

The cost model is a single-storey, three-classroom extension to a primary school. The extension is constructed using traditional brick cavity walls on strip foundations with pitched tiled roofing. Subdivision is by load-bearing, blockwork partitions. M&E services include heating, hot and cold water and limited extract ventilation.

Data on housing starts in the social housing sector is limited owing to changes in statistics being introduced by the communities department. Data on completions shows that after increasing on a year-by-year basis during early 2009, the number of completions in the fourth quarter fell 18% relative to the fourth quarter of 2008. This reflects a rapid increase in output during 2008 and 2009.

Looking forward, the HCA is implementing a substantial stimulus programme comprising £811m of Kickstart funding, an extra £706m for the National Affordable Housing Programme (NAHP) and £390m for local authority new build. In total, this package should deliver about 38,000 new homes, a substantial proportion of which will be for the affordable sector. The expected increase in the number of completions by local authorities will be particularly marked – 3,900 a year compared with an average of 350 over the past four years. Forward-looking local authorities such as Manchester will be using the funding to encourage a step change in design, procurement and delivery.

The housing stimulus package is currently making rapid progress: all Kickstart phase one schemes will be on site by April 2010, and all of the local authority programme will be on site by December 2010. Other developments on a larger scale include the public land initiative, where public bodies bring land into a development agreement as an equity stake. A developer/contractor framework was appointed in late 2009 and, with the first sites being announced this spring, 500 houses should be under way by summer 2010.

The cost model is based on a new-build scheme containing a mix of two and three-bedroom houses. The buildings comply with level four of the Code for Sustainable Homes, are of a timber-frame construction with a reinforced insitu concrete ground slab, facing brick external walls and concrete tiles on timber roof trusses. The softwood doors and windows are painted and internal subdivision is by loadbearing timber stud partition. Features for the Lifetimes Homes standard are also included.

There are presently significant barriers to investment in industrial property, in particular, liability for business rates on empty buildings, for which industrial buildings were exempt before the new regime was introduced in 2008. After a one-year tax holiday, during which empty buildings with a liability of less than £15,000 are exempt, the full scheme will be reinstated next month.

At present no developer is likely to invest in new industrial buildings without securing long-term tenants. This is a particular disincentive in the small-shed incubator sector, where short-term leases prevail.

Concrete, structural steel and cladding prices have continued to fall disproportionately during the past 12 months – contributing to higher than average deflation, as these elements account for about 40% of the building-only cost.

The industrial unit model has a reinforced insitu concrete ground-bearing slab, a steel portal frame with reinforced concrete pads, an aluminium built up cladding system to roof and walls and internal blockwork walls. Each unit has a separate entrance door and one loading door to the units with WC, basic lighting and natural ventilation.