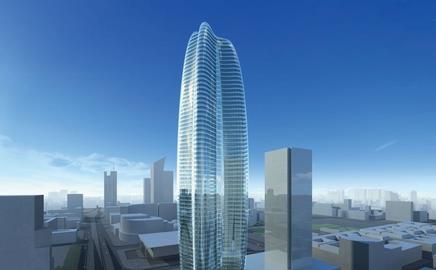 Poland has been enjoying a construction boom over the past three years, and although it’s not immune to the financial pandemic, it’s still going to record 6% growth. Marcin Klammer of EC Harris reports

The end of 2008 was the first anniversary of the election of the Civic Platform Party. Donald Tusk, the prime minister, has been enjoying a lot of public support, thanks in part to a wave of economic growth that started a few years ago.

The Polish economy was in recession at the start of the nineties, but revived after the country joined the EU in May 2004. It enjoyed a period of strong and stable growth in almost all sectors from 2005 until the middle of 2008. However, a number of social issues, such as healthcare, pensions and tax rates have not been resolved by the current government.

Some signs of increased investment were already visible before the EU accession, but from 2005 onwards there was a boom in the construction market; this was especially marked during the second half of 2006, when construction companies were reporting ever better financial results. The only questions being asked at that time were how long the pace of growth could be maintained, and how could companies increase their production capacity. This atmosphere lasted up to the middle of last year.

Poland has coped with the credit crunch better than many other economies. The National Bank of Poland imposed tough regulations on the banking system, particularly regarding the security required for private loans. It also enforced rigid loan criteria for commercial financing.

However, it has not escaped entirely unscathed. Many factories based in the south-west of the country, including those for the car industry, have been among the victims of the global recession, with local companies having to cut staff and limit, if not stop, production.

The construction market is among the most rapidly developing sectors of the Polish economy, with 15.4% growth in 2007, reaching almost 127bn zloty (£29bn). That growth rate is likely to slow in 2008 but the prospects for the following years look more promising than for many other countries in Europe, mainly as a result of the long-planned public sector and infrastructure projects that are starting to come onto the market.

Nevertheless, the instability of the global markets is a cause of concern. The credit crunch has led to a fall in the number of signed credit contracts in the real estate market in Poland. This did not happen overnight. In the months preceding the crunch, loan agreements were being extensively renegotiated owing to rising construction costs and falling sales prices. This situation has been mainly visible in the housing sector and is a reflection of the boom in the housing market over the previous two years.

Before the current crisis there had already been a slowdown in housebuilding thanks to high construction costs and a low level of pre-sold apartments. However, the situation has changed dramatically over the past few months since loan conditions previously being offered could not be maintained by the banks. As a result there has been more of a slowdown with fewer investments being undertaken.

Where construction contracts are still on site, projects are being reassessed, refinanced or re-engineered. And it’s not just commercial developments that are suffering: many corporate real estate investment projects have been cancelled, delayed or suspended and companies have cancelled or delayed the start of projects financed with their own equity. Developers and investors with cash are preferring to wait for better prices on both construction and real estate markets.

For the past three years Poland’s workforce has been leaving to work in western European countries. These workers are now coming home to the relatively bouyant Polish market. However, as there are fewer contracts in the pipeline, the greater availability of skilled workers will naturally slow tender price rises.

Analysing the future of the Polish construction sector, one must not forget the potential problems that could slow down growth. In our view, the greatest barriers at present include the danger of a drop in cement production, insufficient capacity of construction companies to meet the potential demand and complicated and restrictive EU regulations on environmental protection.

The anticipated growth rate in construction output in 2008 should still be about 9%, although output at companies employing more than nine people is expected to grow by about 11%.

This year growth is expected to weaken considerably owing to decreased activity in the housing market and continuing delays in the completion of large infrastructure projects. We estimate that growth will slow to about 6% during the year. In 2010 infrastructure investment is expected to accelerate and the commercial real estate market is expected to carry on growing, although there will be less activity by housing developers. As a result we predict a 10% increase in output.

The housing market has a record number of projects in progress, but there are signs that developers are holding back from starting those that have the necessary permits. As a result, we think the volume of housing construction will decrease, although such projects may go ahead immediately after the recession is over.

In the non-residential sector, growth was recorded in office projects at the end of the summer. About 1.5 million m2 of modern warehouse and logistics space is currently under construction, and another 2.6 million m2 of modern retail and service space will find its way to the market by the end of 2010. Combined with investors’ increased activity in the hotel market, this means that the next few years should see some small growth in the incomes of companies operating in the non-residential construction segment.

EU funds in the budget for 2007-13 provide a unique opportunity for Poland to carry out huge transport and environmental infrastructure projects. More than €85bn has been reserved, most of which will be designated for this kind of project. Most of these projects have already been considered and have gone through the preparation phases and are just waiting for the public authorities to release the tenders and sign the contracts for the works in the next 12 months.

On top of the general decrease in the price of structural steel, significant falls have been noted for earthworks and finishing contractors, since a significant number of projects have been delayed. General contractors’ prices had already stopped growing over the summer and average tender returns are about 5% lower than they were six months ago. Apart from the market slowdown, the reasons for the fall include the emergence of smaller companies that have been nourished by the boom. The result is that the large international contractors are being faced with competition from a more responsive group of local firms that are well experienced and able to take advantage of their smaller overheads. This will not affect all sectors, as the large infrastructure projects will still be undertaken by international contractors, but it will influence prices in the property sector.