A hung parliament means uncertainty - both political and economic, which is likely to hamper clients’ spending decisions 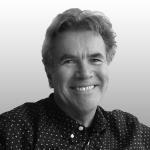 As any carpenter will tell you, pictures are hung; and it is people who are hanged. Parliaments can also be hung and leaders are often marched to the gallows.So it is this Friday morning - most likely. And as the same carpenter will tell you clients abhor uncertainty which means they close their wallets until it clears.

And, there can no tincture of doubt that we face a period of uncertainty; and a sustained period - both political and economic. This is compounded, too, by the imminent Brexit negotiations where a rational man would say that the UK is now a weaker protagonist.

By sector, even the biggest client (Her Majesty’s Government) will find it difficult to spend new money because law making will be protracted

By sector, even the biggest client (Her Majesty’s Government) will find it difficult to spend new money because law making will be protracted (even if there are willing voices).

Similarly, in the commercial sector, where the project gestation period can run to years, investors will sit on their hands pro tem; and the outlook was already shaky here.

The optimists will say that manufacturing will see a boost from a tanking British pound, but just as exports become more competitive, so too raw materials rise in prices (i.e. the vast majority of them are imported). Profit margins and cash flow will fall and with it discretionary spend such as that on new factory or warehouse building and refurb.

UK inflation will rise too and it will rise faster than average earnings. This means that the British consumer, who has single handed provided the bulk of GDP growth over the last three years or so, will close his pocket book. Retail sales will slow as will retailers’ capital spend. The same British consumer is also less likely to buy a new house; and this bubble will also be deflated.

Oh to wind the clock back to this time last year; sans an imminent Brexit vote.