Election reaction: Not the worst of all worlds

While sterling may be wobbly at the prospect of a hung parliament, we can welcome a return to more moderated politics 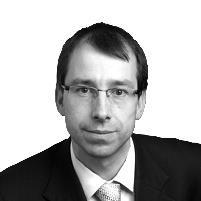 Markets hate uncertainty. Hence the fall in the value of sterling on the rumours a week ago of the risk of a hung parliament, and now that outcome, unimaginable at the start of the campaign, a reality.

But should we really assume that a hung parliament is the worst of all worlds? I am not so sure. I think it is a fair reflection that the country, faced with a greater polarisation of policies between the two main parties than I have seen in most of my voting lifetime, didn’t want to give either of the extremes of politics free reign.

So I am not going to join the ranks of those in the City of London fretting over the uncertainty that a hung parliament may bring. I think we should welcome the possibility that the uncertainty breeds more moderated politics. For our construction industry it could mean, for example, a recognition that our industry is heavily dependent on EU labour and that cutting net migration to the tens of thousands it not necessarily a sensible objective for a growing economy with a historically record high rate of employment. It might also mean a more mature outcome in terms of the government’s negotiating stance with the EU which recognises and seeks to preserve many of the benefits of being within the EU’s single market.

In other areas that affect our industry I am also relaxed, because I don’t see a significant difference of view between the parties. Both main parties believe in the value of an industrial strategy. Both are supporters of greater devolution, the northern powerhouse and the Midlands engine. Both support HS2, Crossrail 2 and other major infrastructure investments. I don’t see energy policy changing radically, or the structure of the rail industry.

Indeed the main benefit of a hung parliament is that many of the rather more eye-raising propositions put forward in manifestos are unlikely to happen.

Will it create administrative deadlock, preventing important decisions from being taken? I don’t think so. We are lucky in our industry that there is largely a political consensus around the importance of infrastructure investment and the need for more housing. And if the proposal in front of parliament is one that half our MP’s struggle to support, perhaps that tells us we shouldn’t be doing it.