Environment Agency on flooding: 'We're doing our bit. Are you doing yours?' 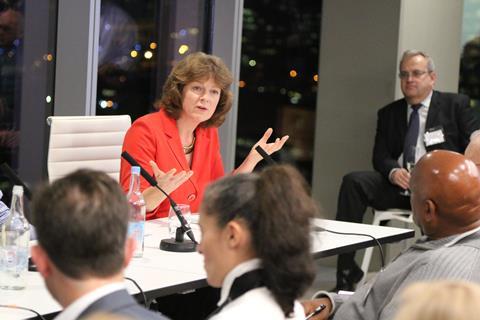 Even before this last week’s catastrophic floods in the north of England, flooding was big news - and an even bigger problem. One in six properties in the UK is at risk from flooding, and it costs the country £2.2bn every year. It looks only set to rise. The costs to individuals and to the economy are enormous, but are the government and the UK construction industry doing enough to prevent significant damage in future?

Over 100 people gathered on 28 October at the Water Matters launch event held on the 19th floor at 240 Blackfriars to hear an expert panel debate the contentious question of whether the country is prepared for the widely-predicted increase in extreme weather.

The evening was hosted by journalist and broadcaster Janet Street-Porter, who herself lives in a house “approximately 10 feet from the sea wall”, and so declared that “flooding is never far from my mind”. And from an audience vote taken at the beginning of the evening, the balance of opinion was that the UK is indeed not prepared for a large flood event - a view borne out by recent events. 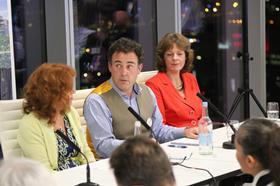 The expert presentations were kicked off by Alison Baptiste, strategy director of the Environment Agency, who acknowledged that “with climate change, extreme events are going to happen more frequently in the future”. However, she emphasised the progress that has been made in minimising flood risk in the last 60 years, through investment in flood defences and forecasting and warning systems, going on to say that over the next six years a further £2.3bn would be invested in defences. She acknowledged the importance of the construction industry’s role in building resilient properties and producing innovative products to aid in flood defence, but challenged the audience: “We’re doing our bit, in the Environment Agency and in government. My question is: are you doing yours?”

With climate change, extreme events are going to happen more frequently in the future

Will McBain, an associate director at engineering consultancy Arup, also defended the record of the UK “flood risk management industry”, drawing on his 20 years of experience in global flood risk management. “We have one of the leading R&D programmes in the world in this area,” he said, particularly regarding innovation and excellence in flood mapping. However, he concluded that the UK “probably won’t be ready for the next flood” because of under-investment, despite the fact that: “The average cost:benefit ratio of [flood defence] schemes in this country at the moment is about 15 [so] it is a bit depressing that we’re not spending more.” This, he warned, has left a number of communities at “unacceptable risk”.

Landscape architect Sue Illman, who is also Water Champion for the Construction Industry Council, focused particularly on urban flood risk in her presentation, warning: “It’s only going to get worse”. She cited four reasons for this: cities are becoming denser; climate change; most towns are sited on rivers; and sewer systems not designed to cope with the levels of runoff now experienced. She called on the industry to “retrofit our towns and cities comprehensively” to prevent flooding, and ensure that “all new development deals with its water adequately”, particularly by using soft sustainable drainage systems. Illman acknowledged “really interesting” work that is being done by local councils to mitigate flood risk but said that: “What we’re not doing is dealing with it comprehensively” and called for water companies, businesses and the construction industry to collaborate to find and implement solutions.

It’s only going to get worse

Finally, Peter Caplehorn, policy director of the Construction Products Association, focused on the construction industry’s response to the problem, asking “How much is enough?”. He pointed to the broad range of flood-resistant and water-repelling materials that are available, as well as products to retrofit homes to be more resilient but called for a more cohesive approach to implementing flood resistance measures: “At grass-roots level, the application of all these good things is chaotic. It isn’t governed by any straightforward process.” He proposed the use of Building Regulations to enforce the use of flood-resistant measures in at-risk areas, “because at the moment we have a stand-off between developers and local authority and nobody wants to take on the investment, nobody wants to bite the bullet and get on with it.”

Further matters for debate were raised by audience questions and by Janet Street Porter, who asked the panel how much using flood-resistant products adds to the cost of a house and also whether the government is over-reliant on local authorities to deal with flood risk.

To watch a video of the debate, go to www.building.co.uk/watermatters 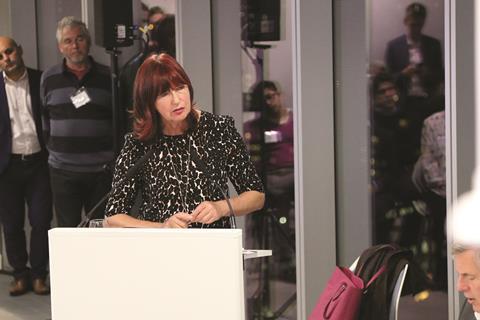