Construction firms needed to build Hinkley Point C have been poised ever since EDF declared it had plans to develop the site back in 2007. But nine years later and the decision on whether to invest in the £18bn project has yet to be taken – with last month’s ‘final’ investment deadline postponed once again. Yoosof Farah reports on a decade of delay and frustration 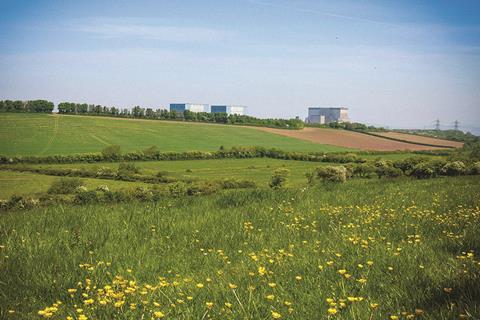 He was the man at the heart of the mammoth project who, it could be said, decided to leave before things became even more mired in delay. EDF’s project director for Hinkley Point C, Chris Bakken, announced last week he will leave the firm to join US energy giant Entergy. EDF said he will leave to move closer to home and spend more time with his family in the US, and will join his new employers in April. But many will have every sympathy with the timing of his choice. While a decision could still be made before he leaves, Bakken’s announcement came just two days after a final investment decision was widely expected to be made on the £18bn nuclear power plant but wasn’t. Maybe he too was fed up with the promises made about it.

In 2007, EDF Energy chief executive Vincent De Rivaz said he hoped to be able to roast his Christmas turkey in Britain with power from Hinkley C by 2017. Without Hinkley, he warned, “the lights will go out”. Less than two years until that blackout deadline and still there has been no confirmation the project will actually go ahead. EDF chairman Jean-Bernard Levy set out the company’s new official line in October, carefully declaring that a final investment decision would be taken “within weeks”. That came after the French firm promised to make a decision first in 2011, then 2012, 2013, 2014 and most recently – before the latest announcement – by “Q1 in 2015,” according to De Rivaz.

As the delay has built up, so too has the pressure. There’s a lot riding on Hinkley, especially political capital. The government has backed the power plant with a £92.50 per megawatt hour (MWh) strike price, double the current market rate. Prime minister David Cameron hailed Hinkley as a key part of Britain’s “low-carbon future”, while chancellor George Osborne persevered with the strike price despite heavy criticism that the deal was too generous to EDF and would mean considerably higher bills for UK consumers. Energy secretary Amber Rudd called the scheme “essential” to the UK’s future energy security.

No matter how much EDF shout at us to mobilise, we are not going to actually do it until we see that money in our bank account

But it’s not just the politicians who have a lot to lose. When EDF awarded contracts on Hinkley in February 2012, firms poured their staff on-site expecting the project to swiftly get the go-ahead. Preparatory work started, along with project planning, engineering design and commercial supply chain activities.

That was all stopped in April last year when EDF realised it needed more money to carry on - money which, thanks to the lack of a final investment decision, wasn’t forthcoming any time soon.

For the contractors and consultants who have been told to come on site, only to then be told to go away, and now to potentially come back again, the impact has been significant. So will they be prepared to answer a call from EDF, made last month, to press on as if a decision on spending has been made?

The effect of the repeated delays on firms lined up for the project should not be underestimated. For starters, it has left them needing a better deal because EDF’s delays have markedly pushed up the cost of working on the project.

Enabling contractors Kier and Bam are the most high-profile to have publicly changed the terms of their deal, announcing a new £203m contract win for their joint venture in October last year, up from the £100m they announced three years before.

And it’s not just the firms at the top that have been affected. “We were looking at Hinkley to help our business grow, but now we’re just going to stay flat,” says Ann Bentley, chairman of consultant Rider Levett Bucknall (RLB). The firm won a deal on Hinkley as a subconsultant before having its contract cut short when EDF hauled everyone off site.

For RLB, the hit has been tough to take – “we were quite seriously impacted,” admits Bentley - and is a sign of the struggles further up the supply chain. During peak activity so far at Hinkley Point C, RLB had five members of staff on-site. “People we had allocated for years, instead of going to Hinkley literally turned up in our office. They just sat there for two months until we were able to reallocate them. Of course we still paid them, and that impacted us financially,” says Bentley.

She adds: “Five people for two months, that’s 10 months, almost a year’s salary that came straight off our profits. It may not sound a lot, but it has significance. We took a hit as there was nothing we could do. To the bigger people the hit would’ve been very large.”

Bentley also says that while RLB only had five workers on the project, some of the bigger players could have had “hundreds” working on the scheme.

The frustration in the supply chain is clear, and has left some feeling wary. A director at a contractor higher up the chain – who asked not to be named – says the company will only start shifting workers back on to Hinkley when the money comes in. He says: “We still feel pretty confident it will go ahead, but no matter how much EDF shout at us to mobilise, we are not going to actually do it until we see that money in our bank account.”

Having won the enabling deal, Kier and Bam will be the first to start on site if a decision is made, followed by tunnelling contractors including Costain, and then Laing O’Rourke and Bouygues, who won the project’s main civils contract. According to sources close to Hinkley, Kier and Bam have twice put their equipment on site and then have been forced to take it off again as EDF postpones its final investment decision.The director source says the duo will be reluctant to go back on site before EDF makes that final call. “They’ll be the first ones to demand the money is in their bank accounts before going back,” he says. Kier and Bam declined to comment.

Almost a year’s salary came straight off our profits. We took a hit as there was nothing we could do. To the bigger people the hit would’ve been very large

But despite the anger of some firms, one source close to the project insists that while there are “real challenges in the supply chain” due to the project’s ongoing delays, suppliers are taking an understanding view of the situation. He says: “The ones in place have been fairly supportive of EDF; I’ve not heard any grumblings from any of them. They’re all very keen to move on, but they recognise it’s a difficult decision for EDF to make.”

A difficult decision indeed. If Hinkley does cost as much as the European Commission says it will - that is, £24.5bn and not the £18bn EDF insists it will cost - the bill will top that from Crossrail and a new terminal at Heathrow combined. Nobody has that sort of money lying around, especially when returns on investment won’t starting coming in for a decade.

Not now - but soon

So what’s the next chapter in this long-running saga? The latest apparent deadline for EDF is said to be their board meeting next Tuesday (16 February). Though with the board reported to be deeply split over Hinkley, don’t assume a decision will be taken then. As those in the EDF boardroom ponder a final decision, the message from the client to its supply chain – delivered with the words “unconstrained spending” - has been to get ready for action.

Sources close to the project have told Building that EDF has instructed its suppliers to press on as if a decision has already been made and start spending to get their workforce in place. The company has even leased office space in Bristol ahead of the project and says it will fit out the offices in the “next few months”. It’s a strong indication from EDF that it will go ahead with Hinkley Point C, or at least that it won’t say no for a few more months.

Another factor holding up EDF’s decision is its chosen reactor design, the European pressurised reactor (EPR). The EPR has been beset by problems on EDF’s other nuclear power plants currently under construction in France, Finland and China. All are delayed, while the one in France – Flamanville – has been a huge problem for EDF. Construction began in 2007, and almost a decade later, still hasn’t been completed. In 2007, EDF said the €3.3bn (£2.6bn) project would be completed by 2012. By September 2015, the firm admitted the cost had escalated to €10.5bn (£8.1bn) and completion pushed back to the end of 2018. Add to the mix reports that the UK government could withdraw its £2bn loan guarantee for Hinkley if Flamanville isn’t up and running by 2020, and it’s clear to see why the EDF board is stalling.

Meanwhile, suppliers waiting for work finally to be given the go-ahead are going to have to dig deeper into their reserves of patience and good will. 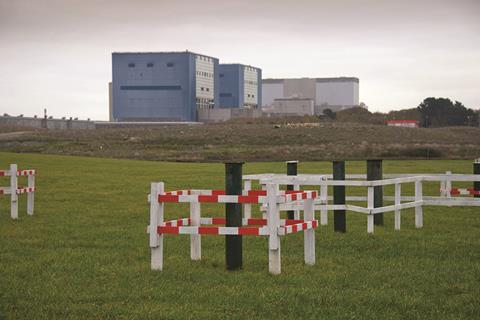 Will the lights go out without Hinkley?

Hinkley Point C will provide electricity for 6 million homes if it’s built, according to energy secretary Amber Rudd. And recently published National Grid figures suggest it needs to be built. The figures show that at times of maximum demand, the grid has a spare capacity of just 1.2%.

So what will happen to those 6 million households if the £18bn plant doesn’t go ahead? Will their lights go out? “Absolutely, no question about it,” says Ann Bentley, chairman of consultant Rider Levett Bucknall. “The view from those in the nuclear industry is that the lights will go out if Hinkley doesn’t happen. The government is already trying to expand the lifespan of existing plants to make up for Hinkley,”
she says.

Is Hinkley really that important? “It’s vitally important”, says Alasdair Reisner, chief executive of the Civil Engineering Contractors Association. “There has been criticism of those people saying the lights will go out, but that’s now treading towards reality,” he adds. “At a time when there are considerable concerns over energy margins, Hinkley Point C is vital for our future energy security.” If built, the power plant will add 3.2GW in electricity generating capacity to the UK, equivalent to 7% of the country’s needs.

Britain’s last new nuclear power plant, Sizewell B, came online in 1995. Two decades later and there’s still no confirmation a new one is definitely in the pipeline. Here’s how Hinkley has got to this point:

January 2008: A new nuclear plant gets state backing. Then business secretary John Hutton hopes a new plant will be delivered ‘well before 2020’.
October 2008: EDF proposes new plant next to its existing Hinkley Point B nuclear plant in Somerset.
February 2011: EDF chief executive Vincent De Rivaz calls 2011 a ‘year of delivery’ for UK new nuclear and says Hinkley can be built by 2018.
February 2012: EDF awarded Hinkley contracts and starts initial work on site, as completion date slips to 2019.
October 2013: The government finally agrees to pay EDF £92.50 for every megawatt hour of power Hinkley produces over a 35-year period. EDF promises a final investment decision by July 2014 and to deliver the new plant by 2023.
April 2015: EDF pauses Hinkley work as funding still not agreed, with final investment decision no closer to happening.
October 2015: Final investment decision to be taken ‘within weeks’, says EDF as Chinese investment is secured.