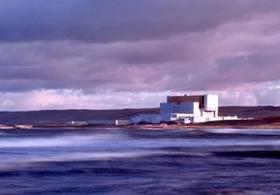 EDF has announced it will extend the life of four UK nuclear power plants by years each, as it continues to stall on making a final investment decision on new-build nuclear plant Hinkley Point C.

In full-year results published this morning, EDF said it will extend the life of Heysham 1 in Lancashire and Hartlepool in Teeside by five years each to 2024, while Heysham 2 and Torness (pictured) in East Lothian will be extended by seven years each to 2030.

EDF insisted it was “fully ready” for a final investment decision and to start construction on Hinkley Point C, adding that “final steps are well in hand to enable the full construction phase to be launched very soon”.

The final investment decision has been repeatedly delayed. It had been expected today to coincide with EDF’s final results, but it was not on the firm’s board agenda yesterday, amid reports of funding difficulties for the project. The FT reported yesterday it could take “several months” before the finance is sorted for the project.

A source close to Hinkley said: “Nothing has changed from EDF, the same message is still coming out.”

The source also told Building they understood the final investment decision “didn’t go to the board” and that “some advisory work was done instead about private financing”.

EDF instructed its suppliers to restart “unconstrained spending” on the scheme last month.

At the time, sources close to the process said: “EDF used the words ‘unconstrained spending’ to the supply chain to get the project moving. By ‘unconstrained’ they mean ‘we’re going to go on as if a decision has been made.’”

A final investment decision was previously expected to be made in January at EDF’s monthly board meeting, but was reportedly taken off after last minute concerns from some of the project’s most important backers.

Reuters also said a new internal report by the former head of French state nuclear agency CEA, Yannick d’Escatha, has raised doubts about whether Hinkley can be built on schedule.