This week’s poll: Can mayor Sadiq Khan hit his housebuilding targets for London?

Also read: Housebuilding by numbers - how many homes shoudld London be building?

London’s Labour mayor, Sadiq Khan, was elected promising to make building more homes his “single biggest priority” in office. His manifesto derided his predecessor’s failure to build 50,000 houses a year, and promised to “break the home-building logjam” and to make 50% of new homes affordable. Since being elected, he has presided over the creation of a hugely ambitious draft London Plan, targeting construction of even more homes - 65,000 a year.

But cold, hard reality is hitting home. The latest government housebuilding figures show Khan’s London is heading backwards – fast. Net additions to the housing stock – which include conversions and changes of use – were down by 20% in London in the year to April, dropping to 31,723. That’s under half the building rate promised in his draft plan. It’s also virtually the same number built in predecessor Boris Johnson’s final year in office. 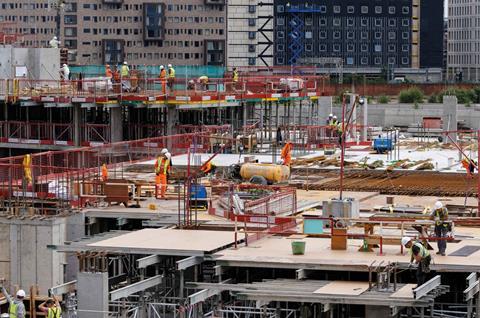