A bad time to be a new idea: tried and tested innovations 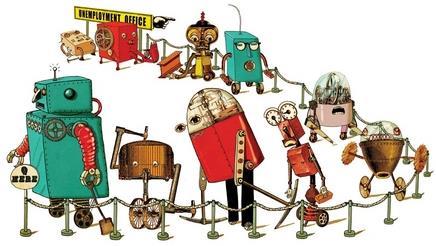 With margins heading south, there has never been a more compelling case for doing things differently. The bad news is that trailblazing innovations can be expensive. Fortunately, as Thomas Lane reports, there are some pretty good ideas already out there …

Here’s the problem: with margins plummeting towards zero, construction companies urgently need to come up with neat ways of cutting costs without compromising quality. In other words, this needs to be an age of innovation.

But the problem runs deeper than that. Innovations tend to cost money, which there isn’t a lot of at the moment, and it takes time to come up with an idea, then even more time to develop and implement it. Even if companies had that kind of time, there is an enormous risk factor with incorporating an untried material or method into a project, and the last thing anybody needs is to end up in court over a project delay. So it is hardly surprising that many firms are cutting right back and adapting to a world of single-stage tendering rather than thinking about how best to be a progressive, forward-looking business.

The trouble with that approach is that, as Peter Caplehorn, technical director of architect Scott Brownrigg, says: “It will come back and bite them as they won’t be able to move forward. They will be rooted in a mean way of doing things.”

So what sort of improvements should today’s cash-bedevilled companies be concentrating on? Interestingly, the answer might not be innovation at all – at least not in the sense of coming up with revolutionary ways of doing things.

Innovation is about … simple solutions

Construction is an old-fashioned sort of business. Houses are still built by placing lumps of fired clay on top of each other (as the Romans did) and binding them together with a mixture of water, sand and lime (as the Romans also did). Okay, the industry has moved on since Julius Caesar’s day, but compared with the slick, automated factories of the car industry, construction is only just emerging from the Middle Ages.

You might think that only the most wilful optimist would see this as good news, but actually it might be – because it means construction has plenty of room for improvement without necessarily reinventing the wheel.

“Quite often innovation is about small things,” says Peter Rogers, technical director of developer Stanhope. “The quantum jump is very rare.” Indeed the downturn is more likely to promote simpler solutions. “We may go back to brick and block on some of our smaller developments,” he says.

Stanhope has responded to the downturn by making use of the time it has available to research different approaches. Rogers says it has not made anybody redundant; instead staff are spending more time on research so the firm is better positioned for the upturn. “When it comes, it will happen very quickly, and if companies haven’t done the research now they will get left behind,” he says.

But this doesn’t necessarily mean developing entirely new ideas. One thing that Stanhope is working on is its own cladding solution, because the weak pound has added about 30% to the cost of bringing systems in from Europe. In common with a lot of so-called innovation, this uses tried-and-tested components (see below).

Simon Rawlinson, a partner in consultant Davis Langdon, also believes there will be a return to simpler solutions. “We won’t be seeing a curtain walling system as sophisticated as that being proposed for the Pinnacle [in the City of London] for a few years,” he says.

Rawlinson cautions against using highly innovative, untested technical solutions. “If you put together a tremendously innovative solution that only one or two specialists can deliver then you are at tremendous risk because if they go belly up or it doesn’t work you’re in trouble,” he says. “It means the contractor can’t complete and hand over the building. All the penalties go through the contractor; in court you have to prove someone else was negligent and that can take years,” he says, using Multiplex’s legal battles over Wembley stadium as an example. Many of these stemmed from the technical difficulties involved in constructing its extremely complex arch.

Innovation is about … efficiency

If you put together a tremendously innovative solution that only one or two specialists can deliver, you are at tremendous risk if they go belly up

So if it’s not about earth-shattering technical innovations, how should construction companies be doing things differently? It seems that using technology to improve business efficiency should be top of the list. Even Buro Happold, a consultant well known for its technical prowess, is putting business efficiency first. “We’re putting more focus on business innovation in the short term,” says Colin McKinnon, innovation leader at the firm. “The business side is important when markets are getting tougher and margins tighter. In the medium term, the focus is technical but the budgets for that are facing more pressure.”

The idea is to work smarter using developments such as building information modelling (BIM), still only a minority activity, and more collaborative working.

BIM is, in theory, a very simple idea: by designing in 3D, and adding elements such as cost to the model, data can be shared with all members of the project team, allowing them to share expertise rather than working in isolation. The design process therefore becomes more efficient and there should be fewer mistakes on site.

Some companies that already embrace these types of practices are adapting them for use in other parts of the industry. Brendan Ritchie, managing director of innovation and sustainability at Willmott Dixon, says it has found a use for BIM, a technology usually associated with highly complex buildings, for designing houses. Ritchie says issues such as airtightness and thermal performance are easier to tackle when all parts of the project team are working from the same model.

“Innovation these days is about how you manage the process and get the people with the specialist knowledge working alongside each other to get the best results,” he says.

Innovation is still about new ideas …

Of course there is still a place for bright ideas that are so simple and effective that nobody can object to them. “Occasionally you get a really clever idea that is really helped along by being adopted by a few major contractors,” says Scott Brownrigg’s Caplehorn. He quotes the example of using plastic fibres to reinforce concrete. “That went from zero to hero in a pretty short time because the cost benefit was so obvious,” he says, adding that anything new must be thoroughly tested and prototypes built before it is incorporated into a building.

Caplehorn also reckons that people can be too cautious about adopting new ideas.

He complains that the cost models used by some QS firms add a big risk factor to innovation, which makes them more expensive. “One of the greatest innovations we could have is a new way of costing buildings,” he says.

It mustn’t be forgotten that innovation is also being driven by a more long-term factor than the recession – one that really will require new ideas. As Jaya Skandamoorthy, director of enterprise and innovation at BRE, says: “We are focusing on challenges that we have never had to face before – there are the effects of global warming, such as more flooding, and we need more environmentally friendly buildings, so we need new thinking and partnerships with companies to develop new products and ways of doing things.”

But even here, the definition of innovation is far from simple. Crispin Matson, director of services engineer RYB Konsult, argues that the real change needs to happen at policy level rather than in the labs. “The technology is already there – how we finance and implement technologies such as district heating, recladding existing buildings or renewables is the issue,” he says. “How we fund these things – that is where the innovation is needed.”

The stanhope guide to pioneering

Stanhope took a rather more upbeat approach to the early nineties recession than many developers. “We said, if we build now we will get a good price from contractors and if we adopt some good ideas we should be able to cut this by another 20%,” says technical director Peter Rogers.

The firm pioneered processes that are now regarded as best practice. “In the last recession we took control of the process, so that is why we drove construction management so hard. We found the best people to do it with and worked with them on the best solutions,” says Rogers. “A lot of it is developing the design before you get to site and start doing it with your trade contractors.”

This time around Rogers says the focus is less on the process and more on the product. This is being driven by the fall in the value of the pound. “The pound is shot so the question is, how can we build locally?” says Rogers. “It’s a double whammy as it’s more environment-friendly and saves on the exchange rate.”

Because most cladding systems originate in Europe, Stanhope is working on a homegrown alternative. This is a precast concrete panel that will be supplied complete with insulation attached and windows fitted. The firm has also developed a flooring system that uses a steel sandwich panel called SPS. This is used on steel-framed buildings and replaces composite floors where concrete is poured onto corrugated sheet steel. SPS eliminates the need for concrete, thereby accelerating the process. This is all part of Stanhope’s ambition to come up with a flatpack building solution.

“I am convinced we won’t get an efficient building until it’s a kit of parts – plug and play,” says Rogers.

Original print headline: A bad time to be a brilliant new idea