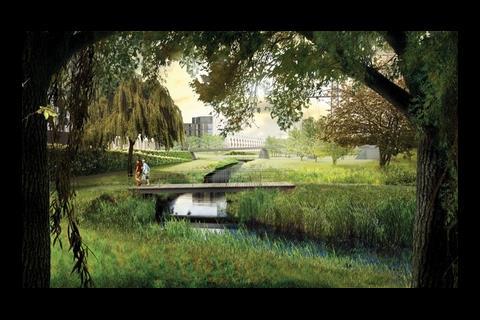 Green spaces will be vital to developments like Barking Riverside, which will include 10,800 homes 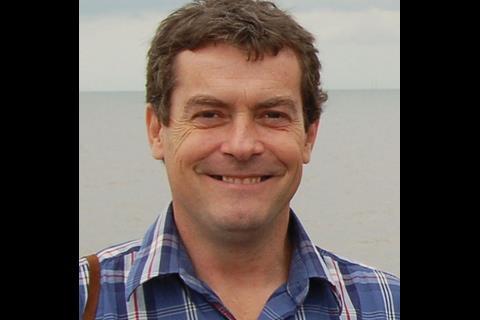 Developers, architects, councils and government agencies will come together at next month’s Thames Gateway Forum to launch a scheme stressing the importance of green spaces in the South-east’s biggest growth area

A new project that aims to boost the profile of green spaces in urban development is to be launched at Building’s Thames Gateway Forum in November.

Natural England, the quango set up to protect and improve the country’s natural environment, said it was gearing up to unveil the scheme, which is being championed by Arup director Peter Head. A Natural Development will operate in partnership with key developers, government agencies, local authorities, architects and other members of the industry.

Speaking ahead of the conference, which takes places at London’s O2 centre on 3-4 November, Natural England senior specialist Brian McDonald (pictured, right) said the project aimed to increase awareness of how green spaces can be incorporated into developments of all shapes and sizes.

He said: “The issue of green infrastructure is fundamental. Increasingly people recognise that you need to have the natural environment as a factor in the success of a development. But there’s a challenge at the smaller end of the scale. That’s partly what this project is seeking to do.

“We need to show that green infrastructure can be delivered across a range of scales so that it’s actually something that’s carried into all developments, from the smallest to the biggest.”

The project will initially focus on three or four schemes in the Gateway and aims to establish showcase projects based on four principles:

The last point is of particular importance, according to McDonald. He said: “We all know the health benefits of having access to good quality open space where you live. It makes such a difference to the point that people actually live longer. And things like allowing people to move between where they live, shop and work in a sustainable fashion are a must.”

Although McDonald said there was a “growing appetite” among developers to embrace green infrastructure, he added that the recession had raised concern that progress would be held up. He said: “There is clearly a challenge there and we need to make sure developers still see this as a factor in what they create. But it is one of those double-edged situations. While the financial crisis is a great concern in terms of delivery, it also gives us time to reflect and learn and share good ideas.”

To that end, a website will also be launched at the Forum to keep people up to date on A Natural Development’s activities and create a space where best practice can be shared.

The forum provides commercial, networking and learning opportunities for the organisations that will deliver Europe’s largest regeneration project. For more details and to register, visit www.thamesgatewayforum.com.