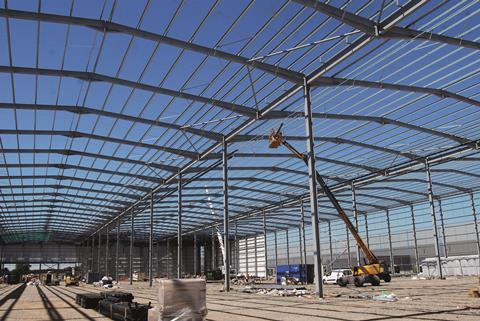 Costing Steelwork is a series from Aecom, BCSA and Steel for Life that provides guidance on costing structural steelwork. The next quarter focuses on retail buildings, which will be published in January 2018.

Published each quarter, Costing Steelwork examines the key cost drivers for different sectors, provides a building type-specific cost comparison and includes a cost table, which indicates cost ranges for various frame types. These cost ranges can be used at all design stages to act as a comparative cost benchmark. Subsequent articles will provide updates to ensure the data remains current. The series comprises studies into office, education, industrial, mixed-use and retail buildings.

October’s article in the series focuses on the industrial sector, examining the process of cost planning throughout the design stages, assessing the key steel framing cost drivers for industrial buildings, and providing a detailed cost model based on an actual industrial building.

Below you can read this most recent oveview, published in October 2017. The full guide is available here: 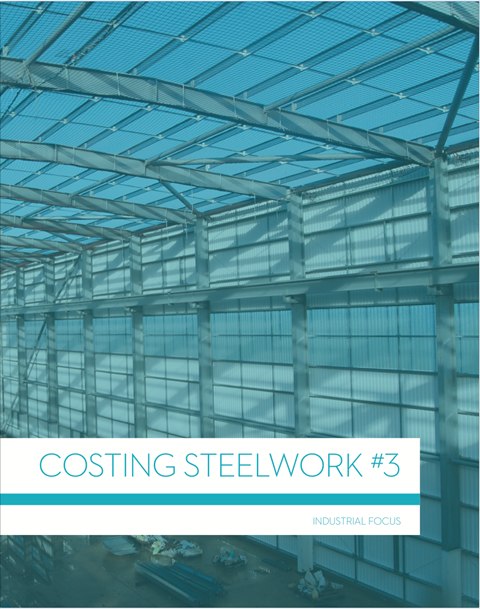 Construction prices rose by 3.4% over the 12 months to Q2 2017 provisionally, according to Aecom’s tender price index (figure 2). The yearly rate of change recorded at Q1 2017 has been revised downwards to 4.6% from the provisional figure of 5.0% reported in the last market forecast. While the demand-side and supply-side factors driving recent price increases are unchanged, they are now having a lesser effect. It is uncertain when an inflection point might arise where supply-side factors weigh more heavily than those on the demand side.

Input costs continue to support prices. Building materials costs increased by 3.9% between Q2 2016 and Q2 2017, according to Aecom’s building cost index. Price movements between Q1 2017 and Q2 2017 were relatively small, though, indicating a slight easing in the rate of increase. Some respite is seen in commodity prices, which continue to unwind after the price rebounds seen in the second half of 2016. Producer price rises have also eased in 2017, as prices for materials and fuels consumed by UK manufacturers rose more slowly: by 9.9% over the year to June. Crucially, almost all main and trade contractor firms expect to see materials and input costs rise for their work.

Long-term skills shortages, compounded by rising cost pressures, increase the likelihood of contractors passing on higher prices to clients – at least if overall workloads hold up. However, there is a risk that these upward cost and price pressures might conspire to reduce client demand. Although recent movements in official data point to a falling output trend, a reduction in activity might still feel like firms are busy because of how stretched they have been for some time. As input costs and output prices evolve, so do the commercial signals in the market place. Evidently, there is growing tolerance for parts of the supply chain to fix prices for defined periods of time, which was one of the sources of commercial negotiation in recent years.

Construction labour rates rose by more than 3% in the 12 months to Q2 2017. The pace of wage inflation in the trades picked up marginally from Q1 2017, underlining the robustness of demand. Within the trades there is some monthly and quarterly variation in the average rates of change, but the market is positive for construction workers overall, particularly with real wages in the broader economy now falling due to higher consumer price inflation.

Domestic inflation is expected to continue as a feature of the economic picture over the short term and into 2018, although sterling may strengthen moderately against major currencies. The effects on construction will be ongoing pressure for suppliers to maintain or increase the prices of construction inputs: namely components and materials.

Aecom’s baseline forecasts for tender price inflation are 3.3% from Q2 2017 to Q2 2018, and 1.7% from Q2 2018 to Q2 2019. Upside risks to future pricing are higher this time, reflecting demand/supply interactions still in evidence across the industry. Pricing over the past 12-month period has been to the upside of many baseline forecasts published this time last year. Price expectations for the second forecast period are lower, as political events are expected to act as a drag on the UK economy and construction. Reflective of this, a greater balance of risks to the downside is expected. The full extent of Brexit will be clearer by that point, and is likely to create increased turbulence before some calm returns.