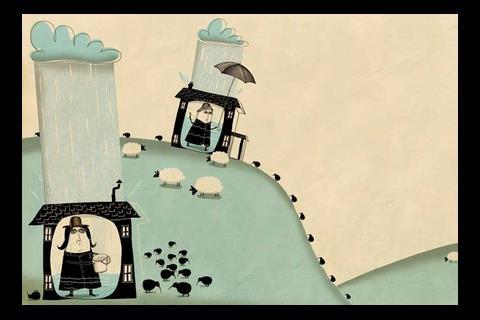 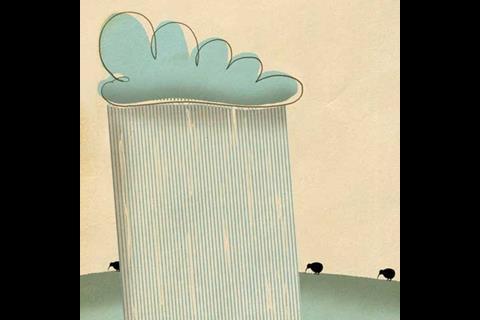 Cutting red tape is one thing. But total deregulation is about as sensible as turning on your bathtaps and going on holiday – as thousands of soggy Kiwis now know

‘Building Regulations have become overly complex. They need to be reduced.” So said the Tories’ planning green paper, published last month. Although there is doubt whether this should have been in the planning document at all both main parties have made noises in recent years about cutting through the red tape and allowing more self-certification. And as housebuilders struggle to stay afloat while chained by the neck to a sack of of rules and initiatives, the issue looks likely to stay on the agenda. But before anyone is tempted to look to the Building Regulations as an easy way to lighten the load, they may want to take note of what happened when one country took deregulation too far.

That country is New Zealand. Last December, the government in Wellington released a report that explained how it was that 89,000 leaky roofs and rotting homes came to be built between 1992 and 2002: that’s a quarter of all new homes. The repair bill was estimated to as much as £5bn. Here’s how it happened …

Seeds of a scandal

“Large-scale deregulation of the building industry led to a real lack of control in New Zealand,” says Adina Thorn, a partner in Hoskins Thorn, an Auckland firm of lawyers that specialises in prosecuting leaky home claims on behalf of owners.

In 1992, strict prescriptive codes were replaced with performance-based standards, after heavy pressure from the construction lobby, keen to cut costs and red tape. The new codes scrapped the need for cavity walls. Timber-framed single-skin external walls, clad with flat cement fibreboard, were allowed, because tests showed the method “performed” – by keeping out the rain.

This “monolithic” construction might have worked, if builders had followed the manufacturer’s installation instructions to the letter. They did not. Head, sill and parapet flashings were routinely omitted. Ventilation and weep holes were not cut. Joints were not properly sealed. Even then, disaster could have been averted – if it were not for the abandonment of timber treatment in 1995, after the powerful timber suppliers lobby persuaded the government it was not necessary.

So, the rot set in, and was accelerated by penny-pinching and poor design. Developers started saving money by shaving overhanging eaves and gables to a bare minimum and fixing windows flush with the cladding. Just to cap things off, architects began to design homes in the “Mediterranean style”, with flat roofs, short parapets, secret gutters and internal rainwater pipes. This is fine in southern Europe, but not so good in the relatively wet New Zealand climate.

By 1998 the complaints began – and began to grow. The government knew it had a problem. In 2002, senior civil servant Don Hunn produced a report on ways to cope with it. That led to the setting up of the Weathertight Homes Resolution Services Act and the stable door began belatedly to close. In 2003 the use of untreated timber was banned; in 2005 the building codes were tightened; in 2006 the Weathertight Act was modified to allow for tribunals to handle complaints. And a flood of claims began to pour in …

The average legal fee for prosecuting a £100,000 weatherproofing claim is about £33,000, says the government report, which was compiled by Pricewaterhouse Coopers (PwC) – with another £15,000 paid to expert witnesses. More than 1,000 claims have been lodged with the government’s resolution service in the past 12 months, taking the official number of leaky units to 7,600.

Many owners who don’t have a builder to sue are pretending they don’t have a problem. They do: their houses are unsellable

The question now is, who pays? Not surprisingly, the buck has been passed with a speed and grace worthy of the All Blacks. One of the leading cladding suppliers, Australian firm James Hardie, is arguing that if builders had followed the instructions in the product literature, then their Hardi-Flex and Hardi-Tex cladding would not have failed. Most of the builders have declared themselves bankrupt to avoid claims (although big firms such as Multiplex are ensnared in court battles over apartment blocks). Many of the architects and designers affected have gone into liquidation and set up under other names. Individual project managers have been held personally responsible for the damages dodged by their employers.

As for the building inspection service, that was largely privatised in the nineties. Councils delegated responsibility to small firms or individuals whose insurance was hopelessly inadequate to cope with this disaster. Those affected have gone bust.

That just leaves the local authorities who passed the plans – and central government, whose big idea this was in the first place. Building and construction minister Maurice Williamson promised just before Christmas that the Cabinet would look at a package of measures to help afflicted homeowners, but the government is still denying any legal responsibility and is resisting calls to pay 10-15% of the weatherproofing costs to homeowners who drop legal claims.

Local authorities are now being battered into paying 15-25% of repair costs, but that still means homeowners with no builders to sue are having to pay the lion’s share of the repair costs. Many owners are currently pretending they don’t have a problem. They do: their houses are unsellable.

Could it happen here?

Not under the current system – for example, Part A of the Building Regulations forbids the construction of flimsy single-skin external walls using untreated timber.

But this could change under Tory plans. These could allow volume housebuilders to self-certify their designs and carry out their own quality inspections, according to one senior Tory source. The role of the NHBC and local building control officers would be reduced to the odd random site check, rather than inspecting every house.

One lesson that New Zealand teaches us is that the potential for disaster grows when new construction methods are introduced. In the UK, the growth of prefabrication to meet requirements such as the Code for Sustainable Homes could be dangerous in a less regulated industry. “If you build in a new and over-complex way, you are asking for trouble,” warns Barry Davidson, a former president of the Structural Engineering Society of New Zealand and director of Compusoft Engineering in Auckland.

Davidson, who joined New Zealand’s Building Research Advisory Council after the debacle, is also wary of the motives of those pushing new ideas. Novel methods and relaxed standards were allowed in New Zealand, he says, because “you get powerful lobbies that put forward people who can afford to spend a lot of time on relevant standards committees”.

It’s understandable that the industry wants to slim the regulatory burden down, but the trick for politicians is to judge the difference between pointless bureaucracy and regulations that make buildings safe, sustainable and fit for purpose. Get that wrong, and as the New Zealand experience shows, you could destroy the industry the legislation was originally intended to protect.