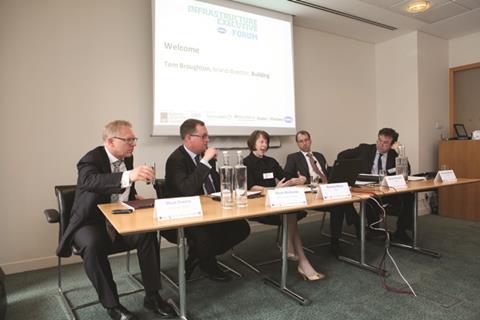 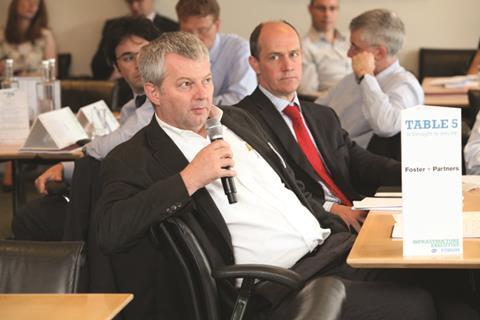 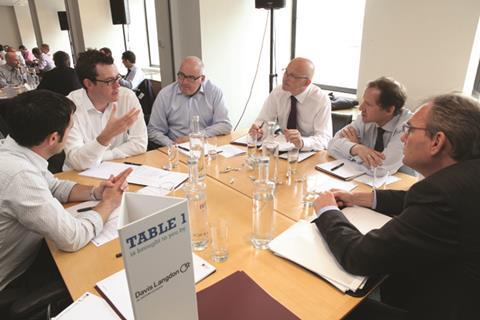 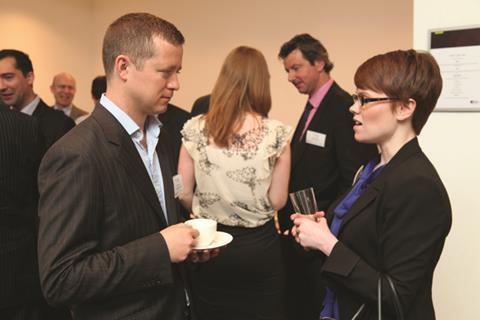 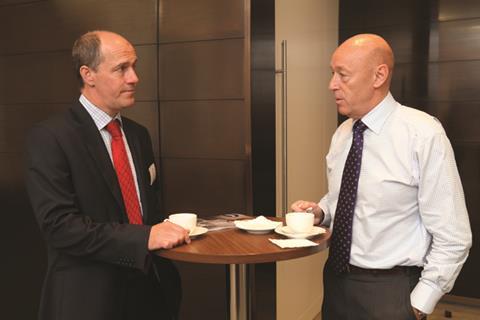 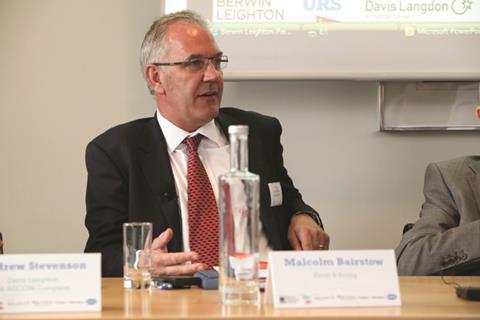 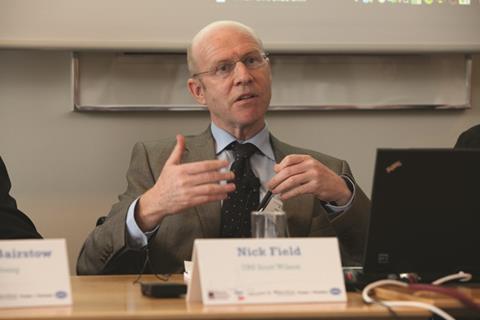 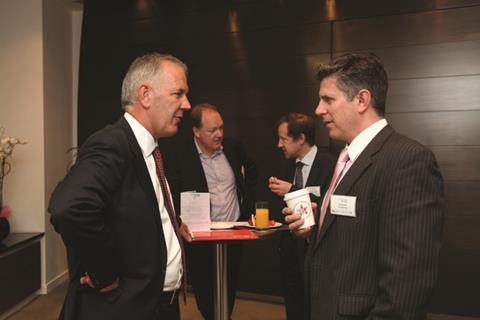 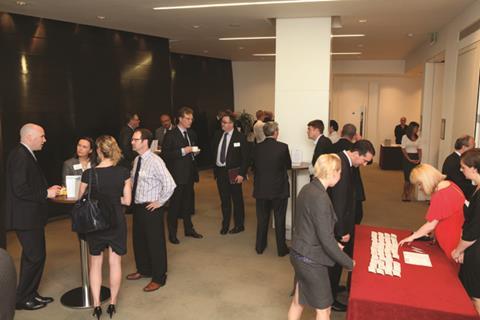 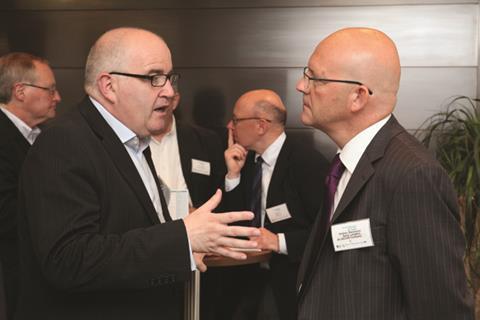 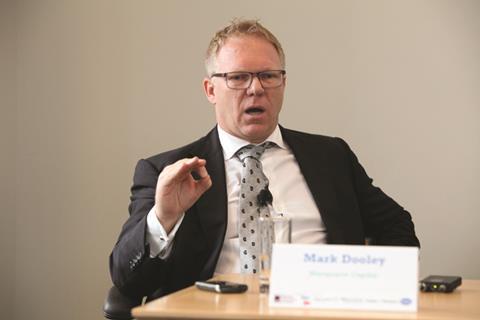 Sponsored content: The value of global infrastructure projects is enormous, but this market also has tough challenges. Building invited a panel of experts to debate the issues at the Infrastructure Executive Forum

UK consultants are well placed to capitalise from trillion-pound investments in global infrastructure but a lack of finance is stymying markets closer to home.
These were the key themes to emerge at Building’s first Infrastructure Executive Forum held recently in London.

Global consultants joined investment bankers to discuss the state of project finance and to identify the next wave of emerging economic and high-growth infrastructure sectors.

After the gloomy assessment of the current investment climate (see, How finance delivery broke, below) panel members looked at solutions to unlocking private sector project finance.

Berwin Leighton Paisner’s Mark Richards said the government could do more to stimulate long-term investment by providing a “clear, coherent and independent regulatory framework” for industries such as water, transport and energy. He said cancelling the third runway at Heathrow sent out the wrong signal to the investment community: “If you start messing with the regulated assets it will turn off the investor community.”

Richards said the National Infrastructure Plan (NIP) is a step in the right direction as it makes it clear to investors what sectors the government is focusing on, though it lacked detail on how the investment gap would be bridged.

The panel highlighted two initiatives to kickstart the funding of infrastructure through bonds: EU project finance bonds and the Hadrian’s Wall Capital Product.
The EU’s proposed project bond aims to enhance the credit worthiness of infrastructure bonds by using the European Investment Bank (EIB) to guarantee up to 20% of the project value. If the project was unable to generate sufficient cash to service its debt the EIB would step in with funds.

KPMG’s Richard Threlfall said there is a discussion in the Treasury about the Green Investment Bank providing the equivalent of EU project bonds. “For government to take out that slice of risk is absolutely the simpler, most efficient thing to do,” he said.

The HSBC’s Katrina Haley said that the government should put forward a pilot project to demonstrate the benefits of bonds. The Hadrian’s Wall product is a fund
that guarantees around 10% of a project’s funding requirement, which predates the EU project bond.

The future for these types of products looks promising, said BLP’s Richards, and credit ratings agency Fitch reported that the EU project bonds could improve credit ratings of large infrastructure projects and allow institutional investors back into the market.

With the government planning to fund 70% of its £200bn infrastructure plan through private sector funding, such as project infrastructure bonds, these methods of leveraging project finance won’t come a moment too soon.

The second forum panel focused on where the estimated $60tn (£37tn) of global infrastructure was going to be built, and the emphasis was East, not West.
The Middle East was still seen as having growth potential despite the uncertainty of the Arab Spring. Enrst and Young’s Malcolm Bairstow identified huge opportunities in Saudia Arabia, Kuwait, Qatar, Iraq, Afghanistan, and potentially Libya.

Nick Field of URS Scott Wilson was concerned about the “momentous changes” in the Arab world. “Qatar is stable and Bahrain is always on the edge, but the real worry is Saudi Arabia which has high unemployment.”

There was a difference in views on the Chinese market. Field was worried Chinese firms could pose a competitive threat: “We’re now seeing Chinese contractors on the world stage and they’re beginning to innovate.” But Norman Anderson of CG/LA said that China still had a long way to go, and would need outside help. A comment that seemed to be borne out by news last week that Arup had signed a deal with the China Railway Group to pool resources in pursuing global infrastructure opportunities.

Forecasts for huge growth in global populations was the underlying reason for infrastructure growth said Foster + Partners’ Huw Thomas. Demand from the new middle classes is unrelenting, he said, and this is driving urbanisation and the demand for energy, water and transport infrastructure. “Five to seven years ago our clients saw what was happening and they started investing world-wide,” he said.

Thomas said there are great opportunities to use infrastructure to leverage more investment in the local economy. He cited Saudi Arabia, where new sustainable cities are being planned along high speed rail lines.

Thomas believed UK consultants have the ability to unlock secondary value around infrastructure investments: “Our ability to innovate is very important.” He saw particular opportunity around transport hubs, such as ports and airports and said that more infrastructure could be leveraged through the extractive and energy industries. He said energy investment could unlock investment: “The thinking about the way we tackle energy allows us to look at other things. Energy is a Trojan horse. It will allow us to develop around energy plants.”

In the UK the panel said the focus was more on getting the most from existing assets than building shiny new infrastructure. Field said that the UK was investing only when absolutely necessary, such as in energy now when we’re about to run out of power.

Around existing infrastructure KPMG’s Threlfall saw an opportunity to link up underused airports. “We don’t have to build a new airport on Boris island. There’s no reason why we can’t use existing runways.”

The good news is that UK consultants are well placed to win the £1tn of global infrastructure work over the next five years, according to Ernst & Young’s Bairstow. He said there is an emerging global super-league of delivery partners and project managers which includes many UK companies.

“We have fantastic iconic design brands such as Fosters, Rogers and Arup. It’s a strong competent in the UK,” said Bairstow. “But we should be better at productising what we do. We sell great project once but there’s no repetition.”

CG/LA’s Anderson said the UK should build on well-known brand values. “You see UK firms leading the way in many places around the world. There is a giant opportunity to brand UK infrastructure and use it to strategically push higher level projects around the world.”

It looks as though many of the UK’s construction professionals will be living away overseas for a while yet. Until the government can unlock global private sector finance there will be limited UK investment, which means consultants will be going global with their blue chip brands to build infrastructure for the next generation of global superpowers.

How the finance delivery model broke

The 2008 global financial crisis hit government capital spending budgets and reduced the private sector’s ability to lend. An important source of finance disappeared with the demise of “monoline” insurers following the credit crunch according to the panel. These insurers provided credit guarantees for government infrastructure bonds and monitored them on behalf of institutional investors who didn’t have the resources to do it themselves. With monolines providing guarantees, risk-averse pension funds and insurers were able to invest in projects such as the £2bn Allenby and Connaught, MoD barracks.

This pipeline of finance broke when monolines became exposed to bad debt long term. Without access to bonds the market now relies more heavily on bank loans. Since 2008 banks have had to limit lending to ensure they have sufficient liquidity to absorb unexpected financial shocks, and the rules on liquidity are set to get tougher. Lending rules for insurers were also being tightened from 2013, as part of an EU regulation, which aims to reduce the risk that insurers would be unable to meet claims.