Has prime lost its shine? 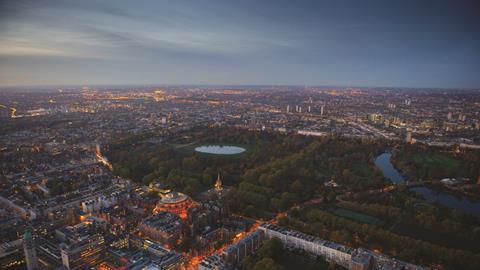 London’s luxury residential market has been one of the few sectors to sparkle over the past five years. But slow growth in 2012 has led to fears that planned developments could lose their lustre

Chelsea Barracks was already the subject of controversy about its design when, at the end of January, it faced further negative headlines: the scheme had been put on hold. An anonymous source at developer Qatari Diar told The Guardian that the company was reviewing the £3bn scheme in light of the ongoing economic problems facing the UK. The project had already been subject to a complete redesign, after Prince Charles described the original Rogers Stirk Harbour + Partners plans as “insane”. But this time, the source hinted, Qatari Diar might consider abandoning it altogether. “They could sell [the site] at any time,” he was quoted as saying.

There is broad agreement that Qatari Diar paid too much for the Chelsea Barracks site, which it acquired from the Ministry of Defence for £959m in 2007 before the market crashed. According to one analyst: “The reality is that the price they paid was no doubt quite full. I think that’s widely accepted in the market.” But on top of this, the second half of 2012 saw a significant cooling off in the prime London residential market: if the Qataris had been relying on the continuation of the sort of value increases seen in recent years in order to make the scheme viable, it is perhaps unsurprising that they are thinking again.

When such a cash-rich company cannot make a scheme succeed, on the biggest site in London’s prime residential market, it raises important questions about the future of that market - which until recently seemed so hopeful. So, how significant is the slowdown and what impact will it have on developers and construction firms active in central London?

In recent years, prime London residential development - defined as properties worth at least £1,000/ft2 - has been one of the only UK markets in growth, with central London performing particularly well. According to research by property firm Savills, in 2009, 2010 and 2011 central London prime residential saw price increases of 21.3%, 6.7% and 14.2% respectively. What’s more, sites that command prime values are no longer restricted to the traditional enclaves of wealth such as Mayfair, Kensington and Chelsea. Riverfront sites in zone one, as well as areas of Islington, Richmond and Hampstead, can today command if not the same then at least values at the lower end of the prime bracket.

Such performance drew envious glances from housebuilders that have not traditionally had a prime London presence and the overall strength of the capital’s market has led to a rush of firms such as Taylor Wimpey, Crest Nicholson and Redrow setting up dedicated London businesses. Taylor Wimpey is developing five schemes and has a further five or six in the pipeline, while Redrow is working up two projects, according to a spokesperson representing both companies. New firms, such as London Square and Mount Anvil, have also been created to take advantage of the healthy state of the prime residential market.

However, a Savills report published in January showed that in the second half of 2012 there was a marked slowdown in the rate that prices of prime residential properties inLondon were growing. While year-on-year figures showed growth of 5.1%, over half of that happened in the first quarter of 2012. Between the third and fourth quarters of 2012, prices went up by just 0.8%. What’s more, Savills forecasts that values in the prime market - in both central London and outside zone one - will be flat in 2013 and see only modest growth of 3.5% in 2014. That view is backed by another report by Savills’ competitor Knight Frank, also published in January.

So, what has changed to tarnish this golden market? The Savills report pins the blame for the slowdown in the prime market squarely on chancellor George Osborne, specifically the recent changes to stamp duty charges. In his budget statement last April, Osborne announced that rules that allowed investors to buy up properties through corporations and be charged just 0.5% in stamp duty land tax (SDLT) would be scrapped. Instead, corporate purchases of homes costing £2m or more are now charged SDLT at 15%. Individuals buying such properties can expect a still substantial 7%.

The changes were intended to address the perceived problem of wealthy foreigners buying up prime London property at next to zero benefit to the Treasury. Problems in the eurozone and the unstable political situation in the Middle East, not to mention the growth of personal wealth in countries such as China, have led to significant investment in London’s prime residential market. The UK is seen as a relatively safe haven for investment and the sorts of year-on-year value increases seen in the last three years outstrip most other investment options. However, given that foreigners account for over 60% of home sales in central London, developers are to a large extent dependent on overseas investment for their schemes to stack up.

Another possible factor emanating from Whitehall that might limit growth regards changes to planning regulations that make it easier to convert office developments into flats without the need for planning permission. Such changes could be expected to lead to a rush of new homes onto the central London scene, thereby creating a buyer’s market. However, there is broad agreement that the impact has been, and will continue to be, limited (see box). 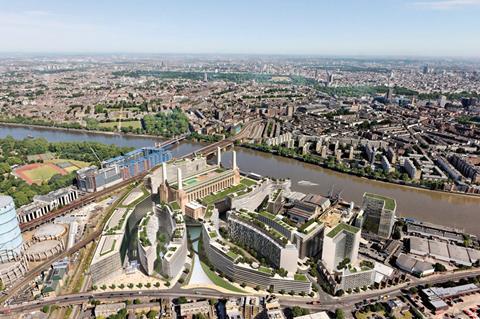 The fact remains, however, that any sort of slowdown could have a serious impact on developers and the construction firms that work for them. The rush of new firms to the London market has increased competition for land and driven up prices. This sort of inflation can encourage developers to buy land that is unviable at current residential values, in the belief that by the time the building is completed it can be sold at a profit. However, in a market that faces a period of stagnating values, that starts to look like a more foolhardy calculation.

According to Mark Farmer, head of private residential at consultancy EC Harris: “Lots of people are bidding for some of the key sites in London. The danger is that you end up with a legacy problem, in terms of the rate of sales increase we’ve seen historically year on year not being replicated. I’m not saying it’s crashing, but there are signs that it’s cooling off.”

It is here that the danger lies for both established and new prime London developers. “There are many sites out there that just don’t stack up,” says Joseph Blythe, head of private residential sector in London at consultancy Davis Langdon. “It’s not that the site isn’t prime, it’s just that with the asking price at the moment they don’t stack up.”
An additional issue to bear in mind, according to John Anderson, chairman at developer Berkeley Urban Developments, is that build costs are only likely to go up, placing further pressure on viability.

I’m not saying that it’s crashing, but there are signs that it is cooling off

“There are fewer contractors in the market, so there’s less competition, and there’s only so far and for so long that any one firm can maintain very low margins,” he says. “I think that some of the people who are paying silly money for land are forgetting that we’ve had such very good deals on build costs over the last five years, which now might be disappearing.”

Of course, the current state of lending for development projects should act as a check on the market and prevent a glut of new homes from depressing values still further. Presuming that a developer is dependent on debt financing, banks will not finance construction unless the scheme has secured at least 30% pre-sales. A pipeline report by EC Harris estimates that, on paper at least, just under 4,000 prime London units should be delivered in 2016 and over 3,500 in 2017. However, given the multiple restraining factors, the report concludes that the actual number being built will be significantly lower.

So development is likely to be slower than many expected, which in turn means that work for main contractors and firms further down the supply chain will not be as forthcoming as might have been imagined. On the flip side, the cautiousness of lenders should mean developers don’t end up with the double whammy of a lot of unsold properties and expensive debt to finance: a sure-fire recipe for insolvency.

“That’s a different scenario to what happened in the last cycle when finance was readily available,” says EC Harris’ Farmer. “That limiting factor means that developers who have to access debt will be self-regulated around their ability to get on site and deliver units, which then controls supply and demand.”

So the problems for the industry are many and varied. Developers that overpaid for sites face serious problems, at least until the market picks up. And given the current state of lending, contractors and subcontractors can’t expect the rush of projects on developers’ books to materialise any time soon, at least not on any but the most attractive sites. A market that appeared to offer limitless opportunities appears to have found its limits - at least for the moment.

WILL HOME-OFFICE PLANS HURT THE CITY?

At the end of January, the government confirmed that it intends to press ahead with plans to allow office buildings to be converted to residential use without the need for planning permission. With many central London offices either empty or under-occupied, this prompted speculation that lots of new homes in the capital would quickly come onto the market.

However, assumptions that the change to regulations would have an impact on the central London market look likely to be unfounded. First, Peter Rees, the Corporation of London’s chief planner, lobbied for and won an exemption for the Square Mile. The City of Westminster has also expressed its unease at the proposals and is seeking an exemption, and last week it emerged that London mayor Boris Johnson is seeking an exemption for the whole of the ‘central activities zone’, as defined in the London Plan. This covers not just the City and Westminster but parts of Camden, Islington, Southwark and other areas.

The detail of the changes mean that they are unlikely to bring many prime London units onto the market. Practically any proposed change to the exterior of an office block, including recladding, would mean that a project fell back into the planning system. “A client asked us to look at an empty building they had,” says Hilary Satchwell, a director at planning consultancy Tibbalds. “It didn’t look like it needed to in order to achieve the values they wanted. It would have taken lots of changes.”

Departments to Apartments, a report produced by architect Child Graddon Lewis with planner Nathaniel Lichfield & Partners, cost consultant Robinson Low Francis and engineering firm Gifford (now part of Ramboll), also suggests that the impact of the changes on central London will be minimal. According to Arita Morris, associate director at Child Graddon Lewis: “A limited supply of suitable stock will mean reduced opportunities in these areas. The areas with most opportunity are London suburbs and towns in the South-east.”