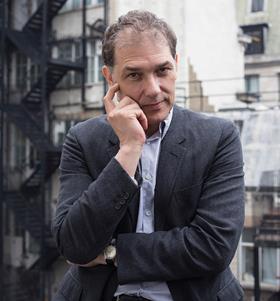 To describe Marc Vlessing as loquacious, even silver tongued, would be an understatement. From the moment the dictaphone is turned on he’s off, running through the origins, purpose and strategy of his firm at such a pace that it’s a pretty exhausting experience interviewing him.

Vlessing is one of two founding directors of Pocket, a small London housebuilder but one with ambitious expansion plans. Perhaps Vlessing would be as ebullient on any subject, but when it comes to Pocket he believes that he and his partner have come up with something new and with a potentially massive customer base: a form of affordable housing that involves no state subsidy and with the capacity to meet the requirements of a huge swath of the capital’s young population.

So, how exactly does Pocket’s business model work? What demand is there for his type of housing? And how has he persuaded London’s planning authorities to take a punt on a new concept?

Vlessing, a former investment banker turned media company chief executive, set up Pocket just over seven years ago with his business partner Paul Harbard, formerly finance director at housing association the Peabody Trust. The idea that he would start a housing company did not come to him overnight, still less the concept of the type of housing the company would build. “I sat down with a blank sheet of paper eight years ago and thought about what I was doing with my career,” says Vlessing. “I drew up a column on the left of things I was reasonably bad at and a column on the right of things that I wasn’t bad at. I then worked it out over a period of six to seven months and out of it plopped setting up a housing company for people earning too much to ever access public housing but not earning enough to buy on the open market.”

The product that Vlessing and Harbard eventually alighted on is based on a simple observation: that there is a huge number of mostly young people who work in central London and are desperate to get onto the housing ladder but who can’t afford to buy anything on the open market in zones two or three of the Underground - in other words in places that are actually convenient for their work. The average first-time buyer in London pays £280,000 for their home and Vlessing reckons that about 50% of young working households want to get onto the housing ladder but are unable to do so. “We worked out that their average household income is around £35,000 and that on their tippy toes they could just about get to a unit price of £200,000 to £220,000,” says Vlessing. “Even getting to £220,000 required help from parents, so there was an equity gap of £60,000 to £70,000.” 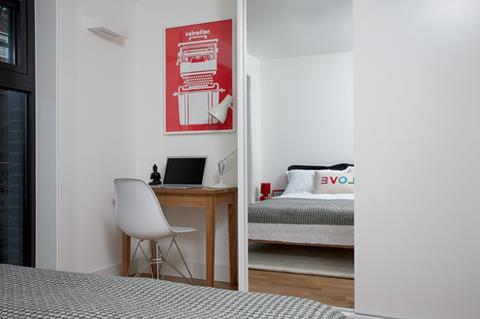 As a former banker and current chair of a venture capital trust, Vlessing obviously isn’t embarrassed by having a profit motive, but he is also keen to stress the social benefits of what Pocket is trying to do. He describes a statistic produced by his alma mater the London School of Economics - that the average length of time that a London secondary school teacher stays in their post is 18 months with housing being the principal reason for moving on - as “shocking”. He continues: “They can afford something in north Enfield or south Bromley, but then they’ve got a long commute because they’re rendering their services in central London. So a prime driver to me is what it takes to make it affordable for people to render those services, to go and be teachers and doctors and nurses in central London.”

Having identified what young people could actually afford, Vlessing worked backwards, looking at what sort of inner London property a household on £35,000 to £40,000 could buy on the open market, while still making a return for the developer. The conclusion that he came to was to shrink the size. He calculated that a one-bedroom flat of around 400ft2 could be delivered in such a way that it was affordable to the target market at around £220,000 and still profitable to Pocket - Vlessing says that he expects to make a 17% to 20% return on Pocket’s investment. As an example, one-bedroom flats in Pocket’s Weedington Road development in Camden sold for around £200,000, whereas one-bedroom flats at another new-build development down the road are on the market at £350,000.

Clearly, achieving that sort of price cut involves doing things differently, and at first glance the offer Pocket makes to planning authorities is hardly tempting. In order to drive down costs and maximise profits Pocket refuses to include any social units in their developments, even when the number of homes they propose would normally require a social element. Next they refuse to provide car parking, arguing that their target market doesn’t require parking and instead provide access to a car club and bike parking facilities. Then they refuse to build anything other than one-bedroom apartments, on which they can command higher margins than for two and three-bedroom flats. And then they build the flats smaller than usually required by the Greater London Authority’s London Plan - at 400ft2 rather than 500ft2 for a one-bedroom unit. 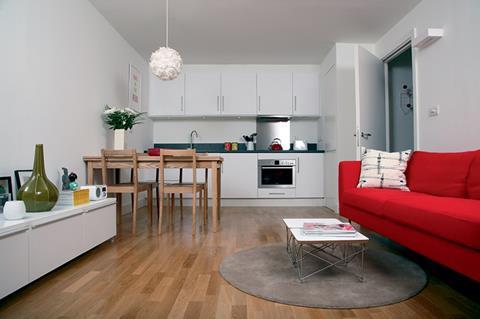 Making all this wash with London’s councils has required a mixture of charm and attention to detail. First, Pocket worked up an ownership model that would help ensure that homes remained relatively affordable when sold on and would prevent people from buying them purely on a speculative basis. This involves a covenant on the sale of Pocket’s flats that requires the initial buyer to get a certificate from the local administrator when selling their home.

The administrator, which is appointed by the local authority’s housing director, and which so far on its developments has been Pocket itself, has a legal duty to ensure that the buyer is eligible: that they are genuinely a first-time buyer, that their household doesn’t earn more than the London mayor’s household income threshold for affordable homes - £67,300 - and they live or work in the borough. Vlessing says there is already evidence that the covenant is helping to suppress price inflation.

Next, Pocket worked hard on ensuring that its flats, while small, would be designed to be as comfortable to live in as possible. In order to achieve this, they provide ceiling heights above those required by building regulations, include what Vlessing describes as “oversized fenestration” - big windows - and under-floor heating to exclude the need for space-eating radiators and provide a range of storage options. Finally, they typically include substantial communal outside areas in the form of roof terraces and courtyards. The emphasis on design has been recognised, with awards from the RICS, the Evening Standard and Cabe. 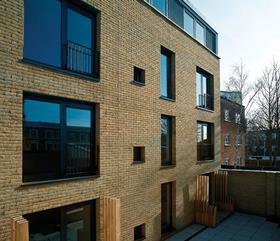 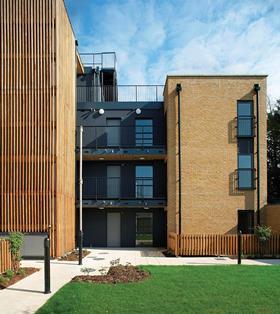 However, getting planners on board was still a tough job. “You can imagine that they were rather sceptical about [us] because we hadn’t built anything,” he says. “So, there was a big hearts and minds campaign. We were very lucky that we found a number of local authority officers that were prepared to work with us and go and prove the model.”

Even so, Vlessing recalls a frustrating period when Pocket was forced to go to appeal to get planning permission for its first developments. Now that Pocket has successfully delivered five schemes and is in the midst of completing its sixth - along the way working with big name contractors such as Mace and Mansell - Vlessing is more sanguine about the conservatism of the planning system. “The good thing about the British planning system is that it’s case based,” he says. “So, if you can get your new concept through a number of local authorities it becomes a precedent that other local authorities have to start using. You can make policy through the back door.”

But surely Vlessing is worried that other larger players could move into the niche that Pocket has carved out? “I think this business is completely copyable - there’s nothing you can protect really,” he says. “What makes us special is that most of the local authorities that we need to have on side have seen us perform. They’ve seen us build and sell to people on their intermediary housing lists.

So, there’s a real trust there and they will give us permissions that they wouldn’t necessarily give to other people.”

Now that Pocket has established its model and is profitable, Vlessing can turn his attention to expansion. The company has built around 200 homes so far and last year had a turnover of £1.2m. However, while the details of the development partners involved remain confidential, Vlessing says he is working on a deal that would see Pocket build more than 3,000 homes in the next 10 years. “The business we have grown to date is what I call the calling card business,” he says. “It’s leaving behind a calling card in local authorities saying: ‘Come and cut the ribbon and experience it. If you’re happy with it we’ll build three next year.’ This is something that Londoners want and it’s something that they’re going to get.”