High Speed 2: Jobs on the line

HS2 has got off to a speedy start by appointing its first-phase consultants in just three weeks. But the real wow-factor of this mega-project is that it could employ thousands of construction workers over more than two decades. Building assesses the opportunities ahead 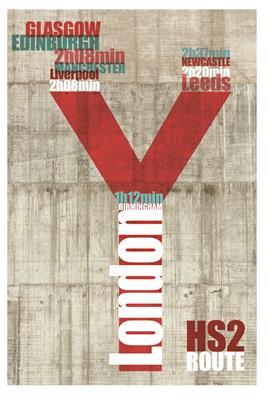 The Olympics is on track, the Shard is looking good and the most divisive news to emerge on Crossrail recently has been the launch of a competition inviting the general public to name the scheme’s six giant tunnelling machines. Thank goodness, then, for HS2, which is maintaining the tradition of the controversial British mega-scheme.

The £32bn high-speed rail project, which will connect London and Birmingham in the first instance - cutting the journey down from 1 hour 25 minutes to 45 minutes - was given the green light by transport secretary Justine Greening last month and vast swaths of the construction industry have already been eagerly taking their seats on the HS2 ride. First, CH2M Hill was awarded the lead consultant role as development partner on the first phase of the scheme; then Building revealed the names of 13 other companies awarded framework contracts worth £320m (see overleaf for the full list of firms). This is only the first tranche in a process that is likely to offer an array of opportunities for consultants, engineers and contractors up until 2026 - employing 9000 workers at its peak, and quite possibly beyond. “This project could potentially stretch over the next 20 years if we extend to Leeds and Manchester, and even longer if the line goes on to Scotland,” says Alison Munro, chief executive of HS2. “This is not going to be a short-term creator of jobs, but a long-term opportunity for the construction sector.”

The scheme has been carefully timed to tie in with the completion of the main construction work on Crossrail and it has been billed as a lifeline for the construction industry. “There is definitely a sense of post-Crossrail blues for some firms,” says Mark Whitby, director of engineer Davies Maguire + Whitby. “It’s certainly good to see another big scheme taking its place.” And on top of the contracts on the scheme itself, the cities where there are station stops could be in line for major regeneration work - Birmingham in the first instance, potentially followed by Manchester, Leeds and then Glasgow and Edinburgh. But there are doubts over whether the scheme will be financially and environmentally worthwhile until it reaches all the way up to Scotland. Not least because this would result in the most construction work and regeneration for the industry.

Within three weeks of HS2 being given the go-ahead on 10 January, CH2M Hill and all of the consultants on the first phase of works - up until the end of 2014 - had been appointed. This at least addresses one of the criticisms of the scheme - that 2026 was so far in the future it would make little positive impact on the construction industry for a good few years.

In fact, Munro argues that the quick start is vital because the timeframe is far from generous (see below for timetable): “The timetable we are working to is deliverable but extremely challenging,” she says. “This will be one of the biggest projects undertaken ever in the UK. We’re talking about 140 miles. There are lots of people living along the route who have concerns and we need to hear them in parliament. This takes time. The construction itself will take eight years, we’re planning to redevelop Euston station while keeping it open. There is an awful lot to do and the time we have to do it in is no more than we need.”

This is not going to be a short-term creator of jobs, but a long-term opportunity for the construction sector

So far, a total of 20 contracts have been awarded in four groups - civil and structural design services, railway systems design, environmental services and land referencing services. Munro anticipates these will each “bring hundreds of jobs for the construction industry”. The civil and structural design contracts will be the biggest, with each package worth up to £30m, and each of the five environmental packages will be worth around £10m. The rest of the £320m will be made up of the land referencing (and railway systems design?) contracts.

This is just the first step in a mammoth project which, at its peak, will employ an estimated 9,000 people. The construction phase of the London-Birmingham line alone is expected to create just under £16bn worth of work. Munro adds: “We’re looking at pre-construction up to 2015. Then there will be a period of consultation, and main contracting is due to start in 2017, which isn’t really that far off. We are creating jobs over a long period of time here and we are keen that the majority of them go to British firms.

“I hope this will encourage the industry and young people considering a career in this sector and see it is a growth sector.”

Whitby from Davies Maguire + Whitby, praises HS2 for selecting such a broad range of companies for the first lot of contracts: “All the names you would expect to see working on this project are on the first list and they are pretty much all British firms.”

David Smith, service director for Atkins, adds: “There are the work opportunities and also the benefits further downstream such as the efficiencies we will generate by increasing capacity.

Of course, not everybody is convinced that the creation of a long pipeline of construction work is a good enough argument for HS2’s existence. A YouGov poll into spending cuts commissioned by the Taxpayers’ Alliance last summer found that 48% of people supported the cancellation of the scheme and not even a third actively wanted it to go ahead. The general impression seems to be that it the line up to Birmingham represents the most expensive 40 minutes saved in history. But the argument in favour of HS2 is much stronger if you include phase 2 and 3, according to Don Ward, chief executive of Constructing Excellence: “Only if we go the whole way and extend to Scotland […] does it really stack up in terms of reducing plane and car usage. We as an industry, are in a good position to lead the debate showing there is much more to this project than just saving time on a journey. It’s about capacity and, particularly if the line stretches to Scotland, getting more people on trains so we can get planes out of the sky and cars off the road. And anything that helps to reduce carbon emissions in this way has got to be good. The creation of HS2 will see 19 additional trains leaving Euston every hour.”

It’s certainly an opinion held by the Scottish National Party (SNP) which has been urging Westminster to engage more with the Scottish Government on the matter. When the project was given the go-ahead in January Mike Weir, SNP business and enterprise spokesperson, underlined how crucial the extension of the line to Scotland would be.

He said: “Scotland is being left in the sidings by the UK government, and we need a timetabled commitment to delivering high-speed rail connecting Scotland and the South. While the first phase of HS2 is a start the UK government must not wait, but widen the remit of the delivery company to provide a detailed and timetabled plan for extension of the line North to connect with Scotland. This should start now, not after the first phase is completed in 15 or 20 years’ time.”

The main argument behind the extension of the line, other than reducing the need for air travel within the UK, is the economic boost it would bring to the areas on the line with station stops: The Scottish Partnership Group for High Speed Rail published a report this year detailing the benefits for business, communities and the environment. [It]states that the line would bring around £24.8bn into Scotland.

Scotland is being left in the sidings by the UK government, and we need a timetabled commitment

On how likely it is at the moment that the line will run all the way up to Scotland a Department for Transport spokesperson said: “The government’s vision is for a truly national high-speed rail network serving all of the major cities of Britain and we are discussing with the Scottish Government their ambitions for high-speed rail.

“Our priority is to develop and deliver the Y-network [extending beyond Birmingham to Leeds and Manchester] to tackle the capacity challenges that we will see on our railways in the near future. In line with this we believe it’s important to start discussions with Scotland on the opportunities for possible extensions early, and we will work with the Scottish government on the development of the high-speed network going forward.”

The potential economic boost the HS2 line could bring doesn’t just apply to Scotland of course. It is expected to boost economies in Birmingham, Leeds and Manchester by £5.3bn over 60 years

The London to Birmingham route alone is expected to boost Birmingham’s economy by £1.23bn, and towns and cities in surrounding counties by £2.5bn. The HS2 stop at Birmingham’s Curzon Street would enhance redevelopment of the Eastside area and an interchange station near the NEC/Birmingham Airport has the potential to further stimulate economic opportunities in the M42 corridor.

Tom Bloxham, group chairman and co-founder of Manchester-based property developer Urban Splash, says: “A high speed line between London and Manchester and Leeds would boost the economic situation in these areas and there would be regeneration around the stations which would be particularly good for contractors. At a time when things are particularly difficult for the construction industry, this should be welcomed. In the medium term it is a very exciting project.”

Spring 2012 Public consultation on blight proposals
Spring 2012 Consultation with statutory bodies on the safeguarding zone for phase one
Spring 2012 Government receives HS2 Ltd advice on route options for phase two (is this the Y network, or potentially up to Scotland?)
Spring 2012 Engagement programme on environmental impact assessment issues for phase one route
Autumn 2012 New blight scheme and safeguarding zone in place
Autumn 2012 Engagement programme on preferred route for phase two, to discuss local views and concerns
Spring 2013 Consultation on environmental statement for phase one
End of 2013 Introduction of a hybrid bill to provide necessary powers to construct and operate phase one of the railway
Early 2014 Consultation on preferred route for phase two
Late 2014 Government’s announcement of the chosen route for phase two
2015 Target date for royal assent for the hybrid bill, containing legal powers to construct HS2
2017-2025 Construction period (starts and ends at different times and at different points along the route)
2024-2026 Commissioning and testing
2026 Phase one line opens to passengers