Image of the week: A flying visit 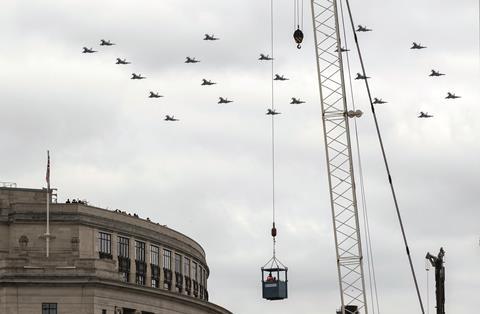 Thousands of onlookers lined the Mall and the royals watched from a Buckingham Palace balcony as “up to 100” aircraft (they flew over Building’s Shoreditch offices a bit too fast to count precisely) took part in the centenary celebrations of the Royal Air Force. The RAF was created as a standalone force, separate from the armed and naval forces, on 1 April 1918