Interserve crisis: ahead of Friday's crucial vote, will shareholders vote to rescue the contractor?

As Interserve’s financial woes start to undermine its ability to win new work, the contractor’s future hangs on a choice between two rival rescue plans, with both shareholders and managers betting the house that their number comes up. 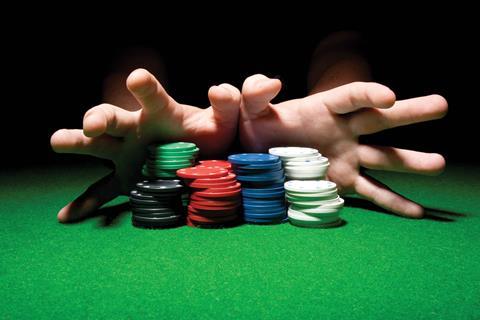 Last month the chief executive of Morgan Sindall revealed that the smallest amount of cash the contractor has had in the bank over the past two years has been £25m, on one day last September.

“There is a lot of talk about the construction model being bust,” John Morgan went on. “It’s not bust but you need balance sheets to be strong so you make the right decisions in the medium to long term.”

His counterpart at Interserve, Debbie White, must look enviously on and no doubt agree. A trained accountant, the 56-year-old had kept a low profile – until last weekend – since she took over from Adrian Ringrose more than 18 months ago, having spent the previous 13 years at French FM company Sodexo prior to her arrival at Interserve in September 2017.

“[Not backing interserve’s own plan would] risk an outcome in which there is no return to shareholders, including Coltrane”

Then in newspaper interviews on Sunday, White, and her chairman Glyn Barber, went on the offensive to sell the benefits of its rescue package which has stirred up so much opposition in its biggest shareholder – opposition which, White says, could force Interserve into administration if it is not passed.

White has been hobbled by a rising debt level – turbo-charged by Ringrose’s disastrous foray into the energy-from-waste (EfW) sector, which has so far burned through £230m. Dwindling confidence within the industry – and among investors – in Interserve’s ability to carry out work and survive hasn’t made her job any easier either.

“It’s been relentless since I joined,” she told the Sunday Times. “It’s been the most challenging time in my career.”

White has been fire-fighting since day one, cutting back overheads through an initiative called Fit for Growth, selling off or closing down divisions such as the group’s power business and pulling out of certain sectors such as the London construction market.

“Management would have us believe that its largest shareholder, Coltrane, is gambling dangerously with Interserve’s very existence”

Last month, when unveiling its 2018 results – Interserve went against convention and published the figures without announcing in advance that it would do so – the firm for the first time publicly admitted its business, in this case its UK construction arm, was having difficulty winning work “as the group’s financial position started to impact its ability to successfully win contracts”.

In other words, there are too many clients out there that don’t trust them to be around to complete the job.

It is against this backdrop that White and her board face their Waterloo this Friday when a proposal to rescue the company – the second in less than a year – is put to the firm’s long-suffering shareholders, who have seen their stakes in the company shredded.

But that isn’t the only rescue plan on the table: and which one shareholders opt for could determine the future of the company, or even whether it has one at all. What should they do?

How the two rescue deals compare:

At the meeting, shareholders will vote on whether to back the board’s rescue plan. If they don’t, a rival one stitched together by a US hedge fund called Coltrane Asset Management lurks in the wings, even though it has been rejected by Interserve itself and won’t be voted on. Both involve swapping £435m of debt for equity. Interserve’s plan would leave shareholders with 5% of the business – the remainder would be held by creditors – which is double what shareholders like Coltrane were originally told they would get when the firm first put out its rescue plan early last month.

Coltrane say the offer of an underwritten rights issue provides Interserve’s management with a way to raise cash and stave off a liquidity crisis, removing the threat from creditors to plunge the contractor into administration.

Shareholders are under pressure to make the right choice because of the threat of administration hovering in the background. White confirmed accounting firm EY has been lined up to handle any administration with a new, unlisted company emerging next Monday. Interserve’s message to those wondering whether to put their cross next to Interserve’s proposal is this: not backing it could risk the firm going under.

Barker told the Sunday Telegraph: “If we lose, we run out of liquidity. People shouldn’t assume that there are months or even weeks [left] without additional borrowing facilities.”

Last week, he said that not backing Interserve’s own rescue plan “risk[s] an outcome in which there is no return to shareholders, including Coltrane, and considerable disruption to the business”.

A scenario with no return to shareholders can mean only one thing – the firm going under. Cenkos analyst Kevin Cammack says: “[This] is fast becoming a game of Russian roulette rather than poker.”

But he adds: “Even the threat of administration is not proving sufficient to galvanise shareholders into supporting the company’s plan, and the vote might be a closer-run thing than normal logic would suggest.”

A source close to Coltrane says Cammack is right that the vote will be a close-run thing. “It’s hard to see how the management’s deleveraging plan will pass at the moment,” he says. “Shareholders with 33% of the stock are saying they will vote against the proposal, and around 33% of Interserve’s shareholders are retail investors, who do not typically turn up to vote in meetings.”

Coltrane is believed to have the support of another hedge fund, Amsterdam-based Farringdon Capital, giving it that 33% figure, and Cammack says: “It is not unreasonable to assume some wider support will be garnered from both institutions and the private investor base.” 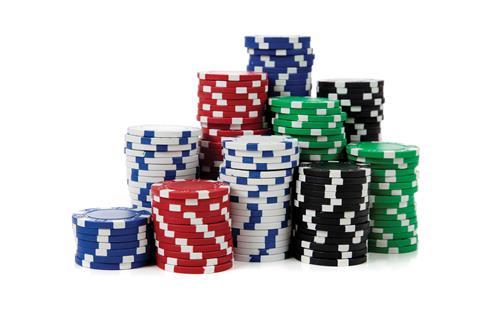 Interserve has so far stuck to the line that its plan is the one worth backing. Its chair, Barker, says: “It is the only plan today that provides a certain future for Interserve, preserving some value for shareholders while securing jobs, pensions and continuity of services.”

Coltrane says it has been “disappointed” by Interserve rebuffing its plan, claiming that the company’s board members – whom, incidentally, it wants to get rid of bar White – are not taking their responsibilities seriously.

The source adds: “We have made clear to the company our desire for constructive discussions and a consensual outcome. The board have a duty to consider it, which they are currently failing to fulfil.

“The only way to achieve a consensual outcome is for the board to take their responsibilities seriously and engage with us on our manifestly better proposal.”

Coltrane’s anger – it has reportedly fired off letters to the board warning it is considering legal action over what it says are issues over disclosure and allegations that it has unfairly favoured lenders over shareholders – at what is being proposed by Interserve’s board shows no signs of abating, and Cammack says the battle is turning out to be a match between “impoverished equity interests versus greedy debt providers”. He adds: “The gloves are well and truly off now.”

Interserve last night confirmed it has been in discussion with Coltrane about under which circumstances Coltrane would back it, though it has denied reports that it is preparing a last-ditch sweetener to try to win over shareholders. But Coltrane shows no sign of backing down. A source close to the firm says: “The fact that they are having to do so [speak to Coltrane] reflects their failure to secure the support of enough holders of the other 72% of the company’s shares.” He adds: “We haven’t seen anything from the company that materially changes matters.”

In a briefing note about why shareholders should back its rival plan, Coltrane gave some insight into why it has so readily become a rebel shareholder. “Throughout this process, the board has prioritised discussions with lenders rather than shareholders, limiting the company’s options and reducing the scope for a solution that addresses the interests of all stakeholders.”

It adds: “[Our proposal] will also put the company [Interserve] in the position it would have been had [it] approached Coltrane for a solution first.

“The Coltrane proposal is intended to be delivered on a consensual basis, and is the only plan that can be.” Pointedly, it makes a reference to the millions of pounds that are expected to be lavished on Interserve’s deleveraging plan, saying of its own plan that “it has been developed by Coltrane and its advisers without any funding from the company – despite [Interserve] anticipating expenditure of c£90m on its and its creditors’ advisers to implement its proposal, which would leave the company in a poorer financial condition”.

It’s clear Coltrane thinks there has been nothing consensual about the process so far, a point with which Cammack has some sympathy. “There is no such thing as a winner in this horror story but if any can claim that dubious prize then [it is] the lending group [made up of six lenders including hedge funds and the HSBC, RBS and BNP Paribas banks] that dictated terms of the recently proposed restructuring.”

He adds: “Management would have us believe that its largest shareholder, Coltrane, is gambling dangerously with Interserve’s very existence but the US fund would argue that it is gambling on Interserve’s preservation with a better balance sheet and crucially more equity retained by existing shareholders.”

Is Interserve worth saving?

What, though, are they fighting for? In short, is Interserve worth it? Behind the headlines about thumping losses and the eye-watering amounts the firm has blown on restructuring costs and getting its finances in order, Interserve says there are some positives.

Last year’s pre-tax loss of £111m was actually an improvement – the year before it had racked up a £244m loss. It is starting to get its problem EfW schemes off its books – another one at Rotherham was handed over last week – and it has a pipeline of work worth £7.1bn. Meanwhile its support services arm, the biggest part of its business, hiked operating profit one-third last year, while underlying margins at the entire group now stand at 3.2%. And White’s Fit for Growth programme turned in savings of £20m last year and is predicted to produce savings of £40m-£50m by 2021.

But against these defences are trained some pretty big guns. That £111m loss is still a thumping one, the firm has yet to hand over its most problematic EfW scheme – one in Derby that last year managed to attract a complaint from the public every 36 hours and accounted for the bulk of the £12.6m loss EfW racked up for Interserve in 2018 – while it is still to settle the final account with the client, Viridor, on an EfW scheme in Glasgow that it was kicked off back in November 2016.

Viridor says Interserve owes it £64m but in its results, Interserve said: “Since the year end Viridor has submitted a draft termination account to Interserve significantly in excess of this receivable. The directors believe this has no technical merit.” Interserve said its liability will be no more than £71m. When contacted by Building, Viridor’s parent, Pennon Group, declined to give details of what this “significant” increase was.

Interserve said it was also suffering from “incremental exceptional costs on a number of construction projects” while it added that it was having difficulty getting paid on some jobs in the Middle East. Its normally reliable RMD equipment services business turned in a weaker set of numbers last year, with revenue slipping 15% to £196m and operating profit falling 27% to just under £40m.

Shareholders, Cammack says, are facing an “ever-changing, desperate situation”. He adds: “Think I’d rather sit this one out.”

Just how many shareholders choose to do so on Friday could well decide the fate of a company that employs 68,000 people across the glob