Just what is it like to live in an Ecohome? 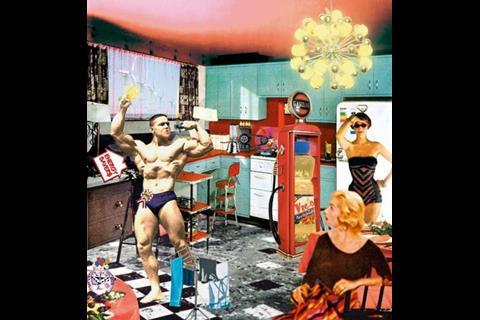 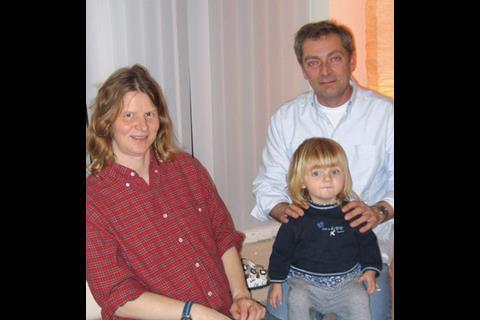 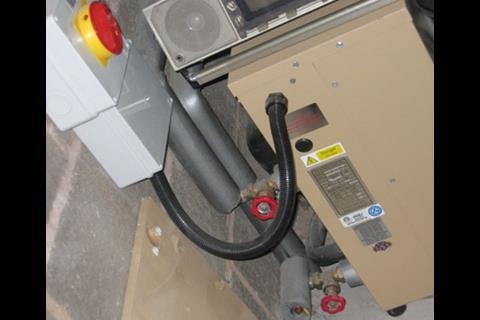 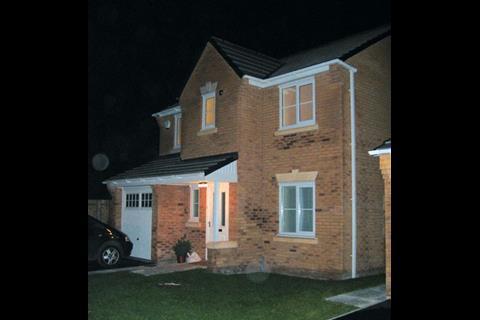 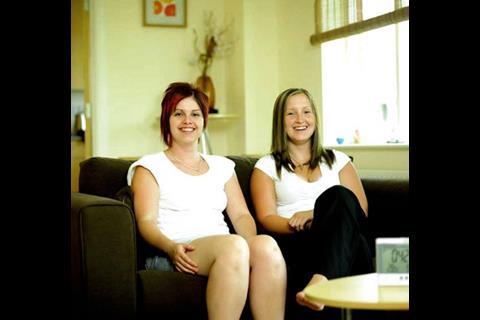 Karrie (left) and Jodie East did not buy their home for its eco-features, but they’ve been particularly impressed by the Electrisave meter 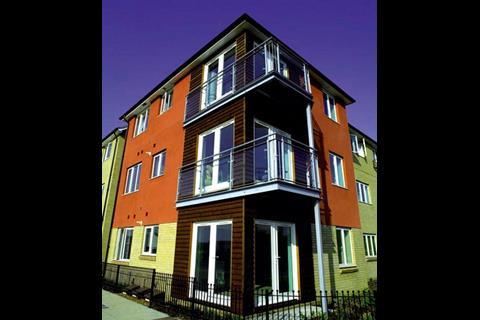 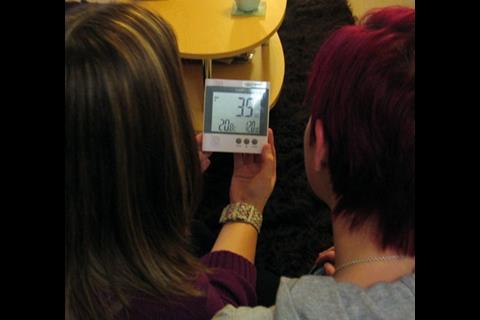 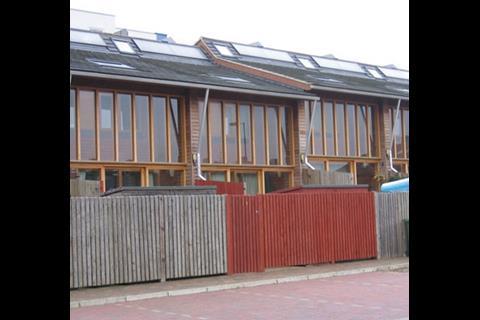 Sunlight – and summer heat – pour into the home from the ‘sunspace’. And Annette Stowe loves it 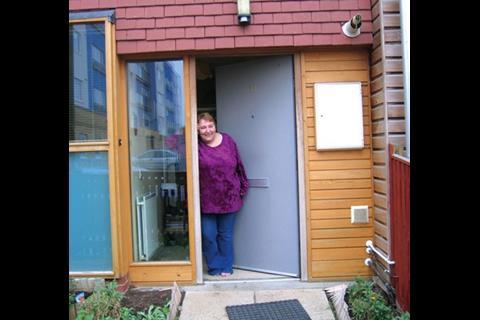 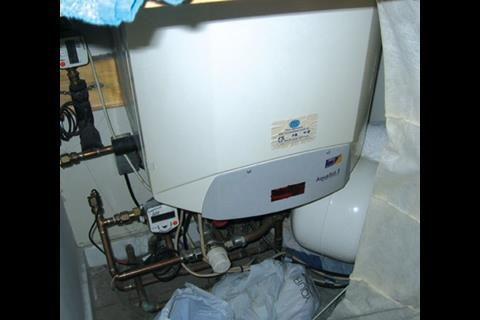 Sustainable housebuilding is all well and good, but it means little without sustainability-minded houseowners to back it up. Lydia Stockdale visited three ecohomes to see how the residents have adapted to a greener lifestyle

Learning from the germans

Ken Pearce, a police officer, 47, lives with Susanne Dauer, 37, who used to be a police officer in Germany. They live with their daughter Emma, aged one, in one of two pilot houses in Hunts Cross Village, a Bellway development in Liverpool.

Ken Pearce had never heard of geothermal heat pump technology until he viewed his four-bedroom home in Hunts Cross Village, Liverpool. But his German girlfriend Susanne Dauer knew all about them. “I knew from Germany how much money you could save with them,” she explains. “In Germany, they’re not common but people will do anything to save because energy is more expensive there, but geothermal is expensive if you have to convert to it.”

Dauer says Britain is far behind Germany in terms of environmental awareness. She attributes this difference to energy costs.

“I used to take my electricity bills home to show my mother how low they were, but the energy costs over here are catching up now.”

She’s not so impressed by the opportunities for recycling.”I do what I can here, like the paper and glass, but it’s not much. We have just one bin for all the other rubbish. I feel ashamed that so much goes in there. In Germany, we have to recycle.”

The family moved in just three months ago. “We wanted a brand new house. The geothermal was one of the swinging points,” explains Pearce. “We’ve been told to expect to save two-thirds on what we’d normally pay.”

Geothermal heat pump technology works from heat harvested from the ground beneath their garden. A loop of pipe draws a small amount of heat and feeds it into the home via a pump that raises the temperature.

So far, the couple has been impressed with their heating system. “The radiators warm up immediately,” says Pearce. “It’s great that Emma can run around with bare feet.”

It is also easy to use. “There’s the timer, on, off and constant, like any other boiler,” says Pearce. “The only real difference is the ugly heat pump in the garage.”

The system was initially working a little too well. “The water that was coming out of the taps was too hot to put your hands under. I had to make a few adjustments.”

As part of their contract, Bellway is paying the couple’s electricity bills for their first 12 months. “We’ve agreed to try it for a year and if we don’t like it, we’re all plumbed in for gas and we just have to switch it on,” says Pearce. “If we had to pay ourselves, it wouldn’t have bothered me. I’d have still liked to have tried it out.”

The East sisters have lived in a two-bedroom flat at Places for People’s Broughton development in Milton Keynes for more than a year. Jodie East, 21, is a trainee accountant and Karri East, 23, is a sales administrator.

We have recycling bins in the kitchen but they’re too small. We keep our crisps in them

When Jodie and Karri East saw their flat they fell in love with the space, rather than its eco-credentials. “It looked like a normal, nice flat. It didn’t matter so much that it was an ecohome. It was our mum who was most impressed by it,” admits Jodie.

“I was 19 and too busy going out, getting drunk and racing around in my car to pay attention. But obviously it’s something we care about now we pay the bills.”

The sisters part-rent, part-own the flat. Although they have lived there for more than a year, they are surprised to hear that it has a Sustainable Urban Drainage System (SUDS), which handles the discharge of surface water and encourages it to be retained on site.

“Really?” asks Karri. “We didn’t know about that. We know we have the recycling bins in the kitchen but they’re too small. We keep our crisps in them.”

The house was already fitted with A-rated appliances before they moved in, but the Easts have become increasingly conscious of the amount of energy they use. Theirs was one of 30 households piloting the use of an Electrisave meter, a remote control-sized contraption that shows how much money they are spending on electricity and the amount of greenhouse gas they are producing.

On a cold winter evening, with a couple of lights and the TV on, they are spending 3.2p and producing 0.26kg of carbon per hour.

“Now it just sits there and it’s a reminder,” says Jodie. “We used to leave all three TVs on standby, now it’s a habit to switch them off. Instead of filling the kettle to the top, now we only fill it enough for one cup of tea.

“We are now more conscious and more aware of how much you can waste. It’s the saving money that we think about most. The environment is a bonus, really. But I do tell my friends: ‘Be green, be green’, I tell them to switch things off at the plug.” She even took the electricity meter into work because so many of her colleagues were asking about it.

The Easts aren’t quite sure how much they are spending on bills. “Mum deals with all of that,” admits Jodie. “She does say she wishes her bills were that low, though.”

According to the results of Places for People’s feedback from other residents, the average saving since living on the development is 15%.

“If I moved in to another place, I’m sure I would think: ‘God, I’ve never paid so much in bills. This is disgusting,” says Jodie. She would definitely look for another ecohome if she were to relocate, but admits that the aesthetics would be important – she wouldn’t want anything too wacky.

“It would depend on how the house looked. This place looked nice, it fits in with everything around it.”

A better quality of life

Annette Stowe, 45, has lived on Gallions Housing Association’s Ecopark in Thamesmead, south-east London, for four years. Her home has an EcoHomes excellent rating. She lives with her husband Mark, 43, and three daughters: Laura, 18, Georgia, 14, and Ruby, eight. Annette works part-time in Asda and Mark is an insurance claims adjuster.

I now put out one black bag of rubbish a week. It used to be at least three

When Annette Stowe’s friends first saw her house, they were taken back to their adolescence, to PE class and gym skirts. “They thought it looked like a school gym,” she explains. “I can see why. It’s all the windows.”

Stowe’s home is one of 39 houses at the Thamesmead Ecopark, near Woolwich, and she prefers to describe it as “very Scandinavian”. It has a timber frame, a solar panel on the roof and a “sunspace” to the rear, with windows that run from floor to ceiling.

“They should make all houses like this,” says Stowe. “It is a better quality of life. Now my friends are used to it, they’re jealous.”

One of the biggest differences has been the gas bills: they have fallen to £20 a month, or one-third of the national average. “My gas bills are half of what they used to be, and that’s for five people. It’s nice to stay warm, not worrying about the heating.”

But her electricity bills have not fallen, which Stowe puts down to the number of appliances the family uses. “The only saving is on lightbulbs. They’re energy saving and I don’t have to buy them that often.”

The family signed up to live in Ecopark four years ago, agreeing to make an effort to lead a more environment-friendly lifestyle.

“Eco-housing was new at the time. We liked the thought of being part of something no one else was doing. We thought: wow, the future.”

They didn’t see the new house until the day they moved in, but were relieved to find that it looks a lot more “normal” from the inside. Once through the door, the only visible difference is the sunspace, which traps heat.

“I love it,” says Stowe, pointing to the windows that cover almost the whole living room wall. They are south-facing and triple glazed. “It’s 23°C in here now and that’s with no heating on. I only have it on for an hour or so in the morning. I like sitting in there in summer. The temperature is always even throughout the house.”

When Stowe visits other people in their conventional homes, she finds them drafty. “People always think we have to do all these things because we live in an ecohome, but we don’t. The house does it all for you. It’s the same as anywhere else, just better. I don’t have to go round looking for an extra jumper because I can’t heat it enough in the winter.”

She has also noticed some health benefits. “Where we used to live had blow-air heating and it was hell for my asthma – I haven’t suffered with it since living here.”

As a result of living in an ecohome, the family are putting more effort into being environment-friendly. “I now put out only one black bag of rubbish a week. It used to be at least three,” says Stowe. “Recycling was part of the deal when we moved in, but now we just do it without thinking about it.”

The only downside is the heat in summer. “The sun is beating through there 12 hours a day,” says Stowe, gesturing to the sunspace. “We could do with being able to open the skylights. Two of the girls share a room and it gets unbearable, especially at night.”

But Stowe wouldn’t move. “Would you give this up?” she asks, nodding in the direction of her vast windows. “I don’t think so.”

For more sustainability news and features, log on to www.building.co.uk/sustainabletoolkit