Is it too late for UK construction to benefit from the Olympics? 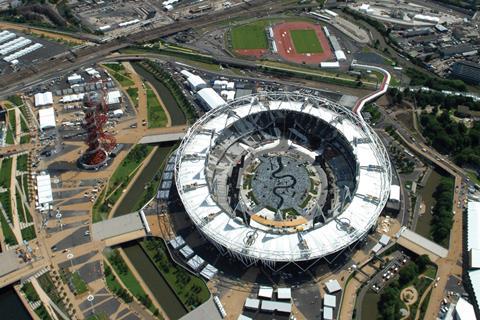 When Building launched its 2012 campaign in the first edition of the year, aimed at making sure the story of the huge construction success of this summer’s Games was told to as wide an audience as possible, it didn’t feel like it was a particularly controversial topic. Indeed, what could be more universally welcomed than giving those firms involved some credit, and allowing others to learn from what had happened?

In reality that assumption couldn’t have been further from the truth. Because under the terms of the contracts signed by the 800 construction firms working on the Games, they aren’t allowed to market their involvement in the project, including using advertising or soliciting any media coverage. Building’s campaign then responded to this seemingly idiotic own goal during a time of acute stress for the UK construction industry, calling for the “no marketing rights protocol”, to be dropped.

Last week prime minister David Cameron responded, following the publication of a report on the issue by Olympic Delivery Authority chair Sir John Armitt, saying the problem would be tackled as a matter of priority. Except it’s already clear that – in fact – no action is likely until the end of the year, raising questions about just how effective Cameron’s intervention will be.

This policy could be single-handedly pushing back UK involvement in Olympic work until 2024, which is a pretty daft thing to do

Because for architects trying to win work on future Olympic Games, the prime minister’s timeframe is certainly not good enough. Cameron said last week it was “vital we don’t allow rules on Olympic marketing to block companies from making the most of that success”. However, the government’s official response shows its action will simply take the form of negotiations with the British Olympic Association (BOA), which takes over post-Games ownership of the contractual rights to enforce the no-marketing protocol
in the autumn. The government added that it “hopes” a solution can be found “by the end of 2012.”

At a gathering of architects in London’s Building Centre last Friday, a range of the designers behind this summer’s Games defiantly flouted the marketing protocols to promote their work. The event, consisting of 12 short presentations, was organised by New London Architecture chair Peter Murray after Locog turned down his requests to run an exhibition of Olympic work. And these were hardly radical young idealists with nothing to lose - speakers included Bob Allies, co-founder of Allies & Morrison, Kevin Lloyd at John McAslan & Partners, and Philip Johnson at Populous, designer of the Olympic stadium.

One of last Friday’s revolutionaries was Jason Prior, chief executive of planning and design at that well known subversive little outfit Aecom, and most pertinently, the man widely credited with crafting the original masterplan for this summer’s Games and someone who has already won work for Aecom on the Rio games in 2016. “The fact that UK firms can’t talk about what they’ve done is ridiculous,” he says. “Rio has selected its teams, but the bidders for 2020 are selecting now - basically if you’re not in it now, then you’re probably going to miss out.

“This policy could be single-handedly pushing back UK involvement in Olympic work until 2024. Which is a pretty daft thing to do.”

Researching his report, Armitt found firms that had seen no “real commercial benefit” because it was “virtually impossible” to demonstrate they are working on the Games. He says the issue particularly affected small firms. “Companies fall into two categories,” he says, “the major companies that get the majority of their work through personal contacts, and the SME firms that rely on advertising primarily to win contracts. There’s nothing to stop you talking to contacts about your involvement, but you can’t take out a full page advert.”

Armitt says the focus of all the main players is on ensuring the success of the Games, rather than helping struggling construction firms. The problem is the BOA has the task of raising revenue through sponsorship to finance the British team for the 2016 Games in Rio. It is concerned that any watering down of sponsors’ rights will affect this money-raising process. “The BOA has the power to solve this problem, but it is no different from any other sporting association in that it is seeking to raise money for the British team,” he says.

Vital then will be the attitude that the BOA takes toward these talks in the autumn. But so far, despite Cameron and Armitt’s exhortations, it is offering little by way of reassurance.

A spokesperon says: “This programme is in its early stages, and a great deal will need to be worked out with the various entities that might be affected. We’re not in a position to say any more than that.” All of which makes the government “hopes” of resolution by Christmas sound distinctly optimistic.

“In the design and development business,” says Aecom’s Prior, “your reputation is everything and it’s built off your projects.”

The problem for the UK construction industry is that it is currently barred from working to build that reputation. There is little in Cameron’s announcement to offer immediate hope of improvement.

The legal case for relaxing the protocols 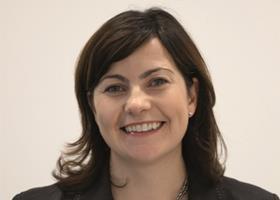 It is a shame that during this global showcase, contractors are unable to endorse their connection with the Olympics. However, it is now vital that our talent is promoted as soon as possible after the event.

Business leaders have already lobbied government ministers seeking a relaxation of the protocol. It needs a common sense approach and after the Olympic and Paralympic Games are over, protection of sponsors’ investments surely must be less critical.

As things stand, the no marketing rights protocol still applies to the contracts of contractors and suppliers for the next 12 years and will only be varied if the government successfully negotiates a relaxation with the BOA/IOC.

Looking ahead, the obvious route to implement any relaxation would be for the BOA to issue a global mandate varying the protocol rather than amending individual contracts. So it will probably be a one-size-fits-all approach.

However, the no marketing protocol is an IOC requirement for all Olympic and Paralympic Games, so the government will have no choice but to go head-to-head with the IOC on this issue. 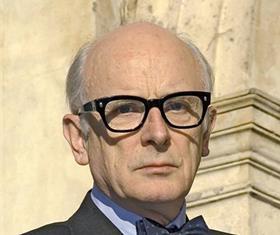 While one welcomes John Armitt’s call for “urgent action” to relax the no marketing rights protocol, it is a pity that the government’s understanding of “urgent” means Christmas, at the earliest. The government has stated that it understands and supports “the reasons why restrictions have been in place to protect the marketing exclusivity of London 2012 sponsors”, yet I have spoken to a minister in the DCMS who said: “My civil servants tell me to tell anyone who asks that they should ignore the protocol.”

Suppliers are understandably unwilling to break a signed contract, yet it is crazy that this situation is allowed to drag on for so long that the world’s attention will no longer be focused on London. Now is the time for firms to be promoting their work with the Olympics.

If the prime minister is serious in his desire for the UK economy to benefit from the excellent work of designers, contractors and suppliers, he should now call for the protocol to be abandoned before the start of the Olympics. Why not coincide this with the Global Business Summits that Number 10 and UKTI are holding during the Games with 3,000 overseas business leaders? Wouldn’t it be daft if the firms that made the whole thing possible couldn’t crow about their work?

Building’s 2012 campaign seeks to celebrate and learn from the UK construction industry’s achievement in delivering the London Olympic Games on time and to budget. Online and in print, Building 2012 is highlighting the innovation, technology, projects, speed and sustainability initiatives that companies have deployed through three key themes - Greener, Faster, Smarter. You can find all our London 2012 coverage on www.building.co.uk/building2012