As chair of London housing association group G15, Paul Hackett has plenty he wants to change about housebuilding in the social sector. He talks to Joey Gardiner about how Theresa May has listened, the need for much more funding, and why construction needs to step up. 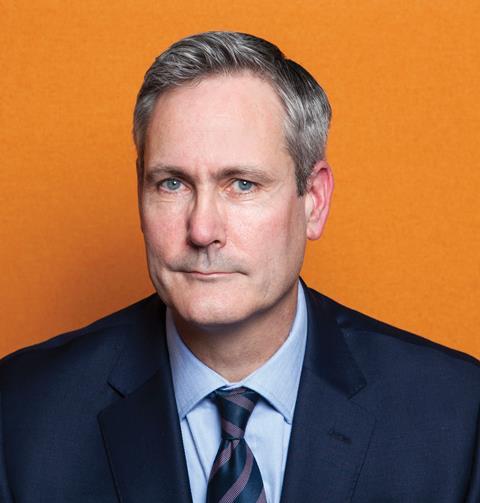 Just three years ago, UK housing associations were facing a pretty dire future. David Cameron’s government had just cut all funding for building mainstream affordable housing, directing money instead at the ill-fated cut-price “starter homes” for first-time buyers, and slashed the rents on which associations depend. Paul Hackett, chief executive of 44,000-home social landlord Optivo, and chair of the influential G15 group of the biggest London associations, remembers it well. “The absolute low point was the budget in July 2015. That’s the point when housing association rents were cut by 1% a year to 2020, and for the first time in living memory, there was no government funding at all for any sub-market rented housing,” he says.

But with Theresa May’s regime has come a new attitude. Because now, from out of nowhere, housing associations – or “registered providers” in the current jargon – are the valued partners of a government determined to build 300,000 homes a year. May used the National Housing Federation summit in London last month to formally reset the relationship, announcing long-term funding deals and calling for an end to the stigma for occupiers of social housing. “It’s just astonishing,” Hackett says. “We’ve seen a huge improvement in the relationship. Government really understands what we’re trying to do.”

“It’s just astonishing. We’ve seen a huge improvement in the relationship. Government really understands what we’re trying to do”

In this new era, few housing association groupings carry as much weight as the G15. Collectively, these landlords house one in 10 Londoners, look after more than half a million homes, and build around 10,000 homes each year. They have also promised to invest £50bn in doubling their development pipeline to 180,000 homes. But you’d be mistaken in thinking everything is rosy. Hackett says the development model is stretched almost to breaking point, while funding needs to be increased by an order of magnitude to allow ambitions to be met. And, as a major construction client, Hackett has a challenge for the construction industry itself – which he says has let down too many associations in recent years.

The housing association sector has changed radically in the last decade. Perceived by coalition government ministers as a sleepy backwater of the development industry that was complacently failing to do enough to address the housing shortage, funding moved elsewhere.

When grant rates were slashed in 2010 by the coalition government, those housing associations that wanted to carry on building became leaner and more commercial, leading to a rash of mergers and rising levels of debt taken on to finance development. The G15 members have been at the forefront of this move, with the likes of L&Q and Clarion Housing Group taking lead development roles and promising to build 10,000 and 5,000 homes respectively per year.

Whereas 10 years ago associations were generally the (relatively) passive recipients of homes built by housebuilders under section 106 deals, now, claims Hackett, G15 associations build more than two-thirds of their new homes themselves. Furthermore, around one-third of the homes they produce are offered at market rates – either for rent or sale. The profit from this commercial development has been used to subsidise affordable homes, filling the grant void.

Hackett’s association, Optivo, is typical of this change. The entity was formed last year from a merger between Amicus Horizon and Viridian that aimed to cut back-office costs to increase financial headroom. It is targeting build rates of 1,500 homes annually by next year.

And Hackett himself, formerly chief executive of Amicus Horizon, is likewise typical of this new era – the 52-year-old is commercial in outlook, pragmatic and ideologically undogmatic. Steve Douglas, the former Housing Corporation chief executive, who now runs housing consultant Altair, has nothing but praise for him, saying: “He’s a star. He’s great at partnerships, always looking for solutions, and has a sharp focus on delivery.”

“You’re going to need well over £6bn a year, in my estimation, to get anywhere near the number of affordable homes that are required”

The diversified business models of this new breed of housing association make them – in theory – particularly well placed to meet the agenda derived from the 2017 housing white paper, which abandoned the exclusive focus on home ownership. More significantly, Sir Oliver Letwin’s review of build-out rates is also stressing how important it is for developers to offer different housing tenures if homes are to be delivered at pace. “The white paper was a very significant shift in direction. If you accept you need to increase supply, having a housing policy predicated entirely on building housing for sale doesn’t make any sense. You need to support a variety of different providers to deliver a range of different tenures,” says Hackett.

“We’re very welcoming of Letwin. We’re able to bring forward a range of different tenures that don’t compete with each other, quickly, so we don’t have the same absorption rate problem that many of the volume housebuilders have.” 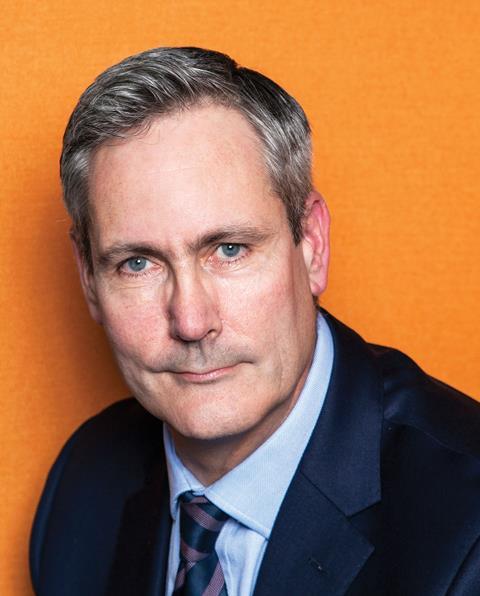 While the stereotype of a politically left-leaning housing association sector might not seem a great fit for a Conservative government, Hackett has genuinely warm words for the prime minister. He was among 15 housing sector bosses to meet her last October in Downing Street, and he supports her claim to have delivered everything they asked for that day: a long-term rent settlement, long-term funding deals and the lifting of the local authority borrowing cap. “It’s important to give government credit for listening and understanding what housing associations are saying would be the right conditions under which we can maximise delivery,” he says.

However, there’s a big “but” coming. While Hackett says the government is starting to take the right approach, he feels the amount of funding still falls woefully short. In fact, Hackett’s emollient approach masks an audacious request – that the government return to picking up half the price of a new affordable home, as it did pre-2010, rather than the 15% it does now. In other words, a three-fold increase in funding.

“Long-term deals are something the sector has been asking for […] that’s incredibly welcome. Now that it’s been acknowledged, the next step is looking at the scale of the challenge and how we can fund it,” he asserts, saying 145,000 affordable homes are needed per year – compared with fewer than 50,000 built now. “The next question, after you’ve established need and how to achieve it, is the funding that’s required to deliver that – and that’s much more significant than the £2bn that’s been promised so far.”

How significant? “You’re going to need well over £6bn a year, in my estimation, to get anywhere near the number of affordable homes that are required.” The moment for the sector to make this demand, he says, is now, with a budget and spending review in the months ahead.

But why should the government change a model that, arguably, has allowed the sector to deliver more homes for less funding than ever before? “There is an acknowledgement that the cross-subsidy model is probably at full stretch because housing associations are already optimising borrowing and optimising use of our balance sheets to maintain delivery,” he argues, saying this commercial risk is jeopardising their traditional ability to build through the housing market cycle.

The market exposure means that, like everyone else, associations’ ability to deliver could be significantly hit by a bad Brexit. “Housing association business models are very sensitive to the potential of a hard Brexit,” he says, citing the cost of imported materials, availability of labour and house price movement as key variables.

Hackett says Optivo has the financial strength to withstand a serious market crash by converting homes under construction from private sale to rent. However, he says: “If house prices fall, what it would do regarding further commitments within our pipeline [is] it would put some of those on hold. So consequently, the number we’d build would fall.” It could drop by as much as 25% in the worst scenarios, he adds.

If Hackett’s warm words for the government are twinned with a tough message, the same could be said of his view on the construction industry: “There are lots of fantastic people in the industry really committed to making a difference and delivering great-quality homes. But we have seen quality issues over the last few years that don’t reflect well upon anyone.”

Last year, the chair of G15 member Clarion resigned after defects on its new-build Orchard Village hit the headlines and the association was forced to offer to buy back properties from residents. Others have experienced serious issues with repair and maintenance work. Hackett says the industry – though he is not levelling this at any contractor specifically – has suffered from insufficient site supervision, inconsistent quality of management, and a shortage of skilled labour. “There are definitely some cultural issues; I think it does need to up its game,” he says. One area he thinks this is apparent is in offsite construction, which Hackett says is the future of the industry, but which he says is still too often too expensive and risky to be a realistic option. “Personally, I had a bad experience with a modular scheme where we had a contractor go bust midway through a contract. It added considerable cost and time. Historically, it’s been a cottage industry.”

Nevertheless, he is persisting with modular. The G15 is working with the Greater London Authority and consultant Cast on a pilot around modular build techniques, and the potential for associations to work together to aggregate demand – a big issue for those considering setting up offsite facilities. Likewise, he says, designers need to start designing for modular, or else it becomes too hard to do at contractor procurement stage. “There does need to be a rethink on how we build in this country. We’re still using methods that go back to the Middle Ages and the industry needs to look at increasing the amount of precision-manufactured value in the construction process.”

So, the message here for the construction industry is that if the potential for housing associations is huge, contractors clearly need to think hard about their offer if they’re going to stand a chance of benefiting by winning a slice of the work.