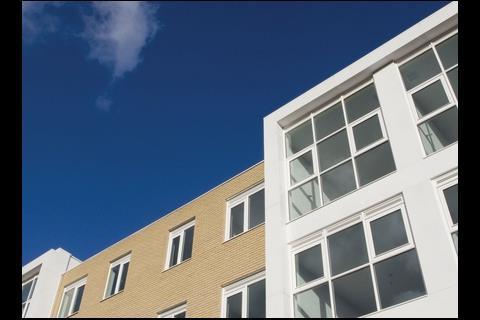 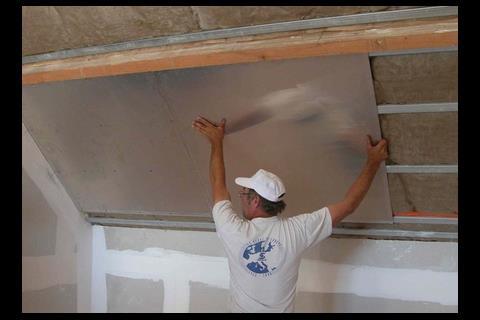 PCMs modify the interior climate, which could remove the need for air-conditioning

Phase-change materials that can store and emit energy might transform the way we design and specify buildings. As the first products come to market, Jan-Carlos Kucharek finds out how they work

Phase-change materials (PCMs) may sound like a term out of science fiction, but they might just be the future for the construction industry. These are materials that absorb energy and, in doing so, change their state, making use of the energy absorbed or released during the phase-change process.

Now, the heat-absorbing and emitting capacity of PCMs can finally be used in construction. “It’s a fledgling industry,”

says Dr Kenneth Ip of Brighton University’s Faculty of the Built Environment. He explains that lightweight construction has low thermal mass and the new paraffin-based products, which turn from solid to liquid as they absorb heat, are a solution to that problem. “The innovation has been in the development of the encapsulation techniques, giving these products the stability to be impregnated into industrial materials,” he adds.

A couple of firms have entered the market. Last December saw the launch of chemical company DuPont’s Energain product, a paraffin-based PCM held between two sheets of conductive aluminium, taped on all the edges and fixed behind standard drylining.

“PCMs were difficult to control,” says Katja Gross, project manager in DuPont’s innovation division. “But our paraffin wax is held in a 40% polymer matrix, allowing no leakage of the gel even when it’s fixed to the structure. Energain activates at 16-30°C, where it softens as it absorbs the heat of the room. Below this, it starts to release heat and solidifies again, mitigating the drop in temperature.”

In BASF’s Micronal product, paraffin droplets are contained in a non-formaldehyde shell. The thinness of the shell allows the paraffin to respond to temperature changes without leakage. BASF is working with Knauf, which has incorporated Micronal in its SmartBoard drylining.

“It looks like plasterboard, but, thermally, it behaves like 9cm of concrete,” explains Marco Schmidt, BASF’s technical director. “Ten m2 of SmartBoard, containing 3kg of Micronal, stores 1kW/h of heat energy. We believe that products modifying or managing energy transference are the future for the construction industry.”

So why isn’t everyone fitting it? The answer is found somewhere between sustainability, risk and cost. These products are based on petrochemicals, so unsustainable in terms of resources, but manufacturers would draw your attention to their life-cycles and long-term carbon emission reductions.

Further research is needed, but Schmidt points to a study carried out with PassivHaus in Darmstadt, which concluded that using Micronal could yield a 15-20% reduction in carbon emissions. Gross says that under their own testing, they came to the same conclusion.

In terms of risk, paraffin is flammable and remains so when encapsulated. Gross admits that the flashpoint of Energain is 158°C, but says the drylining in front of it acts as a fire-retardant buffer, and that BRE testing shows it as complying with product fire-test standard BS476 Parts 6 and 7. “It’s a question of construction, not material,” says Schmidt. “You have to look at individual approaches to attain fire retardancy.” As it is, the burn-load for SmartBoard rates it as Class E, as is timber.

Schmidt admits BASF’s board costs 10 times as much as standard plasterboard, and Gross mentions a payback period of eight to 10 years, but both are concerned about how their products are categorised. “It’s not a wall,” says Schmidt. “It’s a means of modifying the interior climate of a building to an extent that it could remove the need for air-conditioning. It must be seen in the light of reduced M&E.”

Tony Lucas, of architect and sustainability consultant Venner Lucas, still needs to be convinced. “It’s clearly an interesting material, and I can see applications for it in lightweight constructions,” he says. “The long-term carbon savings look impressive on paper, but I’d like to know more about the testing regime and their controls. The cost is also a consideration.”

Brighton University’s Ip thinks combustibility issues may hamper its breaking into the market initially, but says the principle of thermal storage is the way forward.

But he also feels that other products could eventually supersede paraffin. “The US is conducting research into extracting oil from soya beans, but it’s a long way from marketable applications,” he says. The same might be said for PCMs, unless, through a significant pilot project, they convince a risk-averse industry to make the quantum leap.