Qatar: ‘This dispute has escalated beyond any reasonably sane level’

With tensions between Qatar and Saudi Arabia and its allies rising by the week, many are fearful of the impact this row could have on construction companies working in the Gulf state, the World Cup 2022 preparations, and Qatari investment in UK projects 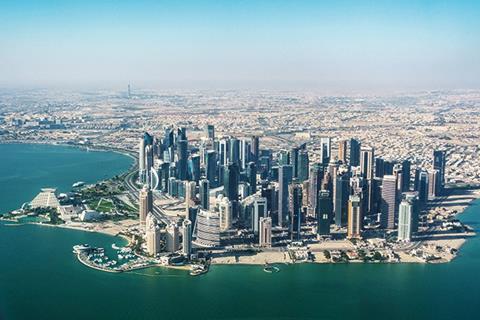 Qatar has a long history of diplomatic rows with its neighbours. As far back as 1936, for instance, Qatar was arguing with Bahrain over its rights to the Hawar Islands and the Zubara strip, which was only resolved by the International Court of Justice in 2001. Saudi Arabia and Qatar finally agreed the demarcation of their border, after years of strain, in 2008.

In more recent years, the accusations have turned particularly nasty. In 2014, Saudi Arabia, the United Arab Emirates and Bahrain halted relations with Qatar over its support for the Muslim Brotherhood, which they consider a terrorist organisation.

However, the latest escalation of tensions could prove to be the most severe. Last month, Saudi Arabia and a number of allies, including the UAE, Bahrain, Yemen and Egypt, cut ties with Qatar and imposed travel and trade bans, claiming the country had supported a number of terrorist groups aimed at destabilising the region.

Those nations produced a list of 13 demands as the price of lifting that embargo. These included closing the Al-Jazeera broadcast station, shutting down a Turkish military base under construction in Qatar, and scaling down ties with Iran. The deadline for meeting those demands has now been missed, and Qatar has been threatened with further sanctions.

Qatar has in turn condemned the countries for its refusal to negotiate, arguing it is “contrary to the principles” of international diplomacy. As a country of 2.7 million residents reliant on imports faces severe shortages, so concerns grow for construction plans that were supposed to turn Qatar into a jewel of the Middle East.

Based on the tiny state’s immense oil and gas wealth, Qatar was spending $500m (£385m) a week on major infrastructure projects. Much of this is in preparation for football’s 2022 World Cup, which Qatar hopes to use to develop its infrastructure for its longer term needs.

Around 90% of contracts for 2022, which include hotels and transport links as well as stadiums, have been awarded, and the UK construction industry has been one of the major winners. For example, Carillion is developing downtown Doha, Hyder Consulting is working on part of a major expressway, and Atkins has been lead designer on a £2.5bn metro line.

EC Harris and Arup are in a consortium led by US engineer CH2M that is overseeing the construction of the World Cup’s key infrastructure.

Here, Building delves into the key questions for the UK construction industry over this dispute.

What delays has the dispute caused so far?

Rider Levett Bucknall has a large presence in the country – it was voted consultant of the year at the Qatar Contractors Forum in 2014. RLB’s global chairman, Ann Bentley, says there has “certainly been a slowdown in terms of decision-making and a tightening of budgets”.

The concern is partly based on Qatar’s existing payment practices. Bentley says payments are typically only granted once five or six major landmarks, such as outline and detailed design, have been met and approved.

“This builds up an enormous amount of work in progress [a risky part of unpaid work on the balance sheet],” explains Bentley. “If a client in Qatar says they don’t think one particular drawing is properly finished, then you don’t even have approval to send them an invoice.”

The dispute means that the difficulty of securing cashflow on existing work has been worsened, while new projects are not being commissioned.

A chief executive of a UK firm working in Qatar says it has been “a right pain in the arse” flying senior managers between Dubai and Doha. Rather than take direct flights, they have had to transfer through London, which, he adds is “impractical” in the long term.

Other industry professionals have warned that feeding the workforce is a growing concern given 40% of food products come across the Saudi Arabian border. Egypt has also stopped sending workers to Qatar, a huge blow given nearly 180,000 of them are involved in construction and other sectors there. 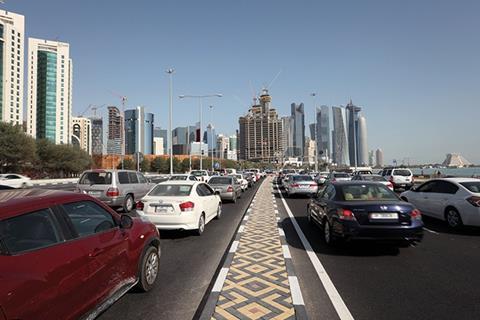 Will the dispute escalate?

Experts believe the situation could drag on for several months at least. Chris Doyle, director of the Council for British-Arab Understanding, says: “For UK Plc this is very damaging, as it’s essentially a crisis between our allies and business partners in the region. We’re dependent [in the UK] on these [Gulf] countries for 20% of our gas needs.

“I fear it will [continue] and this dispute has already escalated beyond any reasonably sane level. In Gulf politics the issue of face is important. After the UAE and Saudi Arabia have gone so far, it’s very difficult to see how they could back down and I’m not sure how Qatar can back down and allow its foreign policy to be surrendered to Riyadh.”

Alistair Carmichael, the former member of the Cabinet who chairs the All-Party Parliamentary British-Qatar Group, tells Building: “The Foreign and Commonwealth Office and US State Department have said if there is some substance to the allegations, then the Saudi Arabians and Egyptians need to produce it and they’ve had weeks to do so.

“They need to take a step back without losing face. My sense is the Qatari government is open to that but it takes two to tango. It’s certainly in the economic interest of the UK, because we have so much work on the World Cup, construction projects and the light railway.”

Most worryingly for British construction companies that work across the region, the UAE’s ambassador to Russia, Omar Ghobash, has warned that the Gulf states could ask trading partners to choose between working for them or Doha. “That’s a very, very odd announcement,” says Graham Robinson, director of Global Construction Perspectives. “Getting materials in and out of the country won’t ultimately be a problem because of Qatar’s deep water port. But they are going to have to re-route materials and that will mean deliveries will take longer and will be more costly. There could be double-digit inflationary prices.” 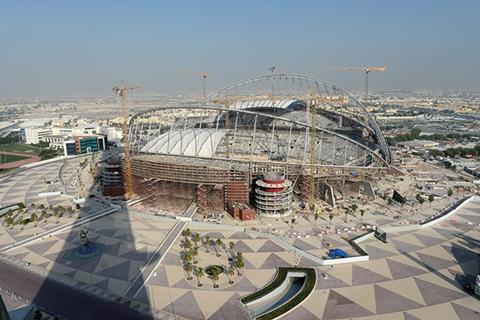 Is the World Cup project threatened?

Farouk Soussa, a Middle East economist for Citi, raised the prospect as early as the middle of last month of moving the World Cup. He said: “It is looking increasingly likely that this is going to drag on for some time and at some point the viability of the World Cup, a major anchor for projects in Qatar, will be called into question.”

However, senior sources involved in the project insist that such a question is a long time off yet. One says: “We’re not too fazed at the moment given the lead-in period, but it depends on how long the dispute goes on for, really.”

Qatar itself has moved swiftly to play down concerns. Ghanim al-Khuwari, the executive director at the Qatari committee overseeing World Cup preparations, said recently: “Work is proceeding normally […] We have actually organised alternative sources [to those coming through Saudi Arabia] from other areas in order that the work on the project is not impacted.”

Fifa, football’s governing body, has also insisted it has been in “regular contact” with organisers since the dispute arose.

How much Qatari investment comes into the UK?

There is a danger of seeing Qatar as simply a cash cow for construction within its own borders.

However, the country has become increasingly vital as an investor and client in the UK.

In March, Qatar announced it would invest £5bn in transport, property and digital technology in the UK, on top of the £40bn it has already spent.

The country’s sovereign wealth fund, the Qatar Investment Authority, owns the Shard and Harrods, while its subsidiary, the Qatari Diar Real Estate Company, is developing Chelsea Barracks for £3bn.

A leading construction consultant says there “must be a question mark over whether that £5bn will be forthcoming”.

Richard Threlfall, UK head for infrastructure, building and construction at KPMG, adds: “Clearly it would be a loss to the UK if political pressure put off investors from using that money over here.”

Make Architects designed 16 luxury escalators for Harrods. Make founder Ken Shuttleworth says: “Qatar owns quite a bit of London and was a great client at Harrods.

“Qatar is hugely important to our industry.” 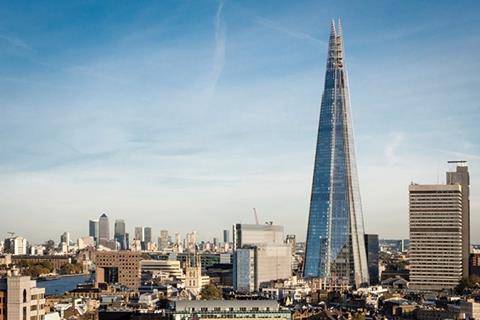 How important is Qatar to the UK’s multinational contractors and consultants?

Qatar has earmarked $200bn for infrastructure as part of its 2030 development plan. Given the UK’s recent surge in infrastructure expertise, notably from the Jubilee line, 2012 Olympic Games and Crossrail, Qatar’s plans were always going to be of huge interest to the sector.

But RLB’s Bentley says there had already been signs of British concerns over work in Qatar. She explains:

“A lot of people were becoming cautious about an overheating market – how much can one small country build?”

A Middle East source added that the UAE and Saudi Arabia were “easier to work in” than Qatar, because there was greater certainty of contracts being honoured and faster payment.

UK firms have faced criticisms over the treatment of migrant labour in Qatar, in particular accusations they have helped facilitate poor housing conditions and safety standards.

A second source close to the World Cup work says Qatar has improved workers’ rights for that showpiece event, but this has not been replicated on more everyday work.

Given Qatar’s keenness to be portrayed as a victim in this latest dispute, says the source, “it is now time to go after the authorities and get the better conditions we want out of them”.