It has been a year like no other and one, we must hope, that will never be repeated. But, while dominated by a single theme, 2020 had its plus points, both in the way the construction sector responded to the pandemic and the significant things achieved in spite of it

It was in January that Building first referred to the coronavirus pandemic, which, back then, seemed to be largely confined to China. The UK crossed its fingers and hoped it would remain that way.

As results season got into its stride at the start of March, Keller chief executive Michael Speakman became the first boss in the industry to mention the unthinkable: sites being shut down by covid-19. Did he really think this might happen? “I’d be stupid not to,” he replied. 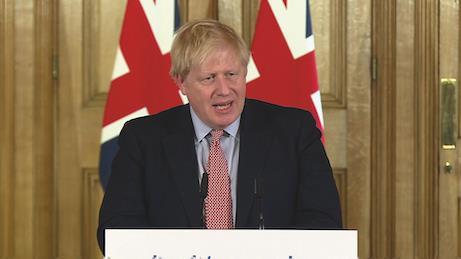 The prime minister announced a national lockdown on 23 March

A few days later, on-off French property show Mipim was definitely off, felled by covid and initially shifted to a new date in the summer before being pulled completely. Then Balfour Beatty’s Leo Quinn and Mace’s Mark Reynolds both followed Speakman and said they, too, thought sites might have to shut down. It was a worry, for sure, but was this really going to happen, would an entire part of the UK economy have to pull the shutters down overnight? It still didn’t seem quite believable.

But as the month progressed, the inevitable began taking shape. First, pubs and restaurants were ordered to close, then a few days later people were told to only go out if necessary, while the number of buses and Tube trains began to be dramatically scaled back. Briefly, the commuting habits of the nation’s builders became the lead item on national bulletins as an industry wondered how to get workers safely to sites.

From this evening, I must give the British people a  very simple instruction – you must stay at home

The scale of the unfolding catastrophe began to dawn for many. For a few days in the middle of March, it seemed as if the entire future of one of the country’s biggest industries was on the line. In a letter to prime minister Boris Johnson and chancellor Rishi Sunak, sent six days before the first lockdown, Construction Leadership Council co-chair Andy Mitchell told the pair: “If construction activity comes to [a] halt, given the scale of employment provided by our sector, there would be an immediate need for the government to provide emergency financing to keep the industry operational.” In other words, covid-19 was about to send UK construction bust.

It turned out Mitchell’s dire warning was only half-right. The government realised that unless it stepped in pretty much there and then, the entire UK economy faced going bust. 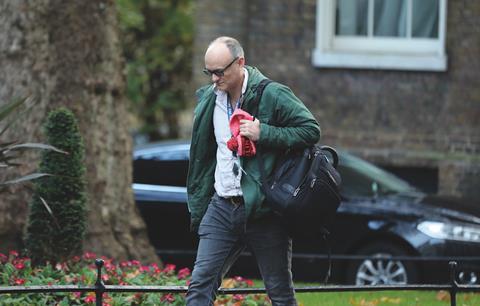 Was driving 60 miles to test one’s eyesight a

What happened next was extraordinary. A Conservative chancellor agreed, three days before Johnson’s lockdown announcement – watched by over 27 million people, making it the most viewed broadcast for years – that the state would pay the wages of those millions of employees set to be temporarily laid off because of the upcoming carnage caused by the pandemic.

“The economic intervention that I’m announcing today is unprecedented in the history of the British state,” Sunak said. For once, the hyperbole was right. At a stroke, thousands of firms were being propped up with state aid – nationalised, effectively.

Just why the scheme, officially called the Coronavirus Job Retention Scheme, which saw the taxpayer pay 80% of employees’ wages up to a monthly cap of £2,500, would become such a lifeline was made apparent in the first few days of April, when hundreds of firms began furloughing thousands of staff. According to Treasury figures, 30% of the entire UK workforce was accessing the furlough scheme at its peak in May. 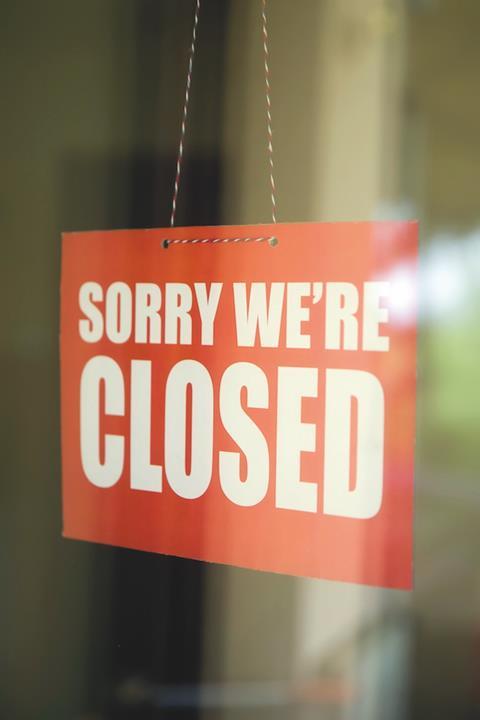 In HMRC’s latest figures for the period up to the end of September, £41bn had been claimed across all industries in furlough money – with construction claiming £3.7bn. While the number furloughed from construction had dropped from a peak of more than 700,000 in the middle of April, nearly 150,000 in the industry were still being supported by the initiative.

The lockdown, announced on 23 March, meant sites up and down the land were shut down immediately. Orders for materials fell off a cliff. In April alone, at the height of the lockdown, GDP slumped by more than 20%. With numbers like that, it was inevitable the country would head into recession, which was duly confirmed by the ONS in August when a drop of 2.2% in the first three months of the year was followed by a fall of 20.4% in the second quarter. Construction alone fell more than 35% in the three months to June.

The furlough scheme was only supposed to run until the end of May, but by the time its latest deadline – its fourth – comes and goes at the end of next March, it will have been up and running for a year.

The initiative was not enough to prevent the industry from making sweeping job cuts in spring and summer. Firms were forced to rip up previous forecasts as revenue collapsed and profits plunged. Just how much damage has been done will be confirmed only when quoted firms begin publishing their annual numbers in a few weeks’ time.

The damage to the nation’s finances, though, was laid bare by Sunak last month – and not even the death of Diego Maradona, which managed to knock the chancellor’s spending review off the top of the headlines on news websites, could completely mask that. 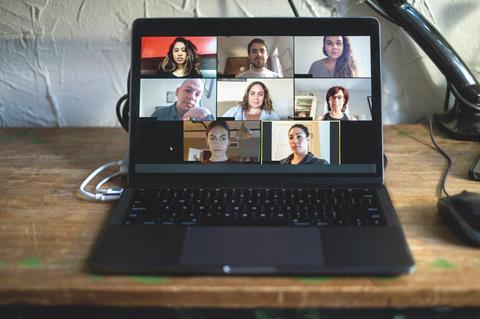 The numbers are truly eye-watering. In his March budget Sunak said he was setting aside £12bn to fight covid. Eight-and-a-bit months later he said the cost had gone up to £280bn, with £55bn more earmarked to fight the virus next year. The economy is set to fall 11.3% this year, the largest drop in 300 years, with output not expected to reach pre-crisis levels until the last quarter of 2022 – two years away. Unemployment is expected to hit 2.6 million next spring, while UK debt will rise to 97.5% of GDP by 2025/26.

And yet, despite this direst of years, there is hope for next year. There has to be. The economy is forecast to grow 5.5% next year followed by a rise of 6.6% in 2022. 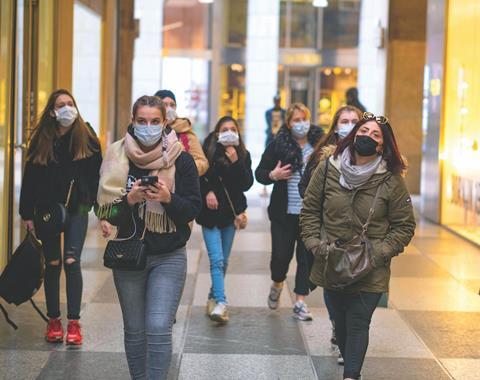 … as did face masks

The government clearly sees construction as one of the tools at its disposal to get the economy moving again. The industry was spared in the recent second lockdown – a pale imitation of the first – and told to carry on working. ONS figures showed that construction output in the third quarter increased by nearly 42%, although the gloss was taken off by a slowdown in September. Housebuilding is driving the growth but worries remain over private commercial work and, surprisingly, over infrastructure despite the flagship HS2 scheme being given the green light and infrastructure’s importance in the Tories’ so-called levelling-up agenda.

Meanwhile, firms have not keeled over, brought to their knees by covid. Not yet, anyway. Trading updates from those listed firms have tended to be positive in recent months. The mood music is calmer, the feeling one of corners being turned, whereas earlier on it was, frankly, panic stations.

And there is also good news about the prospects of vaccines – the only way out of this mess – being rolled out en masse early next year, with the hope of normal life returning by Easter. Given the prime minister said in July that “significant normality” would return by the festive period, many will wait and see – but the signs from the scientists, who tend to deal with facts rather than bluster, are encouraging.

A whistle-stop tour of the year in covid does not begin to do any sort of justice to what has happened this year, the biggest crisis the country and the world have faced since the Second World War. Working from home, Zoom, Teams, lockdown, face masks, social distancing, deserted city streets, 2m rules, shuttered shops, tiers, self-isolating, the antics of Dominic flipping Cummings – 2020 was supposed to be about none of these things. It was all meant to be about Brexit. Remember that?

Our series continues into next week with a closer look at the ups and downs for people, projects and sectors over the past 12 months