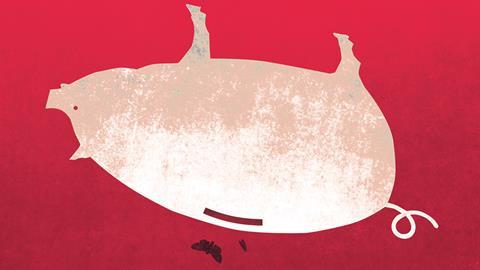 Cash is king but with holdings plummeting do contractors need a radical solution?

In business, as the old saying goes, cash is king. And in no sector of the economy is this phrase more true than contracting, where close management of the huge amounts of money that go in and go out has always been the key to staying in business. However profitable your company is in theory, if poor cash management leaves you unable to pay bills, you leave yourself vulnerable. As Paul Sheffield, chief executive of Kier, says: “Companies go out of business because they run out of cash - there’s no other reason that causes it. It’s always cash.”

The problem for contractors is that cash is vanishing from their balance sheets - and fast. Net cash holdings (money in the bank minus borrowings) held by the five largest listed contractors by turnover fell almost 90% in a year - between 2011 and 2012 - to just £46m. Auditor and accountant KPMG says an analysis it has conducted shows that the top 10 biggest builders in the UK have lost more than three quarters of a billion pounds off their cash balances over the same period. Martin Kelly, director in the firm’s restructuring practice, says: “More people are talking to me about cash - both main contractors and down the supply chain - than at any point in the last 10-15 years, since the last recession. It’s all parties interested in it.”

While the continuing weak construction economy is clearly at the root of the problem, there are specific drivers for the current spike in concern. So how worried should the industry be about this issue thatt is increasingly running to the top of the main board’s agenda? And, given predictions that low workloads will continue for some time to come, is there anything main contractors can do about it?

The problem has been building since the credit crunch started. One big appeal of the contracting business, during the good times, is its ability to generate huge volumes of cash flow very quickly. Main contractors commonly receive anything up to 10% down-payment up front, before they’ve had to outlay anything to subcontractors. And payment for the whole of the building job goes through their balance sheet, strengthening their businesses, despite the fact they often only carry out a fairly small part directly.

This capacity to generate large sums is one of the reasons why contractors are traditionally content to receive such small margins, anything between 2-5%, for their work. Kevin Cammack, analyst at Cenkos, says: “If you have a contractor with a 1-2% operating margin, but with a large amount of cash in the bank, they’re often making as much money from interest in the bank. It’s why they’re prepared to work for that margin.” All of this means that in a buoyant market, such as existed before 2008, contractors often hold sums of anything up to 20-25% of their annual revenue as cash in the bank.

The problem is that as workload reduces in a downturn and the advances stop flowing in, the exact opposite happens. Cash gets sucked out of your business, while you continue having to pay your debts to the supply chain from existing work - and you are only able to replace this cash with smaller advances coming in. A lack of cash may then tempt contractors to secure work at very low or even loss-making margins, as getting hold of one vital advance to tide you over can be the difference between life and death in the short term. Over time, of course, this can create a downward spiral as the rate that cash leaves your business is increased, when the new work you are winning is at a far lower margin than work won in the good times.

You’ve got to have a cash strategy in place, and if companies need to be told that they’re in a worrying position anyway

Concerted pressure on both workload and margin has meant that, far from holding in excess of 20% of revenue, the top five UK listed contractors’ combined net cash of £46m now amounts to just 0.24% of their £19bn annual revenues from their most recent reports. Even this is likely to be an overestimate of their position, as contractors generally ensure that debts to them are paid before year end in order to report a good cash position, meaning that for much of the year their cash levels will be significantly lower. As KPMG’s Kelly says: “Margins have been the big story for a number of years. Increasingly now it’s about cash.”

This isn’t to suggest that the top five listed contractors are about to go bust - larger companies have more scope to solve cash flow problems by moving money around the business. But for smaller companies that may be over-reliant on a small number of significant contracts, the impact can be devastating. Robin Hardy, analyst at Peel Hunt, says: “For very small businesses the classic move was to spend all of the money they needed to pay the tax and VAT bills on other bills and salaries, hoping that things would come right before the next big tax bill. If you then couldn’t pay the [Inland] Revenue, that was usually the end of the show.”

But even for those not at risk of going under, low cash reserves have an insidious, damaging effect as they limit firms’ ability to invest in their business and create new opportunities for future growth, potentially trapping companies in a low-growth situation. Cenkos’ Cammack, for example, downgraded his share price expectation for Carillion this week for, in part, exactly that reason. Conversely, Morgan Sindall and Kier are two businesses that have publicly said their relatively low cash positions are down to the fact they have been investing in other parts of their businesses, again demonstrating the link between cash today and growth tomorrow. Peel Hunt’s Hardy says the existence of a large number of contractors with little cash risks creating an undynamic “zombie” economy.

Running out of options

And if main contractors are now feeling the pinch, the situation is undoubtedly far worse for subcontractors. This is because main contractors facing pressure on their cash flow will try to hoard cash by delaying payment to their subcontractors. As Hardy says: “Typically anybody holding the purse strings is able to exert pressure. The client chooses whether or not to pay on time.” Those further down the supply chain have less ability to do this. Kelly says: “If you’re a fit-out subcontractor you have very little option to stretch your supply chain, as it’s mostly staff and trades. It’s just a fact - you have to pay them each week or they won’t turn up.” 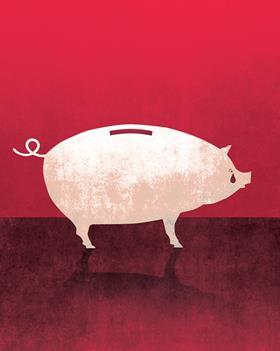 For main contractors, though, this behaviour can only get you so far. Analysts say that much of the reason for the current cash crunch is that main contractors extended payments to their supply chains earlier in the recession by as much as possible, and now have few options to better manage their cash position. Cenkos’ Cammack says: “This is not about a sudden decline in revenues, it’s that it’s only now that contractors are having to absorb it themselves.

“People are now running out of stores with which to protect their cash outflow. For the first year to 18 months of the downturn contractors were able to push this down the supply chain. But they’ve tightened the noose around subbies as far as they can.”

This problem is exacerbated by the government’s efforts to help subcontractors by ensuring timely payment on government contracts, with initiatives such as the much more widespread use of Project Bank Accounts (PBA). Under PBAs subbies are guaranteed timely payment as the money is held in an independent account, meaning the main contractor never sees the money for a moment on its balance sheet. Kier’s Paul Sheffield says that this, along with more onerous payment time stipulations generally, is starting to impact his firm. “If you look at government frameworks such as Procure 21+, it stipulates payment to the supply chain in circa 10 days - and they do audit it. There is quite a lot of pressure on this and all of it is affecting our cash flows.”

While Sheffield says Kier is relaxed about its cash position, it is these pressures that are making him one of a number of contractors to consider a controversial form of supply chain finance called “reverse factoring”. Under this system the timely payment of a subcontractor’s invoice is financed by a third party for a short period, enabling the subbie to get hold of its cash at the same time as the main contractor also holds onto its money. Carillion and Balfour Beatty are already part of a government-backed scheme to use the system on government work. However it is controversial with some subcontractors because it is the supplier that pays the charge for the financing, which therefore comes off its profit margin.

Supporters say the charge is kept low by the fact the finance is raised on the strength of the main contractor’s (much larger) balance sheet - the “reverse” element to this form of factoring. Sheffield says: “We think it’s very sensible actually and are looking into it. The cost of factoring is actually pretty low, and we would never use it in order to lengthen our payment times. This is a question of giving the supplier an option to be paid in 5-10 days rather than, say, 40 days.”

With the previously little known practice of reverse factoring being widely discussed for the first time, it is clear that contractors’ cash balances are at the top of their agenda. In a way this is nothing unusual - contractors have always had to be careful, as Sheffield says: “You’ve got to have a cash strategy in place, and if companies need to be told that they’re in a worrying position anyway.” What is new, though, is how little room for manoeuvre the main contractors now have - the prolonged recession is seriously raising the stakes.

CASH: WHEN IS IT A PROBLEM?

When businesses report accounts, the cash flow statement is the third required statement, behind the income statement and the balance sheet, and it links the two together. It is a snapshot of the bank balance at the end of the reporting period, demonstrating how much money there is to pay bills, staff and invoices. Different types of businesses have different cash profiles, with contracting usually strongly cash generative.

When assessing a business, analysts tend to look first at the “net cash” position, which is the amount of money in the bank minus the firm’s borrowings. This is important because if the borrowings are more than the cash (net debt), then the firm’s interest payments will outweigh the interest it earns. This is fine for businesses with large assets, such as developers, but contractors should tend to hold cash.

Andy Brown, analyst at Panmure Gordon, says: “If I see rising net debt on a contractor’s balance sheet, that would ring alarm bells with me.” The ability to fund a debt position, is measured by its “cash interest cover” - the amount of operating profit compared to the firm’s interest payments. Browns says he would expect a contractor’s operating profit to be three times its interest. Likewise a firm’s leverage, its earnings before interest, tax and amortisation relative to net debt, should be at least three times. These measures can be used as covenants on a contractor’s loans.

The final measure used is that of “free cash flow”, which is the cash available once working capital and investment have been taken into account, and which determines the money available to give potential returns to investors in the business.